How Much Will the Second Round of Large-Scale Asset Purchases Affect Inflation and Unemployment? -Liberty Street Economics 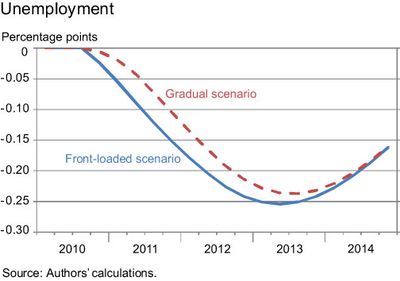 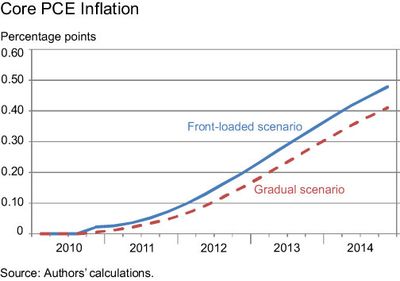 Some market observers have also entertained the possibility that the second round of the LSAP could have a substantial impact via a depreciation of the dollar. This channel is difficult to quantify because the argument relates more to the pressure that the LSAP could place on countries that are currently pegging their exchange rates to the dollar than the actual effects on the market price of the dollar (see, for instance, Dumas on China). Nevertheless, we try to evaluate the relevance of this effect by including the nominal trade-weighted broad dollar index as an additional variable in our VAR model.


Disclaimer
The views expressed in this post are those of the author(s) and do not necessarily reflect the position of the Federal Reserve Bank of New York or the Federal Reserve System. Any errors or omissions are the responsibility of the author(s).
Posted by Blog Author at 10:00:00 AM in Exchange Rates, Fed Funds, Inflation, Macroecon, Monetary Policy, Treasury, Unemployment