Around the World in 8,379 Foreign Entities -Liberty Street Economics 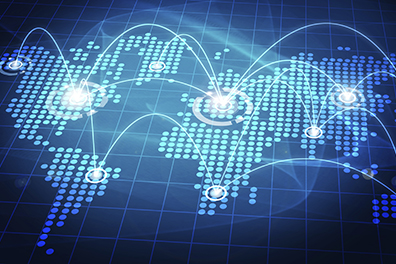 Foreign ownership is highly concentrated in a few firms
Of the roughly 4,800 topholders in our data set (U.S. entities that are not owned by another entity) only 2.8 percent operate one or more foreign affiliates. The high degree of concentration is illustrated in the chart below, which shows the number of foreign branches, bank subsidiaries, and nonbank subsidiaries owned by the most significant ten topholders in our data set. Citigroup, JPMorgan Chase, and Bank of America possess 75 percent of all foreign branches; Morgan Stanley, General Electric, and Goldman Sachs own 63 percent of all foreign bank subsidiaries. 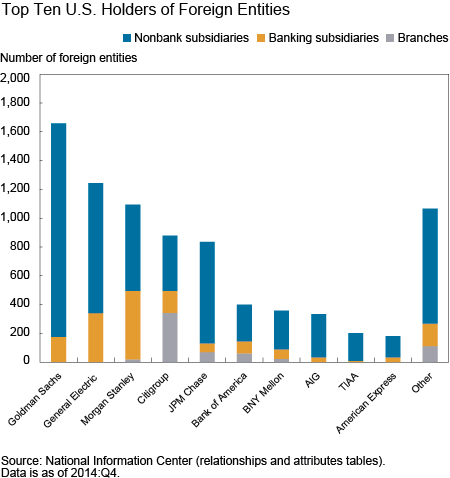 Internationally active institutions have become more global over time
The next chart summarizes the evolution of U.S. banks’ foreign ownership of branches and bank subsidiaries from 1990 to 2014. To make the numbers comparable over time, we did not include entities that were only recently put under the Fed’s supervision as a result of regulatory changes. These are firms that converted to bank holding companies (BHCs) during the financial crisis as well as savings and loan holding companies (SLHCs), which the Dodd-Frank Act put under Fed supervisory authority in 2011. (The BHCs excluded from the chart are General Electric, American Express, General Motors Acceptance Corporation/Ally, Goldman Sachs, Morgan Stanley, Discover, CIT, and Metlife.) Similarly, entities that J.P. Morgan and Bank of America acquired from Bear Stearns and Merrill Lynch, respectively, are left out, since data for these entities are only available since 2008. 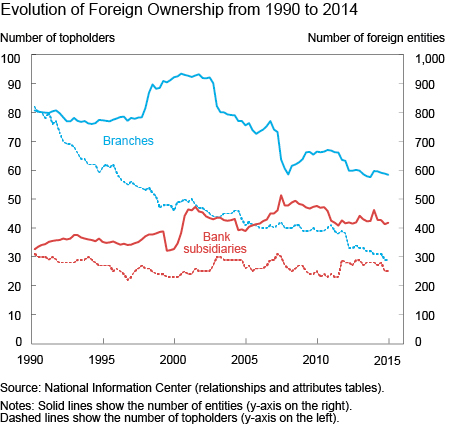 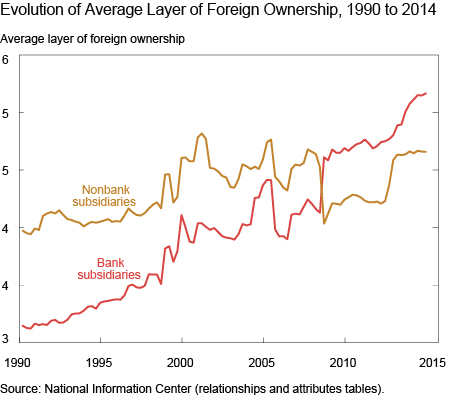 Some Substantial Changes in the Geographic Distribution
The interactive charts below show the number of branches, bank subsidiaries, and nonbank subsidiaries across countries and over time. The darker-shaded a country is, the larger the number of entities that U.S. financial institutions operate there. The bar at the top of each chart can be used to explore the geographic distribution of entities over time.


The next pair of charts summarizes information from above, depicting the number of foreign branches and bank subsidiaries by region over time (ignoring entities that entered our sample only recently). The first chart reveals that the decline in total foreign branches since the early 1990s has been driven largely by a retrenchment from the Caribbean and Latin America. The steady fall in the number of entities in the Caribbean is almost entirely due to branch closures on the Cayman Islands. The large drop in the number of Latin American branches in 2006-07 can be explained by Bank of America closing nearly all of its branches in Chile and Argentina. The expansion in ownership of foreign bank subsidiaries, seen in the second chart, has been driven by an increase in activity in Europe, particularly by Citigroup and BankBoston (since acquired by Bank of America) in the United Kingdom and Luxembourg. 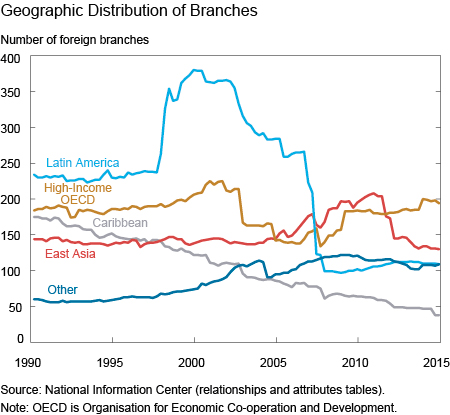 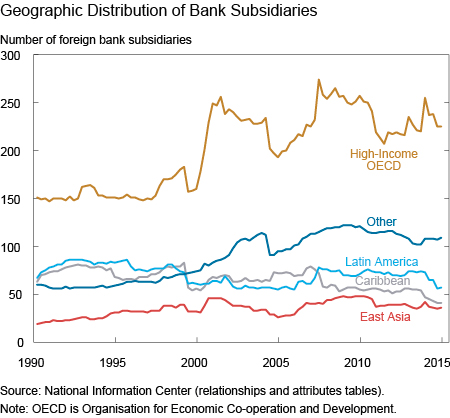 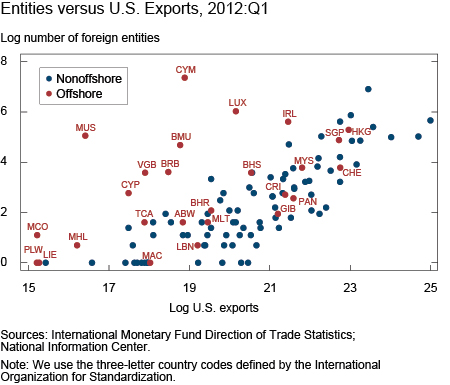 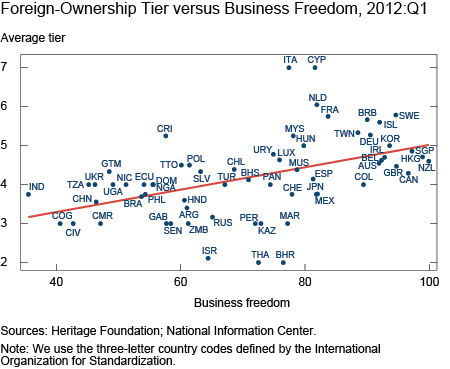 Conclusion
U.S. financial institutions are active around the globe, owning branches and subsidiaries in a growing number of countries. Data from NIC allow us to trace the foreign ownership structure of all U.S. banking organizations over time. Interestingly, the global financial crisis appears to have had relatively little impact so far on banks’ foreign ownership. While foreign branch networks are shrinking, subsidiary networks are expanding and are increasingly complex. Still, it remains to be seen whether financial reforms will have an impact on the scope and the form of U.S. banks’ global activities over time.

Preston Mui is a former senior research analyst in the Research and Statistics Group.
Posted by Blog Author at 07:00:00 AM in Exports, Financial Institutions, International Economics