« At the N.Y. Fed: Workshops and New Research on Improving Bank Culture and Governance | Main | Historical Echoes: The Bank Teller Action Figure, or It’s All in the Packaging »

Let the Light In: How Financial Reporting and Transparency Improve Corporate Governance 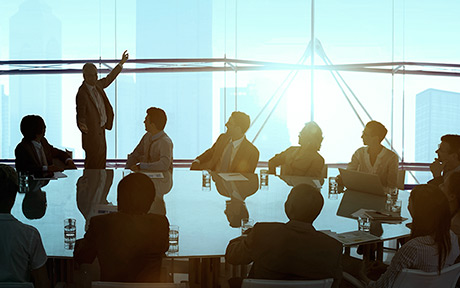 Financial reporting is valuable because corporate governance—which we view as the set of contracts that help align managers’ interests with those of shareholders—can be more efficient when the parties commit themselves to a more transparent information environment. This is a key theme in our recent article “The Role of Financial Reporting and Transparency in Corporate Governance,” which reviews the literature on the part played by financial reporting in resolving agency conflicts among managers, directors, and shareholders. In this post, we highlight some of the governance issues and recommendations discussed in the article.

Formal and Informal Contracts
Our survey also highlights the distinction between formal and informal contracting relationships, and discusses how both can shape a firm’s governance structure. Formal contracts, such as written employment agreements, are often quite narrow in scope and tend to be relatively straightforward to analyze. Informal contracts are used to govern longer-term, complex relationships and allow the parties to engage in a broad set of activities for which a formal contract is either impractical or infeasible. For example, the responsibilities of the chief executive officer (CEO) are so complex that it is difficult for firms to draft a contract that covers all possible contingenies. Consequently, although some CEOs do have formal employment contracts, these contracts are necessarily incomplete and relatively narrow in scope. As a result, the board and the CEO develop informal rules and understandings that guide their behavior over time.

One Size Fits All?
Another key theme of our survey is that a firm’s governance structure and its information environment evolve together to resolve the firm’s particular set of agency conflicts. Consequently, one should not necessarily expect every firm to converge to a single “best” type of governance structure and financial reporting system. Instead, one should expect to observe heterogeneity in these mechanisms that reflects differences in firms’ economic and financial characteristics. We argue that the corporate governance literature seems unduly burdened by the notion that certain governance structures can be categorically identified as “good” or “bad.”

What’s Different about Banks?
We pay special attention to the literature on the governance of banks and other financial intermediaries. Bank governance tends to differ in important ways from the governance of other firms owing to the existence of public governance, such as regulatory oversight and capital requirements, which may either substitute for or complement internal mechanisms, such as the board. In particular, public governance is supposed to serve the interests of various public constituencies who expect safe and sound financial institutions. These objectives do not necessarily coincide with those of investors who demand performance, which necessarily entails taking risks. The incentives for information production are also different in banks. Policies such as living wills, the explicit prohibition against bailouts, and stress testing can encourage voluntary disclosure by banks. At the same time, however, regulations such as the annual stress testing may reduce other parties’ incentives for information production (credit analysts, for example). We argue that closer examination of how managers, analysts, and regulators interact to produce information about banks and financial institutions is an area ripe for future research.

Rules to Live By
Finally, we discuss five governance practices that can facilitate the production of information and enhance the transparency of banks and possibly other firms. First, separating the positions of CEO and board chair can improve the accuracy and timeliness of financial reporting, since board chairs have incentives to provide information to stakeholders that the CEO might prefer be kept private. Second, identifying successors to replace key members of the executive management team, should the need arise, is likely to facilitate a smoother, more effective transition and a steadier flow of credible information. Third, an incentive structure that rewards managers who share information—both good and bad—with regulators could be established. Fourth, if boards were to engage in regular self-assessments and they agreed to share this information with regulators, such evaluations might facilitate the replacement of ineffective directors. And fifth, bank creditors could take a more prominent role in demanding timely and accurate information, which could improve the efficacy and efficiency of their own monitoring as well as that of other stakeholders.


Christopher S. Armstrong is an associate professor of accounting at the Wharton School of the University of Pennsylvania.

Wayne R. Guay is the Yageo Professor of Accounting at the Wharton School of the University of Pennsylvania.

Hamid Mehran is an assistant vice president at the Federal Reserve Bank of New York.