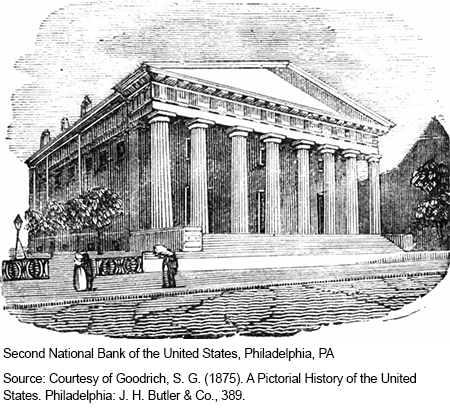 Posted by Blog Author at 7:00 AM in Crisis Chronicles , Exports, Panic | Permalink | Comments (6)

Crisis Chronicles: The Crisis of 1816, the Year without a Summer, and Sunspot Equilibria

In 1815, England emerged victorious after what had been nearly a quarter century of war with France. And during those years, encouraged by high prices and profits, England greatly expanded its agricultural and industrial capacity in terms of land and new machinery, with these activities often financed on credit. Improved harvests from 1812 to 1815 coincided with an export market boom in 1814, as the continent began to reopen for trade and speculation in South America increased. But the speculation turned to frenzy compared to the boom of 1810 as everything that could be shipped was shipped—until the speculation broke. The crisis started first with farmers and landlords, spread to business and industry, and was followed by mass starvation on the continent. In this edition of Crisis Chronicles, we recount the Crisis of 1816, the Year without a Summer, and the idea of Sunspot Equilibria.

Continue reading "Crisis Chronicles: The Crisis of 1816, the Year without a Summer, and Sunspot Equilibria" »

Crisis Chronicles: The British Export Bubble of 1810 and Pegged versus Floating Exchange Rates

In the early 1800s, Napoleon’s plan to defeat Britain was to destroy its ability to trade. The plan, however, was initially foiled. After Britain helped the Portuguese government flee Napoleon in 1807, the Portuguese returned the favor by opening Brazil to British exports—a move that caused trade to boom. In addition, Britain was able to circumvent Napoleon’s continental blockade by means of a North Sea route through the Baltics, which provided continental Europe with a conduit for commodities from the Americas. But when Britain’s trade via the North Sea was interrupted in 1810, the boom ended in crisis. In this edition of Crisis Chronicles, we explore the British Export Bubble of 1810 and ask whether pegged or floating exchange rates are better for an economy.

Crisis Chronicles: The Hamburg Crisis of 1799 and How Extreme Winter Weather Still Disrupts the Economy

With intermittent war raging across much of Western Europe near the end of the eighteenth century, by about 1795, Hamburg had replaced Amsterdam as an important hub for commodities trade. And from 1795 to 1799, Hamburg boomed. Prices for goods increased, the harbor was full, and warehouses were bulging. But when a harsh winter iced over the harbor, excess demand and speculation drove up prices. By spring, demand proved lower than supply, and prices started falling, credit tightened, and the decline in prices accelerated. So when a ship bound for Hamburg laden with gold sunk off the coast, an act meant to avert a crisis failed to do so. In this issue of Crisis Chronicles, we use some diverse sources from the American Machinist and Mary Lindemann’s Patriots and Paupers to explore the Hamburg crisis of 1799 and describe how harsh winter weather still impacts the economy today.

Posted by Blog Author at 7:00 AM in Crisis Chronicles , Exports | Permalink | Comments (0)

Crisis Chronicles: The Collapse of the French Assignat and Its Link to Virtual Currencies Today

In the late 1700s, France ran a persistent deficit and by the late 1780s struggled with how to balance the budget and pay down the debt. After heated debate, the National Assembly elected to issue a paper currency bearing an attractive 3 percent interest rate, secured by the finest French real estate to be confiscated from the clergy. Assignats were first issued in December 1789 and initially were a boon to the economy. Yet while the first issues brought prosperity, subsequent issues led to stagnation and misery. In this edition of Crisis Chronicles, we review how fiat money inflation in France caused the collapse of the French assignat (subscription required) and describe some interesting parallels between the politics of French government finance (subscription required) in the late 1700s and more recent fiscal crises.

Continue reading "Crisis Chronicles: The Collapse of the French Assignat and Its Link to Virtual Currencies Today" »

Today, a leisurely trip down a canal on a quiet Sunday afternoon is a reminder of an unhurried time away from the hectic pace of modern commerce. But this was not always so. From the late 1790s into the early 1800s, canal transport was a crucial element of the industrial revolution—a time when barges were loaded with raw materials and goods rather than tourists and holidaymakers. By the mid-1700s, manufacturing was evolving from a cottage industry to a factory system in which goods could be produced en masse. But mass production required heavy raw materials like coal and a way to ship sometimes fragile goods such as pottery to market. And while more roads were being built or improved, they weren’t very efficient—one horse could pull a ton on land, but up to thirty or even fifty tons on a boat. So when the Third Duke of Bridgewater built a canal to transport coal directly to Manchester and Liverpool, the price of coal was halved, but the Duke’s profits soared. In this edition of Crisis Chronicles, we explore England’s Canal Mania, drawing on studies from The Economic History Review on Manchester, the Thames, and British Public Finance.

Posted by Blog Author at 7:00 AM in Crisis Chronicles , Inflation | Permalink | Comments (2)

As we observed in our last post on the Continental Currency Crisis, the finances of the United States remained chaotic through the 1780s as the young government moved to establish its credit. U.S. Congress was finally given the power of taxation in 1787 and, in 1789, Alexander Hamilton was appointed as the first Secretary of the Treasury. Hamilton moved quickly to begin paying off war debts and to establish a national bank—the Bank of the United States. But in 1791, a burst of financial speculation in subscription rights to shares in the new bank caused a tangential rally and fall in public debt securities prices. In this edition of Crisis Chronicles, we describe how Hamilton invented central bank crisis management techniques eight decades before Walter Bagehot described them in Lombard Street.

Continue reading "Crisis Chronicles: Not Worth a Continental—The Currency Crisis of 1779 and Today’s European Debt Crisis" »

Posted by Blog Author at 7:00 AM in Crisis Chronicles , Inflation | Permalink | Comments (1)

Crisis Chronicles: The Credit and Commercial Crisis of 1772

During the decade prior to 1772, Britain made the most of an expansion in colonial lands that required significant capital investment across the East and West Indies and North America. As commodities like tobacco flowed from colonial lands to Britain, merchandise and basic supplies flowed back to the colonies. With capital scarce in the American colonies, colonial planters were eager to borrow cheap capital from British creditors. But because planters often maintained open lines of credit through multiple trade channels, creditors had no way of knowing a particular planter’s indebtedness. So when two banks in London failed, contagion spread and the credit boom suddenly ended. In this edition of Crisis Chronicles, we learn the perils of private indebtedness and offer an inverse comparison of today’s “originate-to-distribute” mortgage market.

Continue reading "Crisis Chronicles: The Credit and Commercial Crisis of 1772" »

Posted by Blog Author at 7:00 AM in Credit, Crisis Chronicles , Inflation | Permalink | Comments (0)

During the economic boom and credit expansion that followed the Seven Years’ War (1756-63), Berlin was the equivalent of an emerging market, Amsterdam’s merchant bankers were the primary sources of credit, and the Hamburg banking houses served as intermediaries between the two. But some Amsterdam merchant bankers were leveraged far beyond their capacity. When a speculative grain deal went bad, the banks discovered that there were limits to how much risk could be effectively hedged. In this issue of Crisis Chronicles, we review how “fire sales” drove systemic risk in funding markets some 250 years ago and explain why this could still happen in today’s tri-party repo market.