Historical Echoes: Anthropomorphism in the Service of Child and Adult Financial Education

Everything seems to be anthropomorphized at one time or another—especially in advertising, where one needs to get a point across simply and memorably. So it’s not surprising that the idea has been used in financial education for children.

Here are a few examples from educational comic books distributed by the Federal Reserve Bank of New York in which both paper and coin money are anthropomorphized: 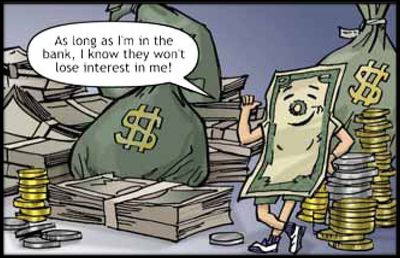 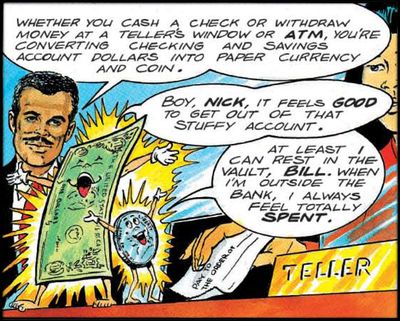 The Fed isn’t the only central bank producing comics in which anthropomorphized money plays a role. Here’s an educational comic book from the Reserve Bank of India, in which “Money Kumar” teaches children about monetary policy.

And now for adult financial education: The idea of an animated dollar (Mr. Dollar) was also used in a 1967 TV commercial in New Zealand as part of a large-scale advertising campaign when the government switched from a pound-based to a dollar-based (decimal) system. The Reserve Bank of New Zealand also issued a pamphlet called “Explaining New Zealand’s Currency,” in which Mr. Dollar makes a brief appearance. The pamphlet, in addition to providing a history of the currency accompanied by lovely photographs of historical money, includes a discussion of why the idea of a decimal currency was rejected in 1933 and 1957 and how, in 1967, the country achieved decimalization and decided to call the new unit “dollar.”

Mr. Sherman,
RELAX! The Fed is providing the tools that teachers and parents can use when having a discussion about money. I was working on my undergrad when a public radio blog first introduced me to the Fed's financial literacy comics. These comics covered, in detail, everything that was on a test that I was going to be taking for a Monetary Policy course a few weeks later. Read these, and tell me they're not filled with TONS of information. Most of it you know, but its just an easier format to read than a text book.

Sadly our school systems do such a horrible job the Fed seems to think it needs to use comics to fill the void. Hopefully the era of government thinking people are idiots will soon pass. Parents need to take economic, civics and American history education into their own hands and find good schools in or out of the public system.