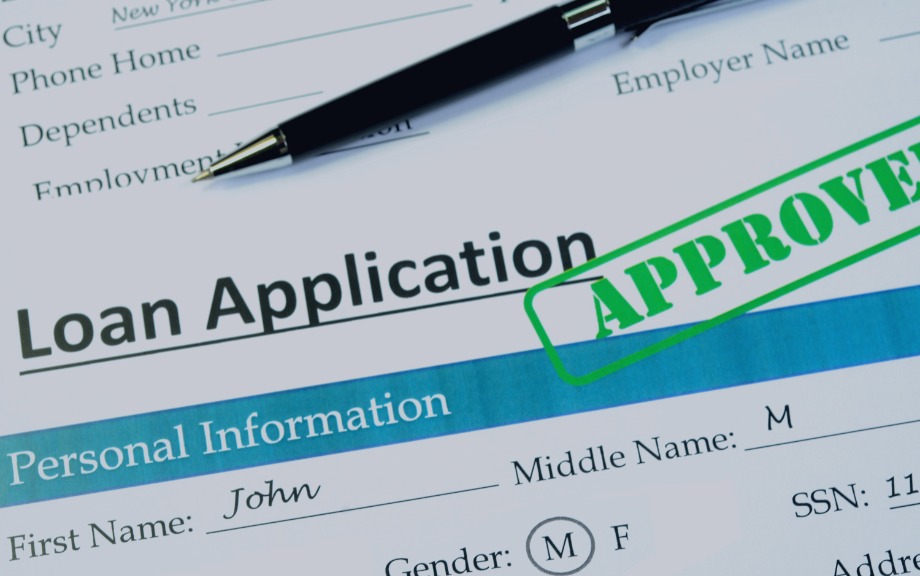 Banks monitor borrowers after originating loans to reduce moral hazard and prevent loan losses. While monitoring represents an important activity of bank business, evidence on its effect on loan repayment is scant. In this post, which is based on our recent paper, we shed light on whether bank monitoring fosters loan repayment and to what extent it does so.

How Is the Corporate Bond Market Functioning as Interest Rates Increase? 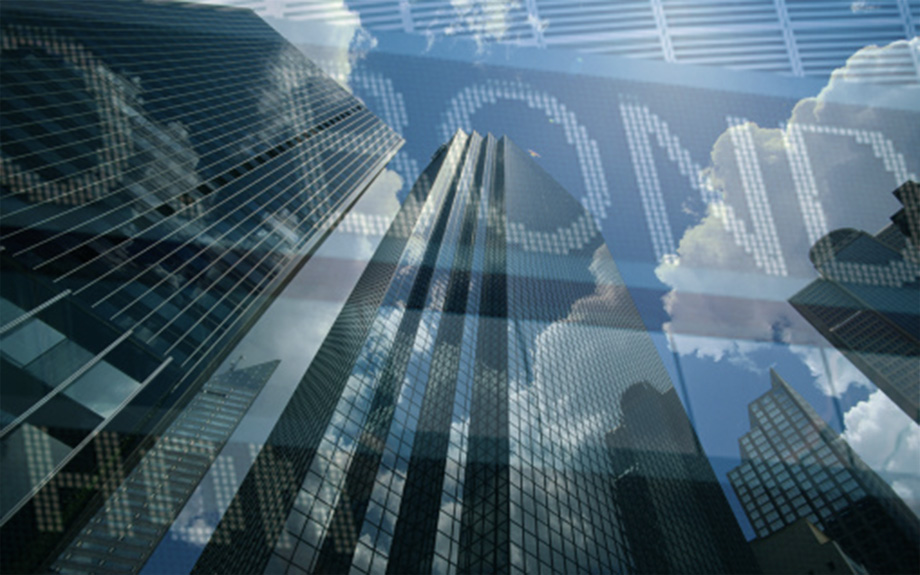 The Federal Open Market Committee (FOMC) has increased the target interest rate by 3.75 percentage points since March 17, 2022. In this post we examine how corporate bond market functioning has evolved along with the changes in monetary policy through the lens of the U.S. Corporate Bond Market Distress Index (CMDI). We compare this evolution to the 2015 tightening cycle for context on how bond market conditions have evolved as rates increase. The overall CMDI has deteriorated but remains close to historical medians. The investment-grade CMDI index has deteriorated more than the high-yield, driven by low levels of primary market issuance.

Breaking Down the Market for Misinformation 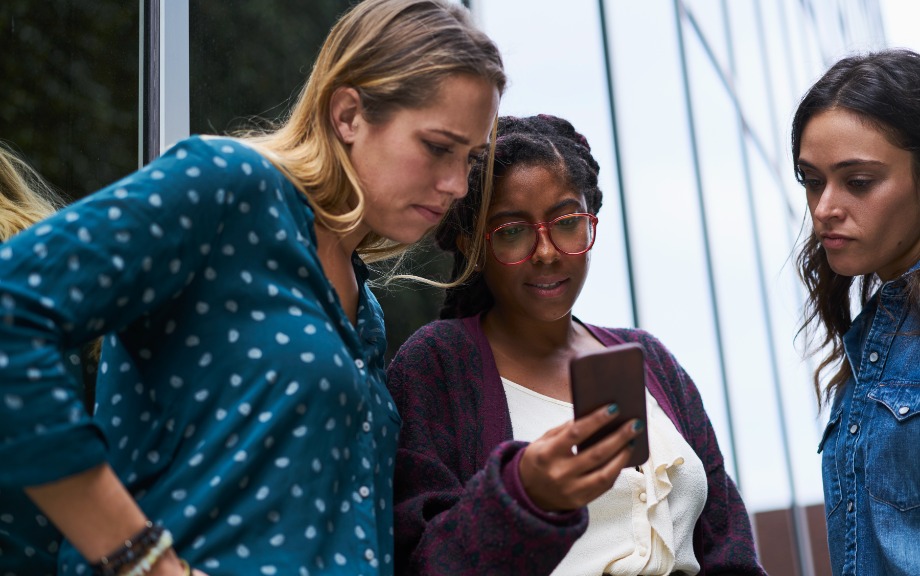 The spread of misinformation online has been recognized as a growing social problem. In responding to the issue, social media platforms have (i) promoted the services of third-party fact-checkers; (ii) removed producers of misinformation and downgraded false content; and (iii) provided contextual information for flagged content, empowering users to determine the veracity of information for themselves. In a recent staff report, we develop a flexible model of misinformation to assess the efficacy of these types of interventions. Our analysis focuses on how well these measures incentivize users to verify the information they encounter online. 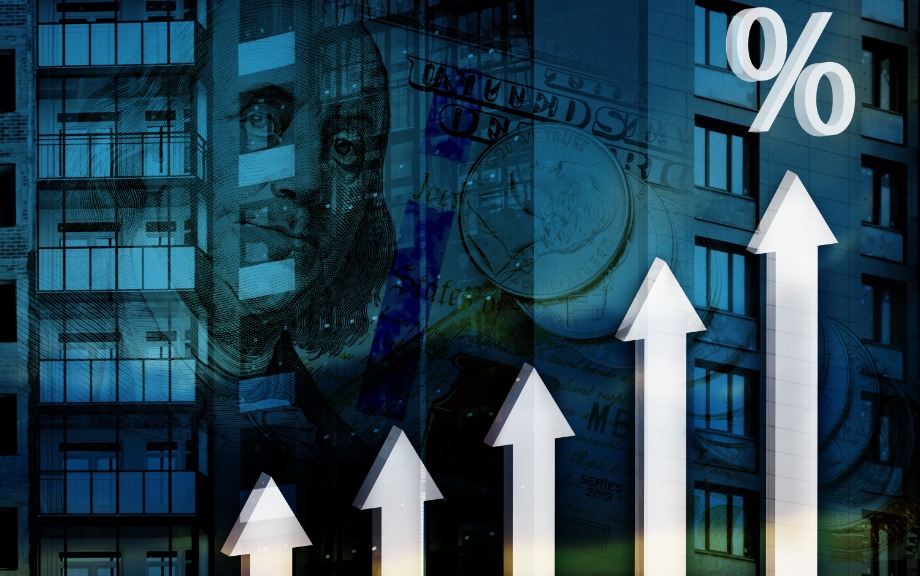 When the Federal Open Market Committee (FOMC) wants to raise the target range for the fed funds rate, it raises the interest on reserve balances (IORB) paid to banks, the primary credit rate offered to banks, and the award rate paid to participants that invest in the overnight reverse repo (ON RRP) market to keep the fed funds rate within the target range (see prior Liberty Street Economics posts on this topic). When these rates change, market participants respond by adjusting the valuation of financial products, of which a significant category is deposits. Understanding how deposit terms adapt to changes in policy rates is important to understanding the impact of monetary policy more broadly. In this post, we evaluate the pass through of the fed funds rate to deposit rates (that is, deposit betas) over the past several interest rate cycles and discuss factors that affect deposit rates.

Balances Are on the Rise—So Who Is Taking on More Credit Card Debt? 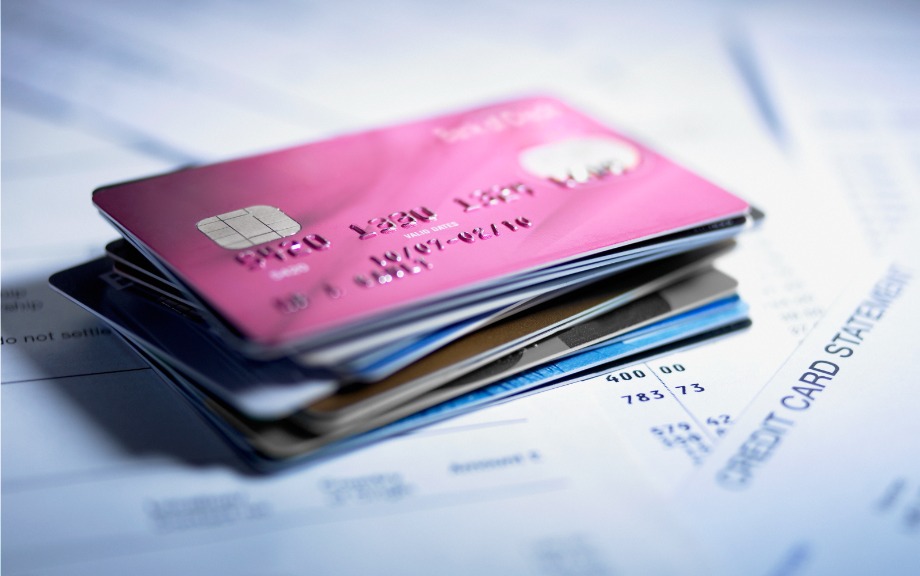 Total household debt balances continued their upward climb in the third quarter of 2022 with an increase of $351 billion, the largest nominal quarterly increase since 2007. This rise was driven by a $282 billion increase in mortgage balances, according to the latest Quarterly Report on Household Debt & Credit from the New York Fed’s Center for Microeconomic Data. Mortgages, historically the largest form of household debt, now comprise 71 percent of outstanding household debt balances, up from 69 percent in the fourth quarter of 2019. An increase in credit card balances was also a boost to the total debt balances, with credit card balances up $38 billion from the previous quarter. On a year-over-year basis, this marked a 15 percent increase, the largest in more than twenty years. Here, we take a closer look at the variation in credit card trends for different demographics of borrowers using our Consumer Credit Panel (CCP), which is based on credit reports from Equifax.

How Liquid Has the Treasury Market Been in 2022? 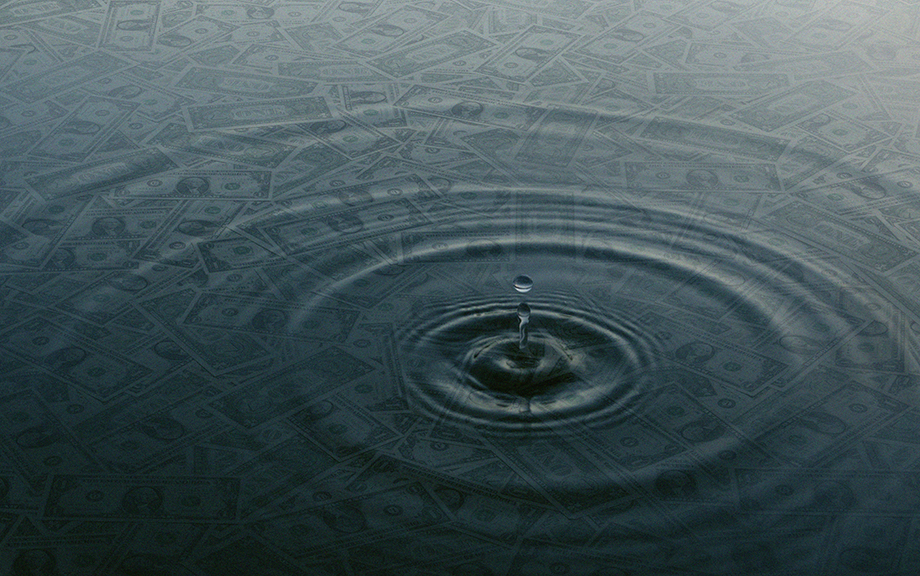 Policymakers and market participants are closely watching liquidity conditions in the U.S. Treasury securities market. Such conditions matter because liquidity is crucial to the many important uses of Treasury securities in financial markets. But just how liquid has the market been and how unusual is the liquidity given the higher-than-usual volatility? In this post, we assess the recent evolution of Treasury market liquidity and its relationship with price volatility and find that while the market has been less liquid in 2022, it has not been unusually illiquid after accounting for the high level of volatility. 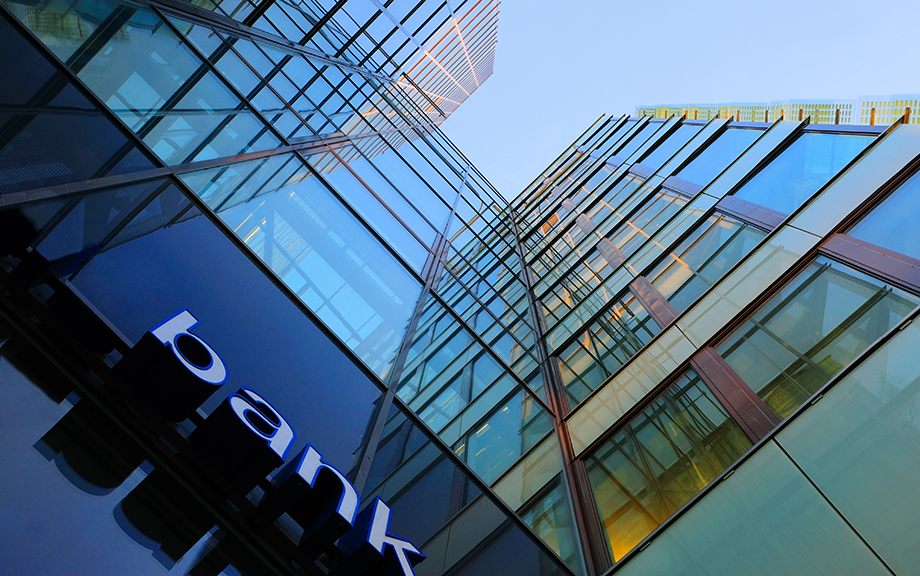 To assess the vulnerability of the U.S. financial system, it is important to monitor leverage and funding risks—both individually and in tandem. In this post, we provide an update of four analytical models aimed at capturing different aspects of banking system vulnerability with data through 2022:Q2, assessing how these vulnerabilities have changed since last year. The four models were introduced in a Liberty Street Economics post in 2018 and have been updated annually since then. 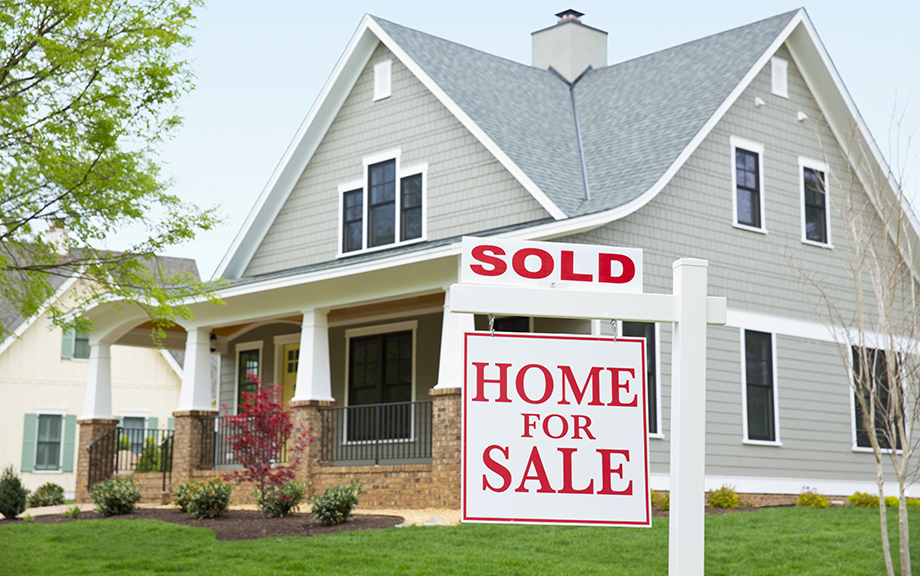 Since the start of the pandemic, home prices in the U.S. have increased by an astonishing 40 percent. The New York-Northern New Jersey region saw a similar meteoric rise, as home prices shot up by 30 percent or more almost everywhere—even in upstate New York, where economic growth was sluggish well before the pandemic hit. New York City is the exception, where home price growth was less than half that pace. Indeed, home prices actually declined in Manhattan early in the pandemic, though they have rebounded markedly since. Much of the region’s home price boom can be traced to the rise in remote work, which increased the already strong demand for housing at a time when housing inventories were low and declining. Home price increases have largely outpaced income gains through the pandemic boom, resulting in a reduction in housing affordability in the region. However, with mortgage rates rising, it appears that the region’s housing boom is waning, as it is for the nation as a whole, with prices leveling off, though the inventory of available homes remains historically low. 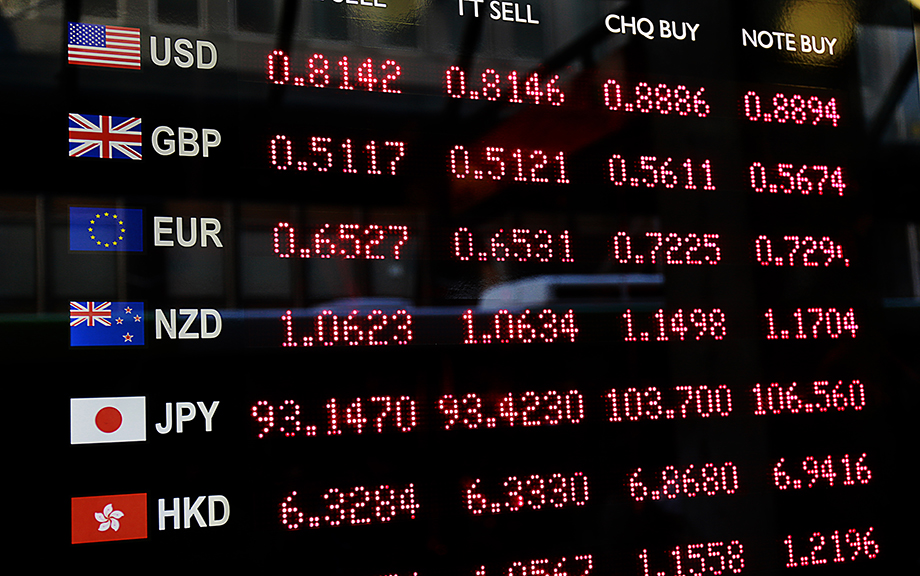 Currency values are important both for the real economy and the financial sector. When faced with currency market pressures, some central banks and finance ministries turn to foreign exchange intervention (FXI) in an effort to reduce realized currency depreciation, thus diminishing its economic and financial consequences. This post provides insights into how effective these interventions might be in limiting currency depreciation. 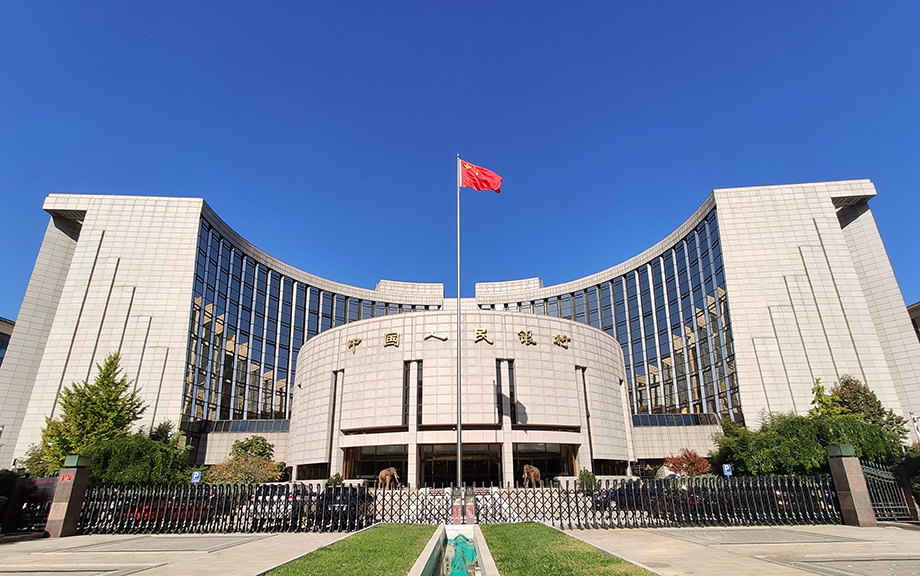 While considerable attention has focused on China’s credit boom and the rise of China’s domestic debt levels, another important development in international finance has been growth in China’s lending abroad. In this post, we summarize what is known about the size and scope of China’s external lending, discuss the incentives that drove this lending, and consider some of the challenges these exposures pose for Chinese lenders and foreign borrowers.