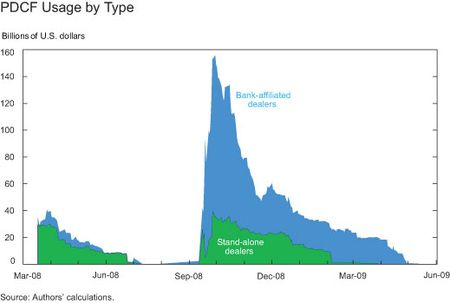 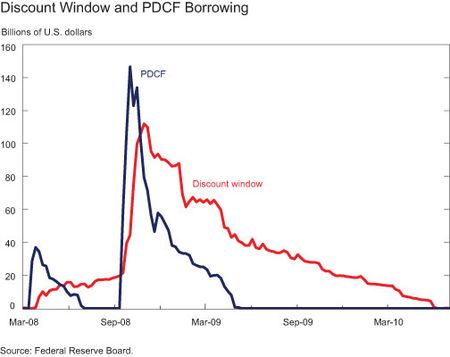 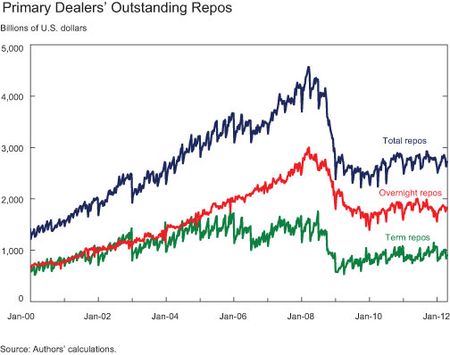 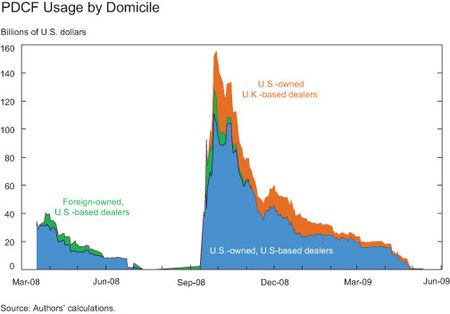 The sharp drop-off in PDCF usage following the peak can be taken—somewhat paradoxically—as evidence of the facility’s effectiveness. The terms of the PDCF were designed to make the facility’s usage unattractive in normally functioning markets, so that it would be used only as last-resort funding. One way the Fed accomplished this was through the pricing of the PDCF. In particular, the Fed extended loans at the discount rate, which was set above the fed funds rate (at the same level as the primary discount rate). Because rates in the repo market generally fall below the fed funds rate, borrowing through the PDCF would ordinarily be more expensive than borrowing in the private market. Moreover, the Fed implemented an escalating usage fee, which was imposed on borrowers that used the facility for more than forty-five days. In addition, the haircuts imposed on pledged collateral were monitored and updated to achieve a balance between preventing losses, which required higher haircuts, and helping restore greater liquidity, which required lower haircuts.


Ernst Schaumburg is a research officer in the Capital Markets Function of the New York Fed's Research and Statistics Group.
Posted by Blog Author at 07:00:00 AM in Financial Markets, Macroecon, Monetary Policy