The Federal Funds Market Today
As in our prior work, we use publicly available regulatory filings to estimate the size and composition of fed funds borrowing activity. We aggregate data from regulatory filings, including FFIEC 002, FFIEC 031, FFIEC 041, FR Y-9C, call reports, 10-Ks, and 10-Qs, to piece together a picture of the fed funds market. While comprehensive data on this market aren’t available, conversations with market participants suggest that these filings capture most transactions. Our estimates of aggregate borrowing are broadly in line with our aggregate lending figures, and point to a significant reduction in borrowing activity since 2008. 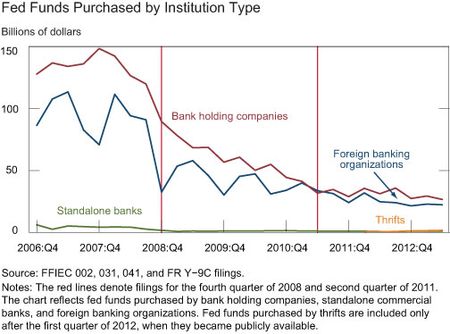 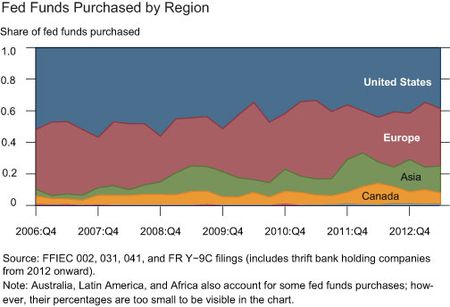