« What Does Disagreement Tell Us about Uncertainty? | Main | Hybrid Intermediaries » 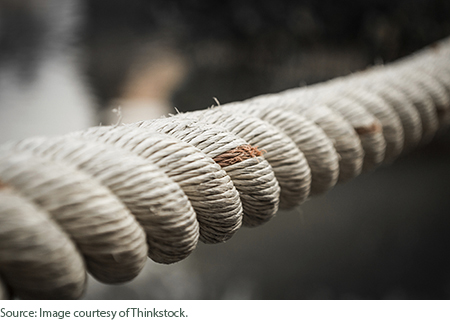 
The Thermostat—Milton Friedman (2003)
“The contrast between the periods before and after the middle of the 1980s is remarkable. Before, it is like a chart of the temperature in a room without a thermostat in a location with very variable climate; after, it is like the temperature in the same room but with a reasonably good though not perfect thermostat, and one that is set to a gradually declining temperature. Sometime around 1985, the Fed appears to have acquired the thermostat that it had been seeking the whole of its life.”

(While the thermostat metaphor is often attributed to Friedman, some say it predated Friedman’s use and has actually been around since the 1950s [scroll to the bottom of the page]).


The Long Rope—David Altig (2009)
“I have a simple way of thinking about how monetary policy works. Imagine a long rope.  At one end of the rope are short-term, relatively riskless interest rates. Farther along the rope are yields on longer-term but still relatively safe assets. Off at the other end of the rope are multiple tethers representing mortgage rates, corporate bond rates, and auto loan rates—the sorts of interest rates that drive decisions by businesses and consumers.

“In the textbook version of central banking, the monetary authority grabs the short end of this allegorical rope, where the federal funds rate resides, and gives it a snap. The motion ripples down and hopefully reaches longer-term U.S. Treasury rates, which then relay the action to other market interest rates, where the changes reverberate throughout the economy at large.”


Barge Navigating a River—Alan Greenspan (1995, p. 9)
“Monetary policy acts with a lag. If we had waited until inflation had become evident, it would have been too late. The oft-cited analogy to a barge travelling on a river is apt. To successfully navigate a bend in the river, the barge must begin the turn well before the bend is reached. Even so, currents are always changing, and even an experienced crew cannot foresee all the events that might occur as the river is being navigated.”


Irrigating a Farm—Christopher Hayes, modified by Neil Irwin (2010)
Hayes: “If the nation were a farm . . . the Fed would be the agency in charge of water and irrigation. Its job is to keep water (money) flowing enough to maximize crops (strong job creation), but not pump in so much water as to cause flooding (inflation). We're currently in an extreme drought (a deep recession), but the Fed is refusing to pump in more water because it's afraid that doing so will cause flooding down the road.”

(The analogy above is used in a University of Idaho presentation called “Using Metaphor, Simile, and Analogies in Technical Writing” [slide 5].)

Irwin: “I think it's a useful and apt way of thinking about things up to that point, but I do think that in the segment Hayes could have expanded the metaphor further to more fairly reflect the predicament the Fed is currently in. So here's my effort to do that.

“This drought is so bad that the Fed has already drained its main reservoir completely (cut the federal funds rate to zero). So if it's going to take new efforts to water the fields, it has to find more water through some unconventional means, such as by airlifting water in by helicopter, or piping it in from a nearby lake. (These are the equivalents of quantitative easing, or buying Treasury bonds and other securities to increase the money supply and drive down long-term interest rates).

“The problem is, while the Fed has lots of experience and knowledge about how the controls on its normal reservoir work and how much to open the valves to get the right amount of water onto the fields, these other tools are untested. If they pipe water in, they're not sure how much will get to the fields--it might be too little to do much good, and it might be so much as to cause flooding.”

(The metaphor goes on in the same vein.)


The Car in the Tunnel—Anonymous, date unknown
Our last monetary policy metaphor may have been created for a GMAT or possibly SAT sentence correction question. Perhaps an economist really did express the idea referred to in the test question, but we’re unable to prove or disprove this. The test instructions tell the test-taker to determine if the italicized portion of the original sentence is fine the way it is, or if it needs to be changed to one of the choices below, with the first choice identical to the original portion:

One noted economist has made a comparison of the Federal Reserve and an automobile as racing through a tunnel, bouncing first off one wall, then the other: the car may get where it is going, but people may be hurt in the process.

(A) made a comparison of the Federal Reserve and an automobile as racing through a tunnel, bouncing

(B) made a comparison between the Federal Reserve and an automobile racing through a tunnel, bouncing

(D) compared the Federal Reserve to an automobile racing through a tunnel, bouncing


Of course, the question is testing for grammar, phraseology and word choice, not one’s knowledge about the Fed. We’ll understand if you are snickering by the time you get to (E).