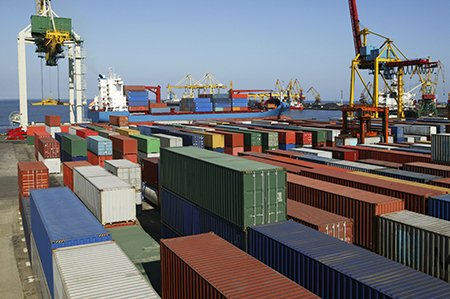 Today, the Federal Reserve Bank of New York (FRBNY) is hosting the spring meeting of its Economic Advisory Panel (EAP). As has become custom at this meeting, FRBNY staff are presenting their forecast for U.S. growth, inflation, and unemployment through the end of 2016. Following the presentation, members of the EAP, which consists of leading economists in academia and the private sector, are asked to discuss the staff forecast. Such feedback helps the staff evaluate the assumptions and reasoning underlying the forecast and the key risks to it. Subjecting the staff forecast to periodic evaluation is also important because it informs the staff’s discussions with New York Fed President William Dudley about economic conditions. In that same spirit, we are sharing a short summary of the staff forecast in this post.  For more detail, please see the material from the EAP meeting on our website.

Staff Forecast Summary
Here we discuss the New York Fed staff forecast for real GDP growth, the unemployment rate, and inflation in 2015 and 2016.

After a period of robust growth during the middle of 2014, GDP growth slowed to near zero in the first quarter of 2015, a performance reminiscent of last year. Much like last year, we see the first quarter weakness as due partly to transitory factors, principally the severe winter weather in parts of the country and the labor disputes at the West Coast ports.

Consequently, the staff forecast anticipates that growth will rebound to around 2½ percent (annual rate) over the remainder of 2015 and 2016. We see many of the underlying fundamentals of the economy as positive for growth, with household wealth and real income solid, fiscal policy slightly stimulative, and monetary policy still accommodative.

Nonetheless, the growth rate in this forecast is below what we anticipated at this time last year. Households and businesses have shown more restraint in their spending than we expected and we have lowered our projections for future spending growth from those sectors. In addition, lower oil prices have reduced investment in domestic oil exploration, which will have a negative effect on business investment over the short run. Finally, the appreciation of the dollar and subdued global growth are expected to lead to a negative growth contribution from net exports.

This forecast projects the economy to grow somewhat above its potential rate, which we estimate to be around 2 percent. But with later-stage expansion dynamics taking hold, our forecast anticipates that the unemployment rate will decline gradually to about 5 percent—around our assumption for the natural rate of unemployment—by the end of 2016. The staff view is also that the labor force participation rate and average weekly hours worked will remain near current levels with productivity growth increasing back up toward its longer-term trend.

Inflation remained low over the past year, with the four-quarter change of the total personal consumption expenditures (PCE) deflator at 0.3 percent as of the first quarter of 2015, in part due to the decline in energy prices. The four-quarter change in the core PCE deflator was only 1.3 percent. Once the short-run effects of energy prices and dollar appreciation subside, the staff forecast anticipates that as the amount of slack in the U.S. economy dissipates and puts less downward pressure on inflation, the gravitational pull of well-anchored longer-term inflation expectations will slowly pull the inflation rate back up toward the Federal Open Market Committee’s longer-run goal for inflation of 2 percent by 2017.

Comparison with the Blue Chip and SPF Forecasts
Here, we compare the New York Fed staff forecast to the consensus forecast from the May Blue Chip Economic Indicators, published on May 10, and the first quarter Survey of Professional Forecasters (SPF), published on February 13. [Note: the second quarter SPF is being released today (May 15).]

The staff forecast for real GDP growth in 2015 and 2016 is below both the Blue Chip consensus forecast and the SPF median forecast. As in our assessment, most forecasts view the weakness in the first quarter to be transitory and anticipate that growth will rebound over the forecast horizon. While we expect consumption spending growth to strengthen to a degree similar to the consensus of private forecasts, we anticipate that net exports will be more of a drag on growth, reflecting a significant impact from the appreciation of the dollar. In part because of weaker GDP growth, the staff forecast projects a somewhat higher path for the unemployment rate than most private forecasts. In contrast, it foresees a similar path for inflation as in the Blue Chip consensus forecast.

Risks to Staff Forecast
Another important part of the staff analysis of the economic outlook is the assessment of the risks to the forecast. For 2015 and 2016 the staff sees the risks to economic activity as roughly balanced. The key upside risk is that solid underlying fundamentals could spark greater confidence among households and businesses that leads to stronger spending more typical of the early stages of expansions. The key downside risks are that global demand turns out to be weaker than expected or that there is an unexpected tightening of financial conditions.

For inflation, the staff assesses that the risks are roughly balanced in both 2015 and 2016. The key upside risks are that the level and/or growth rate of potential GDP are lower than our estimates. In addition, longer-term inflation expectations could become unanchored if monetary policy proved to be too accommodative over time. In the other direction, downside risks to growth would result in greater resource slack for a longer period, leading to lower inflation and possibly a significant decline in inflation expectations. This outcome would be even more likely if global disinflationary forces turn out to be stronger than expected or if there is further dollar appreciation.

Jonathan McCarthy is a vice president in the Federal Reserve Bank of New York's Research and Statistics Group.

Richard Peach is a senior vice president in the Bank's Research and Statistics Group.