At the New York Fed: Conference on the Evolving Structure of the U.S. Treasury Market -Liberty Street Economics

At the New York Fed: Conference on the Evolving Structure of the U.S. Treasury Market 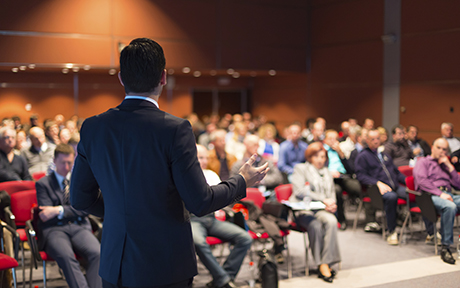 The New York Fed recently hosted a two-day conference on the evolving structure of the U.S. Treasury market, co-sponsored with the U.S. Department of the Treasury, the Federal Reserve Board, the U.S. Securities and Exchange Commission, and the U.S. Commodity Futures Trading Commission. The events of October 15, 2014, when yields experienced an unusually high level of volatility and a rapid round-trip in prices without a clear cause, underscored the need to better understand the factors that affect the liquidity and functioning of this important market.

After welcoming remarks by William Dudley, the Bank’s president, the agenda continued with introductory remarks from Jerome Powell, member, Board of Governors of the Federal Reserve System, in which he argued that a security’s value reflects not just its inherent credit risk, but also the structure and functioning of the market in which it trades. Antonio Weiss, counselor to the secretary, U.S. Department of the Treasury, offered remarks in which he announced that the five entities that issued the Joint Staff Report on October 15 would soon issue a request for information to solicit further input on Treasury market structure issues. In the day’s keynote address, Mary Jo White, chair, U.S. Securities and Exchange Commission, discussed features of equity market regulation that can inform the consideration of enhanced regulation for the Treasury market.

The first panel discussion of the conference reviewed the joint staff report on October 15 and more recent analytical findings from data in the dealer-to-customer market. Subsequent panels helped lay the groundwork for future analysis by examining how liquidity and market-making have changed and the implications of and operational risks posed by automated and algorithmic trading, including the growing presence of principal trading firms. Seth Carpenter, acting assistant secretary for financial markets, U.S. Department of the Treasury, offered the day’s closing remarks, highlighting the productive nature of the day’s inclusive discussion involving policymakers, market participants, and academics.

The second day opened with a keynote address from Timothy Massad, chairman of the U.S. Commodity Futures Trading Commission, in which he discussed differences between cash and futures markets, the prevalence of “flash” events, and next steps, including the importance of adequate data collection. Other panels considered whether the market structure can be improved and the state of the repo market, including whether adoption of central clearing would support cash market liquidity by improving liquidity in this important funding market. The conference concluded with a discussion about the importance of reviewing best practices and applicable regulatory requirements in light of the Treasury market’s evolving structure, such as the recent best practices for automated trading released by the Treasury Market Practices Group.

Nathaniel Wuerffel is a senior vice president in the Bank’s Markets Group.
Posted by Blog Author at 07:00:00 AM in Fed Funds, Financial Markets, Treasury