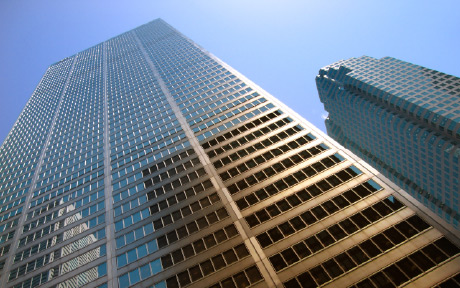 Many of the largest banks were engaged in misconduct leading up to the financial crisis. Since then, regulations and supervision have been strengthened, and banks are now required to have more capital and liquidity to make them more resilient. Important as these actions are, they do not address a principal failing of some banks—their failure to take care of their customers. Consequently, it is not surprising that several bank scandals have emerged subsequent to the financial crisis and regulatory reforms.

Wells Fargo’s sales practices are at the center of the most recent scandal to plague the banking industry, notwithstanding regulatory reform. In this case, a focus on cross-selling rather than customers led to the opening of more than 1.5 million unauthorized accounts. What were the consequences? In September 2016, the Consumer Financial Protection Bureau, the Office of the Comptroller of the Currency, and the Office of the Los Angeles City Attorney, collectively, levied a fine of $185 million against Wells Fargo, and additional investigations and civil lawsuits are under way. Significantly, however, this fine was paid by shareholders, not by the people who caused or could have prevented the problem. In essence, the renters trashed the apartment. There wasn’t a large enough security deposit to either deter the damage or cover the cost.

Are Clawbacks Enough?
Wells Fargo has announced that at least two former executives have agreed to clawbacks that would cover about a third of the $185 million fine. John Stumpf, the CEO who resigned after the scandal, will forfeit all of his outstanding unvested equity awards, valued at approximately $41 million. Carrie Tolstedt, the former head of Community Banking, will also forfeit all unvested equity awards, valued at $19 million. However, taking back pay that has already been paid out can be difficult and costly, particularly when the employee has left the bank. (In much the same way, getting former renters to pay for damages after the fact will likely impose costs on landlords that they would not have faced had they required a security deposit.) For this reason, clawbacks have focused mostly on unvested deferred compensation—a practice that limits the degree to which senior management can be held financially accountable. Performance bonds aim to address this limitation, among other concerns, by putting a significantly greater portion of senior management’s compensation at risk of forfeiture for a longer time period.

How Would Performance Bonds for Bankers Work?
Broadly speaking, bankers’ pay consists of salary and bonuses in the form of current cash plus deferred equity compensation that typically vests and is paid over three years. Unvested equity compensation can be revoked, but the short vesting time limits the cumulative amount at risk. As we explain in a recent article in the Bank’s Economic Policy Review, introducing performance bonds could be accomplished by splitting the deferred pay into deferred equity (that continues to vest over three years) and a performance bond consisting of cash that is deferred for five years and vests over the next five years. The much longer vesting and payout period increases the chances that problems will come to light before the deferred cash is paid out.

In our article, we explore the benefits of a broad-based program of performance bonds for banks in which all senior managers and material risk takers (for example, traders) are covered as described above. We estimate that if the program had been in place since 2005 at the top three U.S. banks, then by 2013, each bank would have accumulated a total deferred cash balance of about $14 billion, on average—more than enough to cover the very large fines levied against these banks in the recent scandals. In addition, if any of these banks got into solvency problems, the deferred cash could be written down, providing additional assistance to the bank.

Conclusion
Because the failure of a large bank poses more risk and costs to the financial system and the economy, larger banks face stricter capital and liquidity requirements than smaller banks. The impact of misconduct on the financial system and the economy may also be larger for the bigger banks. Accordingly, we argue that larger banks should require performance bonds for their senior managers and material risk takers as a way of motivating them to shun misconduct and take better care of our financial system.

Thank you for your comment. You raise a good point--i.e., that individuals with short tenure at a bank will not yet have accumulated a large performance bond. This suggests that additional measures should to be taken to align the incentives of these new employees with the long-term interests of the employer. Some ideas are discussed in a speech by President Dudley on October 20, 2014. See https://www.newyorkfed.org/newsevents/speeches/2014/dud141020a

The problem with performance bonds is that it assumes that key people involved in these decisions have substantial tenure with a bank. This is not a reasonable assumption. Statistical risk modelers at large banks have tenure of only a few years at best, so the model may well fail after they are gone. Many of these risk modelers may not even be working in the United States when the models fail. Indeed the top people have higher turnover. Management does not want to create a culture where they would pay a premium to keep statistical modelers for substantial periods of time. This needs to change.