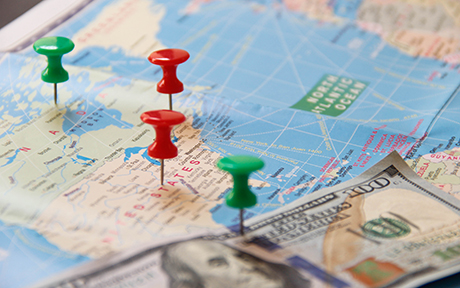 Have you ever wondered where your dollars go when you spend them? Not in financial terms, but their physical location? Well, there’s an app and a website for that.

Where's George? was created on December 23, 1998, by a Wharton MBA and database consultant named Hank Eskin, who created the site just “for fun and because it had not been done yet.” In 1998 (historical for the internet), this was indeed new and original.

The site works two ways: You can register your $1 bill with the website, spend it, and then wait and see where it travels once another person enters its current location; Alternately, if you find a “Where’s George?” $1 bill, you can enter it into the website and see where it has traveled before you received it.

Perhaps what make these $1 bill entries so fascinating are the user’s comments. Users frequently mention the condition of the bill in addition to the type of transaction which resulted in their possession.

For the past eighteen years, this interest in tracking the journey of a dollar bill has remained steady. Thousands of bills are still entered daily and over 265 million entries have been logged to date. In addition to online tracking, “Georgers” are their own community and coordinate to meet each other at various national events or scheduled outings to socialize and spend their stamped “track my journey” dollars.

With this many entries, the project has quite a data set. In fact, these data drew the attention of researchers from Northwestern University when they noted some deficiencies in their own research which tracked movements of individuals on a global level. The George data had potential to shed light on local travel and bring in an interaction component that was missing in other data sets. Further research drawn from “Where’s George?” resulted in the researchers discovering “the scaling laws of human travel” and the ability to map movement within the United States.

The New York Times describes how Northwestern researchers furthered this work, using the data set in 2009 to track and predict outbreaks of the swine flu. An advantage of the “Where’s George?” data is that it represents actual face-to-face interactions which are ideal for the mapping of how influenza is transmitted.

One might wonder, if these dollars can tell us so much about migration and flu estimates, how long are they in circulation? The average lifespan varies by denomination, with a $1 bill lasting approximately 5.8 years and $100 bills hanging around for about fifteen years. Now that is a lot of hands touching that money!

From here, we can leap to a germaphobe’s nightmare. If there are that many people handling currency of a period of six years or so, can you imagine the amount of germs that might be on them? Approximately 3,000 types of bacteria, according to a Wall Street Journal article (subscription required) which quotes the New York University Dirty Money Project. If you thought those that had chrometophobia (fear of money) were irrational, perhaps you might reconsider. Researchers analyzed the genetic material on $1 bills and found:

the most abundant species … is one that causes acne. Others were linked to gastric ulcers, pneumonia, food poisoning, and staph infections, the scientists said. Some carried genes responsible for antibiotic resistance.


Other studies reinforce that money is quite dirty, but there’s not a whole lot you can do about it. Frequent hand washing after touching money is recommended and new payment alternatives come up every year such as debit cards, Apple Pay, Google Wallet, and Bitcoin. Still, it’s not quite as interesting as knowing where your $1 bill has been before. 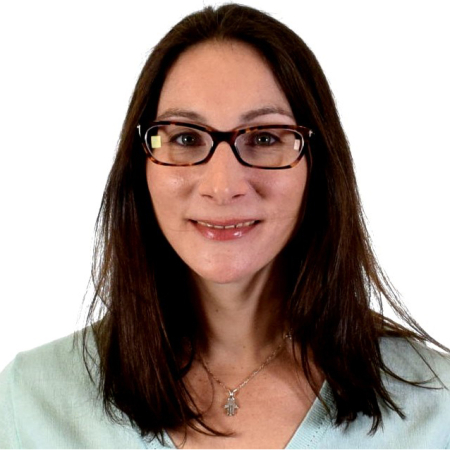 Hayley Mink is a research librarian in the Federal Reserve Bank of New York’s Research and Statistics Group.

I discovered a Where's George bill in a restaurant in Queens the same weekend as your post! It originated in Schenectady, NY, traveling about 139 miles.

Interesting info. I was always wary about putting candies into my pocket that had coins in it, but never gave a thought to the bills, thanks.

Could it be used to measure the velocity of money?