U.S. Monetary Policy as a Changing Driver of Global Liquidity 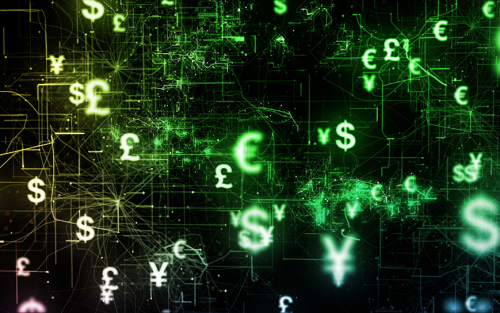 International capital flows channel large volumes of funds across borders to both public and private sector borrowers. As they are critically important for economic growth and financial stability, understanding their main drivers is crucial for both policymakers and researchers. In this post, we explore the evolving impact of changes in U.S. monetary policy on global liquidity.

Global liquidity—meaning the ease of financing in global financial markets—has two key indicators, bank loans and bonds, that performed very differently after the crisis. Cross-border loan flows contracted sharply, then made a feeble recovery before a second, sharp contraction during the euro-area crisis. By contrast, international bond issuance was relatively robust. This shift in the composition of global liquidity from cross-border bank loans toward international bonds has been dubbed “the second phase of global liquidity.”

This compositional shift raises a range of questions about the drivers of global liquidity and how they may have changed in the post-crisis international financial system. One important question concerns how global liquidity flows respond to changes in monetary policy in the United States. For example, the sharp reversal in capital flows away from emerging markets in 2013, after the Fed signaled it would start tapering its bond purchases (the “taper tantrum”), starkly illustrates how shifts in monetary policy can redirect global capital flows.

What We Do
Our recent study investigates how global debt and bond flows respond to monetary policy and other factors. It also explores whether those responses have changed since the global financial crisis. We use the Bank for International Settlements’ international banking and debt securities statistics for a panel of sixty-four countries over sixteen years of quarterly data. We study both global and local drivers of global liquidity flows: The global factors include U.S. monetary policy, global risk conditions, and global GDP growth, while the local factors include the borrowing country’s GDP growth, sovereign risk rating, and capital account openness.

The baseline model for our econometric analysis is:

where j denotes the borrowing country and t is time. The dependent variable,

equals the quarterly growth rate of either cross-border loans or international bonds. The right-hand side of the equation contains three global drivers—the U.S. federal funds rate, a gauge for the stance of U.S. monetary policy; the VIX, a volatility measure of global risk conditions; and global GDP. As the federal funds rate does not reflect all of the “unconventional” monetary policy after the crisis, we use the Wu-Xia shadow rate measure as a proxy for those policies during this latter period. As local factors we include sovereign credit ratings of the borrowing country, the Chinn-Ito index of financial openness, and local GDP growth. The key parameter β1, captures the sensitivity of cross-border loan or bond flows to a change in the federal funds rate. We estimate all the parameters separately before and after 2009:Q1, which statistical tests identify as the timing of a “break” in the relationship between the global liquidity flows on the left side of the equation and the drivers on the right side.

What We Find
Global liquidity flows, both bank loans and bonds, have become considerably more sensitive to U.S. monetary policy since the break in 2009:Q1. We estimate that a 25 basis-point (bp) decline in the federal funds rate is associated with a quarterly growth rate of cross-border bank lending that is 80 bp higher before the break versus 202 bp higher afterward. Likewise, the estimated impact of a 25 bp drop (in the federal funds rate) on international bond issuance rises from a (statistically insignificant) 36 bp before to a highly significant 202 bp post break.

The chart below shows how the sensitivities of both flows to federal funds rate changes have evolved. The black horizontal lines represent the pre-break sensitivities. β1, estimated over 2000:Q1 to 2008:Q4. The red lines are time-varying post-break estimates of β1, obtained by adding one quarter at a time to the initial post-break sample (2009:Q1 to 2013:Q1) up to 2015:Q4. In the period after the 2013 taper tantrum, the sensitivity of cross-border loans to U.S. monetary policy reverted toward its pre-crisis level. The responsiveness of international bond flows also reverted toward its pre-crisis level, but remained greater than before the break.

But not all national banking systems changed their behavior in the same fashion. Those that were better capitalized before the crisis experienced smaller increases in sensitivities to U.S. monetary policy. Furthermore, these banking systems also showed increases in their market shares in international lending. These findings accord with analytical work showing that well-capitalized banks are perceived as less risky by depositors and other creditors, have easier access to funding, and are consequently less sensitive to fluctuations in funding costs. The result also accords with cross-country evidence that the transmission of liquidity risk into domestic or international lending, is weaker for banks with more capital and more stable funding sources.

The increased sensitivities of individual banking systems to U.S. monetary policy in the immediate aftermath of the crisis are largely driven by the co-movement in advanced economy monetary policies. As those policies started to diverge in 2013, these transitory effects gradually weakened. By contrast, the effects of increased market shares of better-capitalized lending banking systems, which tend to be less responsive to fluctuations in U.S. monetary policy, are likely to be more persistent.


Stefan Avdjiev is a senior economist at the Bank for International Settlements.

Leonardo Gambacorta is a research adviser with the Bank for International Settlements.

Stefano Schiaffi is a candidate for a Ph.D. in finance and economics at Bocconi University.

Thanks for your comment. For this analysis, we draw on multiple databases on global liquidity component flows from both borrower country and creditor country perspectives, distinguishing between instrument types (international debt securities versus international bank loans), and between borrowing sectors (bank versus non-bank). Using the BIS International Debt Securities (IDS) Statistics and the BIS Locational Banking Statistics (LBS), we create a quarterly panel of international bank loan and bond flows to 64 recipient countries for the period between 2000:Q1 and 2015:Q4. In addition, we utilise the BIS Consolidated Banking Statistics (CBS) in order to assign loans to specific national lending banking systems. The data are accessed through the Bank for International Settlements, and described here [http://www.bis.org/statistics/index.htm?m=6%7C37]

It has always been hard to get timely flow data. How timely is your data? And is it available more than quarterly? And if it is, is it freely available on Fred or some other system?