Hey, Economist! What Do Cryptocurrencies Have to Do with Trust? -Liberty Street Economics

« A DSGE Perspective on Safety, Liquidity, and Low Interest Rates | Main | Does More "Skin in the Game" Mitigate Bank Risk-Taking? »

Hey, Economist! What Do Cryptocurrencies Have to Do with Trust? 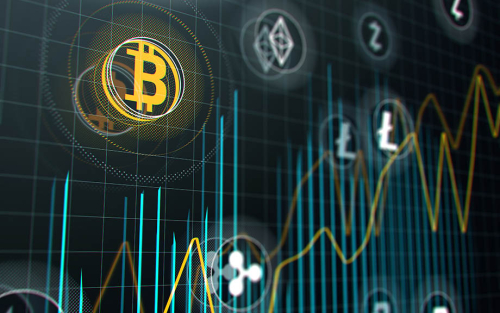 Bitcoin and other “cryptocurrencies” have been much in the news lately, in part because of their wild gyrations in value. Michael Lee and Antoine Martin, economists in the New York Fed’s Money and Payment Studies function, have been following cryptocurrencies and agreed to answer some questions about digital money.

Q: Let’s start simply. What even is cryptocurrency?
Martin: Cryptocurrencies are digital, or virtual, money. Bitcoin, which was created in 2009, is the first and probably the best known cryptocurrency, but many others have followed, such as Ethereum, Ripple, Bitcoin Cash, Litecoin, etc.

Q: Do they have utility that other forms of money lack?
Lee: Like any functioning form of currency, cryptocurrencies facilitate payments between parties and provide a store of value. What’s special about them is that they can serve those roles even in environments where trust—or lack of trust—is a problem.

Trust is implicit for practically any means of payment. Say I need to buy groceries. If I pay with a personal check, the grocer has to trust that the check isn’t “hot” (that I own the account and it has sufficient funds). Common payment methods, like debit or credit cards, also entail a surprising degree of trust. The grocer and I have to trust the banks that connect us when I swipe, trust the payment system or “plumbing,” whereby funds flow from my account to the grocers.

Some of these problems go away with cash because when I hand cash to the grocer, there is no need for trusted intermediaries. But if you think about it, even cash requires some trust. The grocer has to believe that the cash I pay with will retain its value and not be eroded by inflation or confiscatory monetary reforms. So she needs to trust the central bank.

Q: Have cryptocurrencies made progress toward solving the problem of mistrust?
Martin: One important element in any payment system is “validation,” determining which transactions can proceed through the system and which should be refused as invalid. For example, a validator could check if there are sufficient funds in the account of the person who wants to make a payment. If there is, the payment will go through. But if there isn’t, the payment will be refused. If you recall the last time you swiped your credit or debit card, the few seconds you had to wait was that validation. But if the merchant doesn’t trust the validator, and doubts she will ultimately be paid, she’s unlikely to accept your card.

With bitcoin there isn’t one designated validator. Instead, everybody in the bitcoin network could be picked, essentially at random, to validate recent transactions. The details are a bit technical and more details can be found in a recent St. Louis Fed paper on cryptocurrencies.

Q: Aren’t cryptocurrencies sometimes associated with illicit activities?
Lee: Definitely, and this is likely related to trust also. Criminals, who typically use cash for the anonymity and security it provides, may be moving to cryptocurrencies. The Drug Enforcement Administration reports a sharp decline in bulk cash smuggling in 2016, which is the traditional payment method for drug shipments and suggests that payments may have shifted toward cryptocurrencies. Cryptocurrencies are more convenient than cash for many illegal activities that now take place online. In 2013, following a government crackdown on Silk Road—an online marketplace that was used to trade illegal goods—bitcoin prices plunged. And for good reason too.

More broadly, cryptocurrencies are ideal for circumventing legal or regulatory authorities, because they aren’t governed by any. China, which actively controls capital flow, banned banks from dealing with bitcoin in 2013 (this was relaxed later), because it was thought to be used for money laundering. North Korea is reportedly responsible for state-sponsored hacks to steal cryptocurrencies, which help bypass economic sanctions that are enforced through the cooperation of financial institutions and countries.

Earlier, we talked about how a currency requires people to trust in its value. When Greece fell deeper into financial distress in 2015, Greek interests and trading in bitcoin rose quickly amidst fears of capital controls and the possibility of exiting the eurozone. Bitcoin became attractive as trust eroded.

Q: If virtual currencies aren't backed by anything real, gold or some other physical commodity, does that mean they all eventually will be worthless?
Lee: You're right that they are not backed by a physical commodity, but then neither is the dollar and most other modern currencies. It’s long been known that currencies that are intrinsically worthless, mere pieces of paper, are recognized as valuable because payments with money are so much easier than the alternative, barter. The problem with barter, when everyone trades goods and services directly, is the dreaded “double coincidence of wants.” If I want to have dinner at my favorite restaurant but the cook is not interested in trading a meal for a bitcoin lecture, I have to keeping searching until I find a restaurant that I like where, coincidentally, the cook can’t hear enough about bitcoin.

Money, even intrinsically worthless paper money, cuts the “double coincidence” problem in half. I just need to find someone willing to pay me some of that paper for my lecture, then use that paper to pay for dinner. As long as I trust that someone will accept the paper, I’m willing to accept it in exchange for my lecture. It’s trust that the “worthless” piece of paper is actually worth something to other people that makes it an acceptable medium of exchange.

As a result, the price of bitcoin fluctuates with news that vendors or firms accept or decline bitcoin as a mode of payment. Late last year, bitcoin prices jumped after Square, a payments firm, was reported to be testing bitcoin. Wider adoption and acceptance of cryptocurrencies as a payment option naturally increases what they are worth.

Q: So are cryptocurrencies the future of money?
Martin: It will ultimately depend on how well they compete with other, already established payment methods—cash, checks, debit and credit cards, PayPal, and others. Cryptocurrencies arguably solve the problem of making payments in a trustless environment, but it is not obvious that this is a problem that needs solving, at least in the United States and other advanced economies. And solving that problem creates others. One is scalability; the process of picking random validators takes time, is expensive, and consumes tremendous amounts of energy.

Another issue lately is extreme volatility in the value of cryptocurrencies which makes them less useful as currencies. This volatility is an inherent feature by design. Since there is no central bank that adjusts the supply of bitcoin to accommodate changes in demand, bitcoin's value can swing sharply with demand. In a world where all things were priced in bitcoin, this would likely translate into massive swings in inflation and economic activity. In contrast, providing an “elastic” currency to promote financial and price stability is a goal shared by the Federal Reserve System, the European Central Bank, the Bank of Japan, and many other central banks.

The trust-proofing provided by cryptocurrencies also comes at the expense of another key feature of a payment method: convenience. If we lived in a dystopian world without trust, bitcoin might dominate existing payment methods. But in this world, where people do tend to trust financial institutions to handle payments and central banks to maintain the value of money it seems unlikely that bitcoin could ever be as convenient as existing payment means.

That said, bitcoin and other cryptocurrencies are trying to improve scalability and convenience so perhaps in the future one of these cryptocurrencies could realistically compete with current payment methods. But, fundamentally, we wonder whether a payment method designed to function where trust in institutions is completely absent can ever be as convenient as one where trust is required, but also already exists.


How to cite this blog post:
Michael Lee and Antoine Martin, “What Do Cryptocurrencies Have to Do with Trust?,” Federal Reserve Bank of New York Liberty Street Economics (blog), February 9, 2018, http://libertystreeteconomics.newyorkfed.org/2018/02/hey-economist-what-do-cryptocurrencies-have-to-do-with-trust.html.
Posted by Blog Author at 07:00:00 AM in Banks, Central Bank, Cryptocurrencies, Financial Markets, Hey, Economist!, Monetary Policy