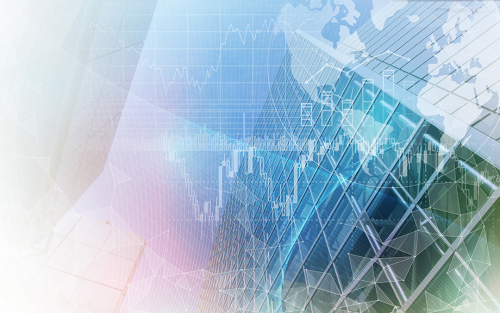 Business Model Developments
The report highlights how banks in advanced economies are reorienting their business models away from relatively complex activities such as trading and market-making back toward more traditional activities like lending and deposit-taking. Large European and U.S. banks have also become more selective and focused in their international banking activities—with some European banking systems showing a sizeable reduction in foreign lending, while banks from the large emerging market economies (EMEs) and countries less affected by the crisis have in fact expanded internationally.

Balance Sheets and Risk Profiles
Banks globally have substantially increased their capital (see the chart below) and liquidity buffers, and shifted toward more stable funding sources. Healthier balance sheets coupled with the increased use of stress testing by banks and supervisors have further enhanced bank resilience to future shocks. Qualitative evidence gathered for the report suggests that banks have also considerably strengthened their risk management practices, though most supervisors see room for improvement. 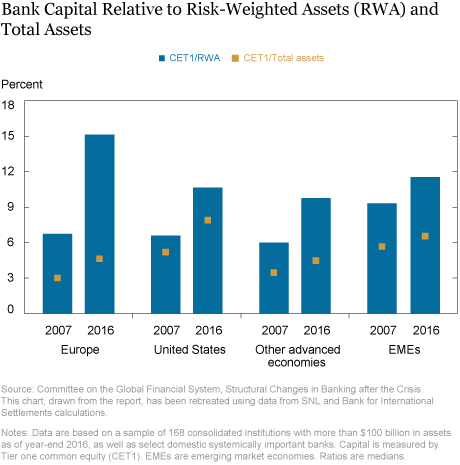 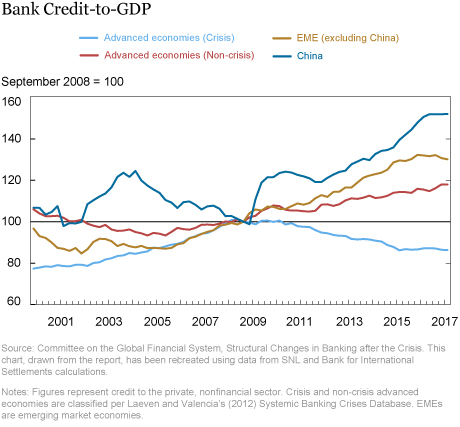 Profitability
Though the change in business models, risk profiles, and balance sheets should make banks more resilient, they may also dampen profitability. As shown in the chart below, the distribution of return on equity (ROE) across the advanced economy banks studied in the report has shifted significantly leftward in 2015-16 when compared to 2005-06, the period just before the crisis, while the median RoE has declined 8 percentage points to 7 percent over the same period. This shift partly reflects the higher equity base required by reformed capital standards, but also sluggish revenue growth (due in part to lower risk-taking) and high costs, including “legacy” costs from past investment decisions and, in some cases, misconduct. Simulations in the report suggest the need for further cost-cutting and structural adjustments to restore profitability towards levels currently required by bank investors, particularly for banks in some European countries. How so? DFIs always create new money whenever they lend/invest with the non-bank private sector. DFIs pay for their new earning assets with new money.

All savings originate within the framework of the payment's system. Saver-holders never transfer their savings outside of the system unless they hoard currency or convert to other national currencies.
\
But the only way to activate said savings is for the saver-holder to invest/spend directly or indirectly (e.g., a non-bank conduit). All bank-held savings are thus un-used and un-spent.