When They Arbitraged
The new leverage rule, like other post-crisis reforms, had a long gestation period: 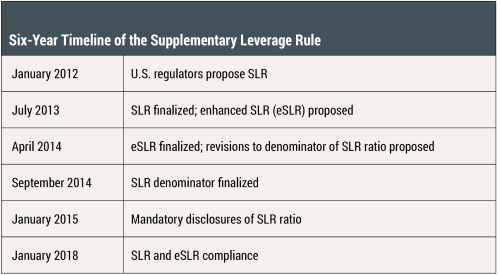 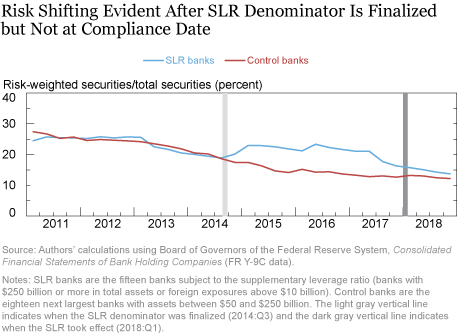 How They Arbitraged
While we find evidence of reach for yield via securities, we find no evidence of a shift toward riskier loans (see chart below). The ratio of risk‑weighted loans to total loans was essentially flat and parallel for SLR banks and control banks. That’s potentially surprising since loans are banks’ signature assets. While it might be that the risk shifting is simply not detectable in risk-weighted loans, we look at alternative credit risk measures (provisions and nonperforming loans) in our revised paper and find no evidence of a differential change in either. While evidence may yet be found, we conclude that effecting a discrete increase in risk might be cheaper and more predictable via the securities books than by forging new loan relationships. 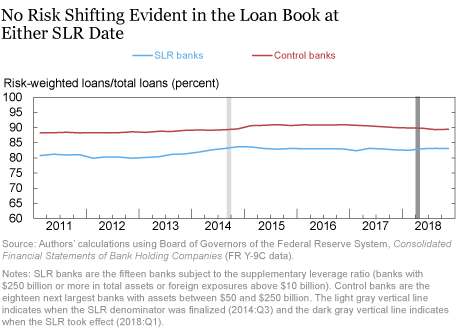 Posted by Blog Author at 07:00:00 AM in Banks, Dodd-Frank, Federal Reserve, Regulation