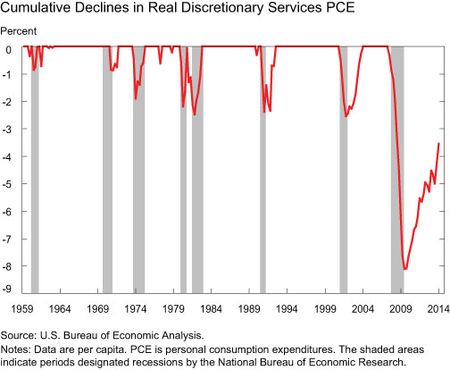 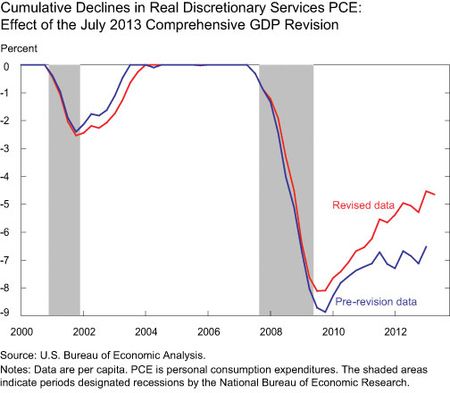 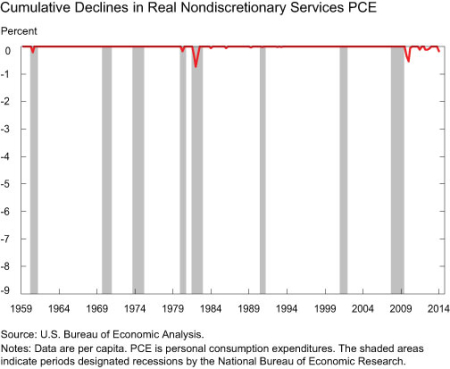 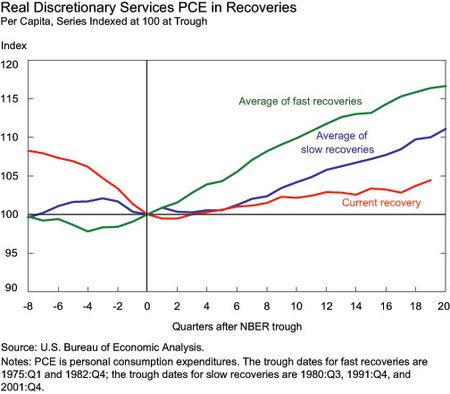 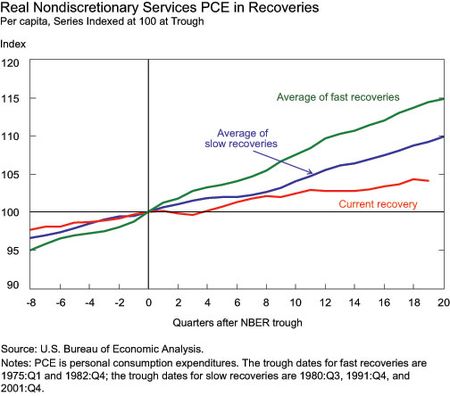 The sluggish pace of recovery for both discretionary and nondiscretionary services expenditures suggests that the fundamentals for consumer spending remain soft. In particular, it appears that households remain—almost five years after the end of the recession—wary about their future income growth and employment prospects. Consequently, a positive resolution of these issues seems necessary before a stronger services and overall consumer spending recovery can be sustained.

Jonathan McCarthy is a vice president in the Federal Reserve Bank of New York’s Research and Statistics Group.
Posted by Blog Author at 07:00:00 AM in Macroecon

It's not just income expectations, it's actual incomes! After all, an unprecedented share of income gains has been going to profits instead of worker compensation, ever since around 2000, and compensation gains have fallen short of what would be expected from productivity gains, even when consistently measured. For those consumers unable to benefit from gains in asset prices, this must be a deterrent to discretionary spending.

Consumer "wariness" on jobs and income is not evident in their goods spending patterns.

It would be enlightening to find why spending on services is particularly weak in this recovery, since services expenditures are typically perceived as more stable than goods purchases.

I think you might find some of this explained by the aging population as services spending growth slows in older age groups as does necessity spending in general.
Also wondering what population you used for the per capita as population growth has been lower than estimated.