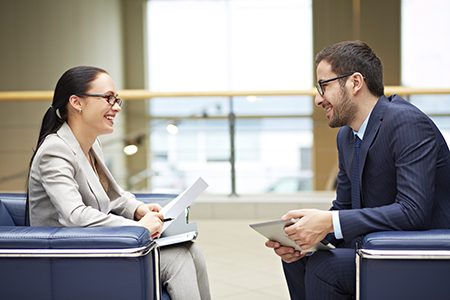 With the college graduation season well under way, a new crop of freshly minted graduates is entering the job market and many bright young minds are hoping to land a good first job. It’s no wonder if they are approaching the job hunt with some trepidation. For a number of years now, recent college graduates have been struggling to find good jobs. However, the labor market for college graduates is improving. After declining for nearly two years, openings for jobs requiring a college degree have picked up since last summer. Not only has this increase in the demand for educated workers continued to push down the unemployment rate for recent graduates, but it has also finally started to help reduce underemployment, though the underemployment rate remains high. While successfully navigating the job market will likely remain a challenge, it appears that finding a good job has become just a little bit easier for the class of 2015.

The Demand for College Grads Is Increasing
To measure the demand for college graduates, we use the Help Wanted OnLine (HWOL) database of online job postings from the Conference Board. We classify postings into one of two categories based on the occupation code associated with each job opening: College jobs are those that typically require at least a bachelor’s degree, and non-college jobs are those that don’t (for more detail on the methodology used for this classification, see our article, “Are Recent College Graduates Finding Good Jobs?”). The trend in job postings for both types of jobs is shown in the chart below. 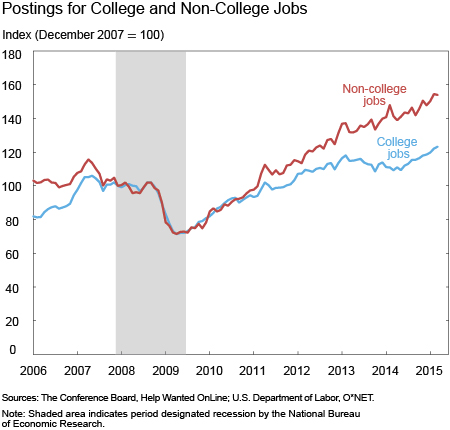 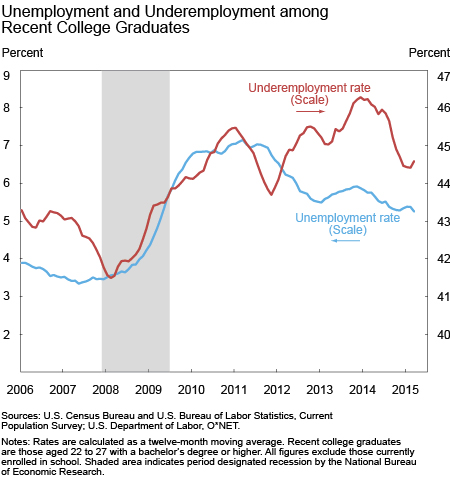 Richard Deitz is an assistant vice president in the Bank’s Research and Statistics Group.
Posted by Blog Author at 07:00:00 AM in Education, Labor Economics, Unemployment