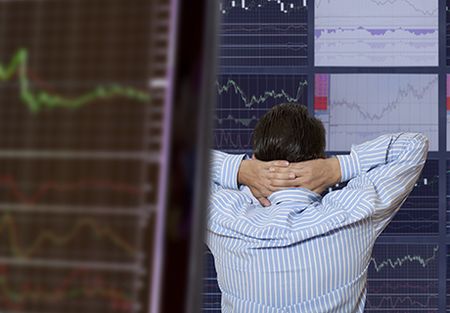 The $12.7 trillion U.S. Treasury market plays a critical role in the global economy, serving as the primary means of financing the U.S. government, a risk-free benchmark for other financial instruments, and a key venue for the Federal Reserve’s implementation of monetary policy. On October 15, 2014, the market experienced unusually high volatility, record trading volume, and a rapid “round-trip” in prices without a clear cause. In a recently released report, staff of the U.S. Treasury, the Federal Reserve Board, the New York Fed, the SEC, and the CFTC examine the events of that day. This preliminary report provides the most thorough analysis to date of the events that day and serves as a foundation for future analysis of Treasury market functioning and structure.

Section 1 of the report provides an overview of the U.S. Treasury market, applicable regulations, and data used in the report. The report relies on nonpublic transaction data from the most liquid parts of the Treasury market, including the interdealer market for benchmark securities (the “cash” market) and the tightly linked Treasury futures market (the “futures” market).

Section 2 puts the market turbulence of October 15 in context. The 37-basis-point trading range in the ten-year Treasury note on October 15 was highly unusual, particularly since the only notable news (the release of somewhat weaker-than-expected U.S. retail sales data at 8:30 a.m. ET) came well before the rapid round trip in prices. Liquidity conditions were strained, but volumes reached record highs, and trading took place in a continuous manner. Contributing to the general level of volatility were global macroeconomic concerns and an unwind of short positions in U.S. interest rates in the days leading up to and including October 15.

Section 3 of the report discusses the key findings from the analysis, focusing on the period leading up to and including the volatile 9:33 a.m. to 9:45 a.m. ET “event window.” It discusses a number of factors that may help explain the volatility:

Section 4 then reviews broad changes to the structure of the Treasury market over the past two decades, including the growth in high-speed electronic trading, the growing presence of PTFs, the declining market share of bank-dealers, and potential changes in liquidity demand by many investors. Despite these changes, the report shows that by some metrics the liquidity and efficiency of trading in the Treasury market are as robust as they have ever been. But the changes in market structure raise questions about evolving risks, such as whether an improvement in average liquidity conditions may come at the cost of rare but severe bouts of volatility and strained liquidity.

The final section provides an important discussion of next steps toward a fuller understanding of the implications of the evolving Treasury market structure to support the goal of maintaining a highly liquid and resilient market.

Nashrah Ahmed is a senior analyst in the Federal Reserve Bank of New York’s Markets Group.

Alain Chaboud is a senior economist at the Board of Governors of the Federal Reserve System.

Dobrislav Dobrev is an economist at the Board of Governors of the Federal Reserve System.

Joseph Fiorica is an analyst in the Bank’s Markets Group.

Suraj Prasanna is a senior associate in the Bank’s Markets Group.

Posted by Blog Author at 07:00:00 AM in Financial Markets, Regulation, Treasury

Thank you for your interest in this work. Some of your questions are addressed in the report and others are outside the scope of the study. To your question about order book visibility, in particular, the report notes that the top ten levels of the limit order book are visible to subscribers in futures markets whereas the entire order book is visible in the most detailed commercial data feeds in the cash market. Thank you again.

Meant buy high yield sell low yield....but the question is: who gets access to price when executing thru a prime dealers system, a brokers system, who see what and when down to the nano second...I know there stop sniffers out there....when do they see the order book? Who sees the "upstairs" trades?

Thanks for your report as this represented an outrageous event...there is a term "banging the honey pot"...this is when systematic/automated trading systems sell the market to take out all of the stops and then the market bounces back...this can be seen in many markets....its a question of the order book (stops) and who has access when....but given a quick look at these price moves (essentially euro-dollar futures EDH18 moved .55bps (27% range!!!!) and bonds (11% range or 30bps)10s UST 37bps (18.5% range)some participants made alot of money and many lost...it really is outrageous to see these percentage moves......PTFs were the biggest participants on that day...who was buying at the start of who bought at the end?? And euro-dollar futures...to see that type of move??? No doubt ptfs were trading with themselves...probably selling high yield and buying low.......also the exchanges make alot of money on volume...whomever is doing it...so the more automated systems churning and burning volume...the better....but what is going on with these order books...who sees them when? what about broker dark pools? do they exist....are stops and orders confidential...or are they seen by PTF's? what about the non-transparency of "upstairs trades" in the futures markets that arent seen until eod? If one looks across all asset classes in the futures markets and these "banging the honeypot" phenomna/huge spikes down/up...there may be found a rythm of percentage moves pointing to systematic