Historical Echoes: Who Wants to Be the Richest Economist? -Liberty Street Economics 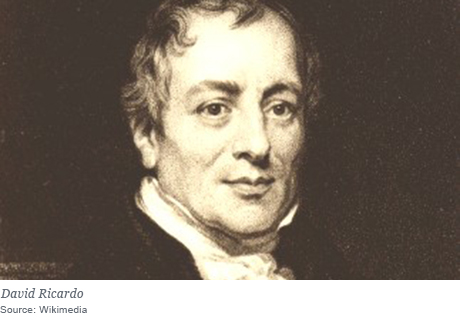 
When he died, his estate was worth more than $100 million, in today’s dollars. So why are there not so many super rich economists walking around? There may be a mistake in the assumption that Ricardo’s being an economist had everything or anything to do with his being a success in the market. (Maybe he would have gotten just as rich as a politician . . . wait a sec, he was a politician toward the end of this life.) The assumption of a cause and effect relationship in Ricardo’s case is further dashed when you consider that he started his career as a broker and speculator. First he got rich, and then he got interested in how it all works. One Investopedia post attempts to explain why economists aren’t rich by arguing that their profession deals with theoretical rather than practical studies and that, even though they can make large amounts of money as quants, that only works if the market does not stray from their model.


Ricardo isn’t famous because he was rich; he’s famous for some important economic theories: the theory of comparative advantage (1 minute cute video), and the theory of rent (13 minute serious video).