« Historical Echoes: Who Wants to Be the Richest Economist? | Main | The Tri-Party Repo Market Like You Have Never Seen It Before » 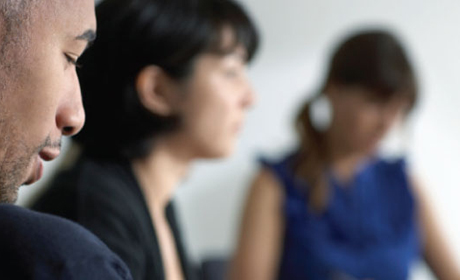 The Empire State Manufacturing Survey has been giving signals of weakness for the past several months. The headline index hovered around zero—the breakeven level at which the same number of firms characterize activity as increasing as declining—from April through July, and then tumbled to below -10 from August through October. The last time the survey’s headline index remained this negative for this long was during the deepest part of the Great Recession, from the fall of 2008 to the spring of 2009. This would be a worrisome sign indeed if it were matched by comparable negativity in the service sector—as was the case in 2008 and 2009. However, over the last three months, the headline index from the service sector survey has remained at least slightly above zero, marking the most sustained divergence between the two surveys in this direction since they have both been in the field (beginning in 2005). And it’s not just the headline indexes that are giving opposing signals. For instance, both surveys ask panelists about recent changes in employment at their firms, and while nearly twice as many manufacturers said they scaled back than increased employment in the October survey, the opposite is true for service firms, where nearly twice as many are increasing as reducing employment. Other indicators in the two surveys are also showing a similar divergence.

These results may not be too surprising: not only do manufacturers tend to derive more of their business from foreign customers than do service firms, but manufacturing exports seem to be more sensitive to changes in foreign exchange rates than services exports. Back in January, when we last asked about exchange rate effects in our surveys, manufacturers reported that 14 percent of their revenues, on average, came from exports, while service firms said that only 8 percent of their revenues were derived from foreign customers. When asked again this month, the figure for service firms remained at 8 percent, but the average export share among manufacturers has fallen to just 10 percent. This decline suggests that manufacturers have seen a fairly marked decline in business from foreign customers this year, while service firms haven’t. All in all, while the recent weak manufacturing survey reports are concerning, the service sector appears to be holding up, although both sectors appear to be facing the headwinds of a strong dollar.