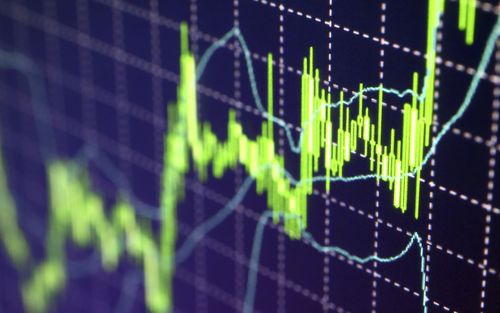 Starting in March 2010, the New York Fed began posting monthly snapshots of data from the tri-party repo market in PDF and Excel format. While this greatly improved transparency, it offered a cumbersome means of seeing how the market was evolving over time.

Now, with the tri-party repo interactive tool, seeing how the market is evolving has become remarkably easy. For example, you may be interested in finding out how the market’s size has changed over time or how the composition of financing has evolved. You can do either one in three clicks under the Volume tab. Try it—it’s easy and fun! 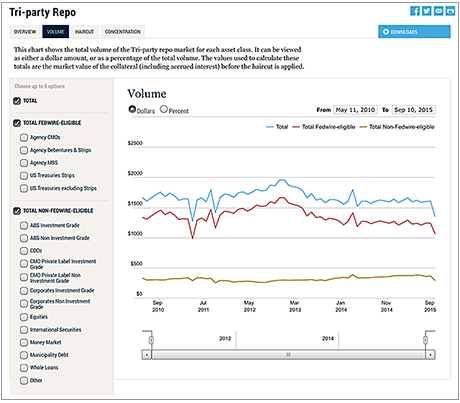 You are probably wondering, do dealers finance more non-investment-
grade corporate bonds or equities in the market today than they did last year? With a couple of clicks, you find that the amount of non-investment-
grade corporate bonds has been stable. In contrast, the amount of equities financed in the market has increased a lot since early 2012.

Repo haircuts have been much discussed in the press and in policy circles, so what is happening there? Under the Haircut tab, you can look at the median haircut, as well as the tenth and ninetieth percentile, for each asset class, one at a time. You will see that the median haircut has been very stable for most asset classes. There are a few exceptions, mainly those asset classes for which the dollar volume is very small, like collateralized debt obligations (CDOs). The median haircut for CDOs was 5 percent early in the sample but was as high as 15 percent in June 2015. The ninetieth percentile for that asset class has increased from 8 percent to 25 percent. 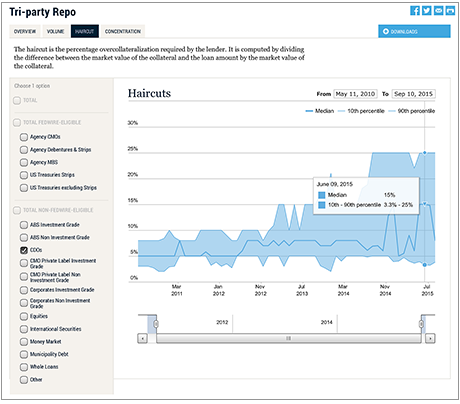 Finally, you might ask about the concentration of collateral among dealers. Good question, because the risk of fire sales, should a large dealer become under stress or default, is greater if the market is more concentrated. Concentration has decreased for most asset classes, which should reduce the risk of fire sales to some extent. That said, there are large differences in concentration among different asset classes. Concentration in agency mortgage-backed securities (MBS) has decreased from close to 50 percent early in the sample to less than 30 percent recently. Concentration in equities has also decreased overall, from 60 percent early in the sample to approximately 50 percent today, but it has been rising since late 2012. The slider below the chart area lets you focus on a specific day or period. For example, between September 2012 and September 2015, you can see that concentration in agency MBS has been very stable, while the concentration in equities has increased steadily. 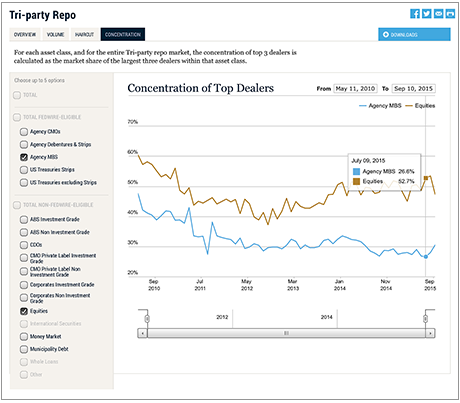 There are many other aspects of the repo data that you can explore with the interactive tool. We hope that this new tool will be useful—and entertaining—for everyone who has an interest in the U.S. tri-party repo market.

Susan McLaughlin is a senior vice president in the Federal Reserve Bank of New York’s Markets Group.
Posted by Blog Author at 07:00:00 AM in Fed Funds, Financial Markets