« Who is Driving the Recent Decline in Consumer Inflation Expectations? | Main | Working as a Barista After College Is Not as Common as You Might Think » 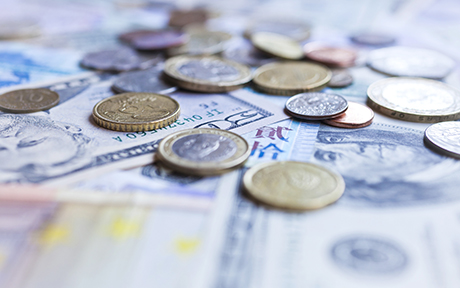 The world has gone through a process of financial globalization over the past decades, with countries increasing their holdings of foreign assets and liabilities. At the same time, countries have started to have a more positive foreign currency exposure by reducing their bias toward holding assets in domestic currency instead of foreign currency. One possible reason for these changes is that nations view demand shocks as more likely than supply shocks. That is, a dip in output will be accompanied by lower inflation rather than higher inflation. Monetary policy responds to demand shocks by cutting interest rates and letting the domestic currency depreciate. As a consequence, shifting the currency composition of assets and liabilities to increase net foreign currency holdings is a hedging strategy to protect the country’s income and wealth during downturns.

In a recent Staff Report, we present a model of international portfolio choice offering a theoretical explanation for these observations. We consider a simple exercise in which countries can choose their holding of domestic-currency-denominated bonds and foreign-currency-denominated bonds. The portfolio decision depends on how these currencies co-move with agents' income, a hedging motive shown to be empirically important. This co-movement changes depending on the economic environment—namely, the sources of economic fluctuations—and the monetary policy environment.

Our exercise shows that a move toward longer and larger positions in foreign currency cannot be explained if economic fluctuations are driven by supply shocks—that is, during periods when weaker activity is accompanied by higher inflation and so the stronger the policy commitment to offset the inflation, the stronger the domestic currency gets. Clearly, in this environment, having bonds denominated in foreign currencies is a bad hedge.

Instead, recent international portfolio positions data are consistent with a world in which the economic environment is often affected by demand shocks. It would then be rational for investors to hold foreign currency bonds because adverse shocks to demand are accompanied by lower interest rates and a weaker domestic currency. Moreover, the stronger the central banks’ commitment is to offsetting the effect of lower demand on inflation by decreasing interest rates, the larger is the likely depreciation, justifying longer positions in foreign currency.

Looking at developments in international portfolio positions through the lens of our model suggests that fluctuations in demand are affecting investors’ portfolio decisions. Of course, there could be other factors guiding international portfolio choices, but recent empirical analyses looking for the key sources of economic fluctuations in the United States and other countries seem to corroborate the importance of demand-side shocks. In fact, the empirical evidence suggests that demand shocks create considerable macroeconomic fluctuations. Economists trying to explain domestic or international business cycle properties, features of asset prices, and nominal and real exchange rates have shown the relevance of these shocks. Our analysis of portfolio positions suggests another area in which such shocks can explain the data.

Hande Küçük is an economist at the Central Bank of the Republic of Turkey.
Posted by Blog Author at 07:00:00 AM in Exchange Rates, Household Finance, Inflation, International Economics