« From the Vault: The Path of Interest Rates | Main | Would Monetary Tightening Increase Bank Wholesale Funding? »

The “Cadillac Tax”: Driving Firms to Change Their Plans? 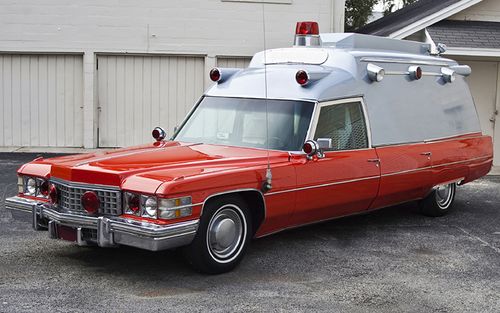 Since the 1940s, employers that provide health insurance for their employees can deduct the cost as a business expense, but the government does not treat the value of that coverage as taxable income. This exclusion of employer-provided health insurance from taxable income—$248 billion in 2013, according to the Congressional Budget Office—is a huge subsidy for health spending. Many economists cite the distortionary effects of this tax subsidy as an important reason for why U.S. health care spending accounts for such a large share of the economy and why spending historically has grown so rapidly. In this blog post, we focus on a provision of the Affordable Care Act (ACA) that is intended to chip away at this tax subsidy, the colloquially labelled “Cadillac Tax” on the priciest employer-provided health insurance plans.

Drawing on results from business surveys conducted in August 2015 by the Federal Reserve Bank of New York, as well as the more comprehensive 2015 Employer Health Benefits Survey published by the Kaiser Family Foundation, we explore the possible impact of this provision on businesses in the Second District and how individual firms might respond.

About the Excise Tax

The Cadillac Tax is a 40 percent excise tax on the amount by which a health plan’s total cost of coverage exceeds a legislated threshold ($10,200 for individual coverage or $27,500 for family coverage). For firms that do not self-insure, a health plan’s cost is determined by its annual premiums (including the shares paid by both the employer and employee), Flexible Spending Account contributions, and other health reimbursement contributions. In these cases, the insurance company is responsible for paying the tax. For employers offering self-insured plans, the values of these plans are determined using IRS protocols and the employer is responsible for paying the tax. In both cases, the cost of the tax will likely be shared between employers and employees. Although most of the major provisions of the ACA have already kicked in, the Cadillac Tax is the only major one yet to take effect. Its scheduled implementation was recently pushed back by Congress from 2018 to 2020.

Since the Cadillac Tax could potentially apply to a wide variety of firms, its impact on managerial decisions is of interest. In our August 2015 Empire State Manufacturing Survey and Business Leaders Survey, the respondents were asked to complete a supplemental section on the ACA and their health coverage more broadly. In particular, firms were asked if the “Cadillac Tax” (then projected to take effect in 2018) would apply to their health plans as they stood at that time.

Who Will Be Affected?

The Cadillac Tax is likely to have a differential impact on firms. For instance, large firms tend to be better able to afford high cost plans than small firms, and therefore are more likely to have plans that will be subject to the tax. The 2015 Kaiser Family Foundation survey found that large firms—those with 200 or more workers—were both more likely to investigate the possibility that their plan would fall under the specifications of the Cadillac Tax, and to report that their highest cost plan would exceed the threshold.

Similarly, larger firms in our August 2015 surveys were also more likely to indicate that they would be subject to the Cadillac Tax than were smaller firms. Out of firms with 200 or more full-time workers in 2015, 28 percent said their plans would be subject to the tax, compared with only 15 percent of firms with fewer than 200 full-time workers. Cadillac-yes firms were also more likely to characterize themselves as large corporations than Cadillac-no firms. Additionally, Cadillac-no firms were more likely to classify themselves as primarily self-contained at one location. Since firms that will be subject to the Cadillac Tax tend to be large, a high share of employees could potentially be affected.

Certain industries also tend to offer more generous health benefits. Firms in these industries might therefore be more likely to offer plans that would be subject to the Cadillac Tax. For instance, we found that Cadillac-yes firms were more likely to be classified as “Health, Education, and Social Assistance” firms than Cadillac-no firms.

How Are Firms Responding?

How are those businesses that project being affected by the Cadillac Tax responding to the proposed tax? Since the marginal federal income tax rate of most employers is less than 40 percent, the Cadillac Tax actually increases a firm’s tax liability more than if it were simply no longer allowed to deduct that portion of health plan benefits above the threshold. Thus, for employers with health insurance plans that are expected to exceed the thresholds, this tax should provide a strong incentive to switch to less expensive plans or to shrink their plan’s benefits.

In the Kaiser Family Foundation survey, 8 percent of all firms offering health benefits reported switching to a lower cost plan in anticipation of the tax. The plan changes they made included increasing cost sharing, reducing the scope of covered services, and increasing incentives to use less costly providers.

Similar trends emerged in our August 2015 surveys. Among the firms responding to our surveys, 64 percent of Cadillac-yes firms said that they are making modifications to their health plan or switching to a new provider in response to the ACA in general. This compares to 55 percent of Cadillac-no firms. Among firms making changes, some responses from Cadillac-yes and Cadillac-no firms are similar: The vast majority of these firms are retrenching their plans by raising total premiums, deductibles, and out-of-pocket maximums.

What is more interesting in our surveys is that Cadillac-yes respondents are more inclined than Cadillac-no respondents to be decreasing the number of plan options and decreasing the range of services covered. Among firms making changes, 30 percent of Cadillac-yes firms are decreasing the number of plan options they offer, compared to 16 percent of Cadillac-no firms. Since the excise tax will only apply if an employee chooses a high-cost plan, firms may be dropping their highest cost plans in order to avoid that risk. In addition, Cadillac-yes firms are much more likely than Cadillac-no firms to be reducing the range of services covered—a strategy that firms with high health care costs could be using to reduce these costs and therefore stay below the Cadillac threshold. This retrenchment behavior is consistent with firms making incremental changes to their plans now in anticipation of the tax, since changes take time to implement. Surprisingly, Cadillac-yes firms are no more likely than Cadillac-no firms to reduce the size of their networks. This would seem like a technique firms could use to avoid the excise tax.

Potential Impact of the Cadillac Tax

Nicole Dussault is a senior research analyst in the Bank’s Research and Statistics Group.

Maxim L.Pinkovskiy is an economist in the Bank’s Research and Statistics Group.