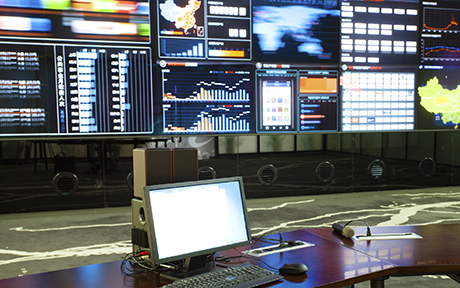 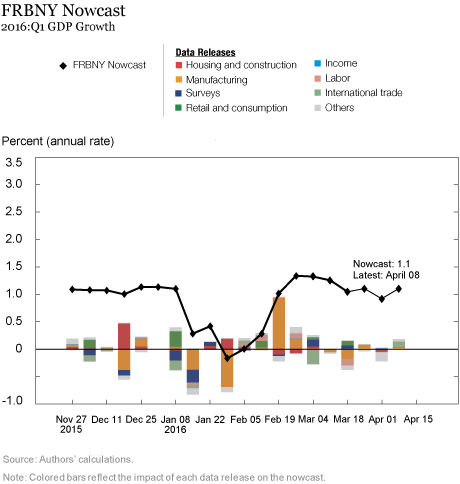 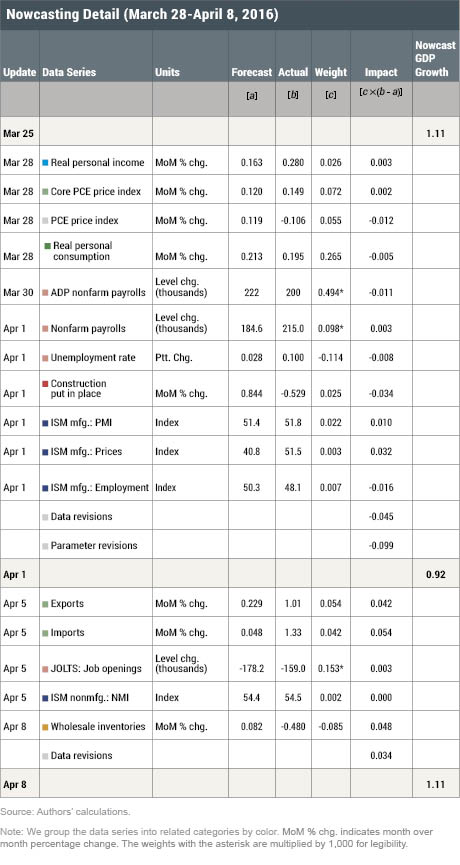 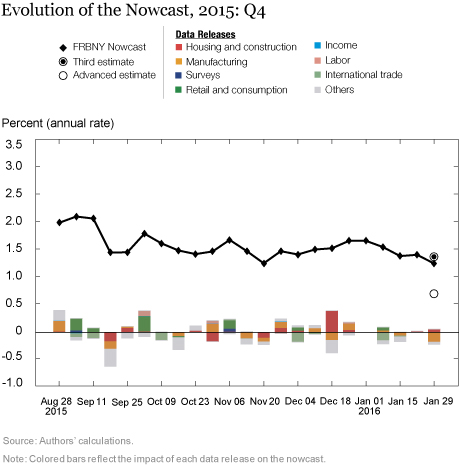 Matthew Cocci, a former research analyst in the Research and Statistics Group, is a Ph.D. student in economics at Princeton University.

In reply to Dhaneesh: Thank you for your interest. We did not publish a Nowcasting Report on April 22 because it fell during a blackout period surrounding this month’s Federal Open Market Committee (FOMC) meeting. We will resume publication this week on our normal schedule, releasing the report on Friday at 11:15 a.m. You can keep track of FOMC blackout periods using this calendar maintained by the St. Louis Fed: https://www.stlouisfed.org/about-us/resources/blackout-periods. We continue to update the nowcast internally during the blackout periods and the analysis will be reported in the next available publication.

Will you be updating this weekly on Fridays as mentioned in the article above? If so, where can I find the Friday April 22 update? Thanks

In reply to Charles Self: We have performed extensive back-testing of the model, which we plan to share in the near future. In the meantime, we refer the reader to extensive academic research [https://biblio.repec.org/entry/cab.html] that, as discussed in the Q&A of the Nowcasting Report [https://www.newyorkfed.org/research/policy/nowcast.html], “have shown that the platform is able to approximate best practices in macroeconomic forecasts. The model produces forecasts that are as accurate as, and strongly correlated with, predictions based on best judgment.” In reply to Tauno Loertscher: We track the annualized quarterly (“q/q”) growth rate of GDP, not the 4 quarters (“y/y”) growth rate.

In reply to Andrew Stout: The FRBNY Staff Nowcast and the Atlanta Fed’s GDPNow are both based on statistical filtering techniques applied to a dynamic factor model. These techniques are very common in big data analytics since they effectively summarize the information contained in large datasets through a small number of common factors. The general framework for macroeconomic nowcasting has been developed in the academic literature over the past ten years, as discussed in the Q&A included in our Nowcasting Report. The FRBNY Staff Nowcast is a straightforward application of the most advanced techniques developed in this academic literature. GDPNow adapts these techniques to mimic the methods used by the BEA to estimate real GDP growth, as well explained by GDPNow’s own FAQs. Because GDPNow and the FRBNY Staff Nowcast are different models, they can generate different forecasts of real GDP growth. Our policy is not to comment on or interpret any differences between the forecasts of these two models.

What are the major conceptual differences between your Nowcast and the Atlanta Fed’s Nowcast (which sits 0.1% compared to your 1.1%)?