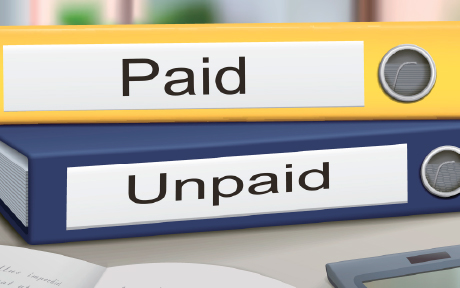 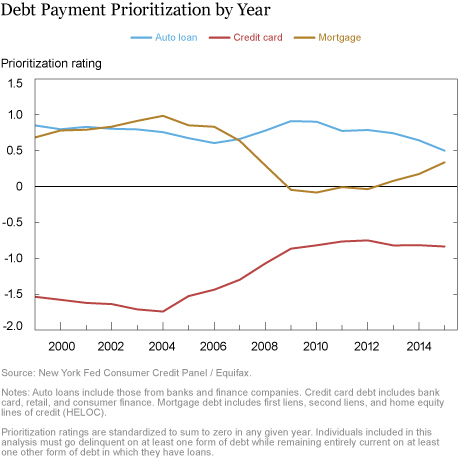 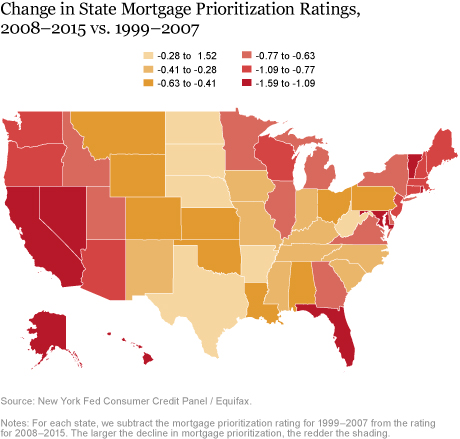 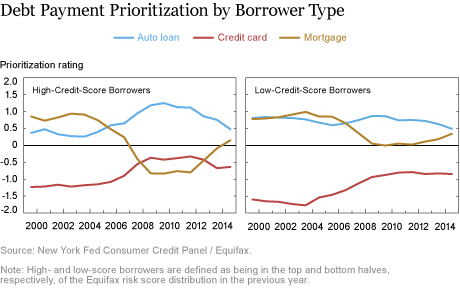 Posted by Blog Author at 07:00:00 AM in Credit, Household Finance

Overall we think that there are arguments to be made either way regarding the relative prioritization of student loans. As you mention, the potential for wage garnishment and the inability to discharge student debt in bankruptcy would suggest that student loans might be highly prioritized. On the other hand, we would also expect student loan debt to be less prioritized due to its unsecured nature, in that one does not forfeit his or her house or car by not paying this debt.

Sean:
That’s a great point, and it’s something that we’ve thought about in our analysis. We do indeed have balances in our data, and can include the difference in balances as a control within our framework. When we do so, we generally find that conditional on the debt types, the debt category with the larger balance is less likely to be paid (vs. unpaid) during and immediately after the recession (2008-2012) but is more likely to be paid before and after this period. Including balances as controls has a very small effect on our debt prioritization metrics, but overall the general patterns described in this analysis are robust to the inclusion of this control.

We’re glad that you enjoyed the post! We agree that there remains a link between paying other debts and keeping one’s credit card account open, and that universal default and the details of the CARD act could contribute to this link and to the pecking order of debt more generally. To isolate the effects of these policies, we would need some variation in exposure to the policies. For example, if issuers were more likely to enforce these policies in certain geographic areas or with certain consumer groups, we could compare debt prioritization behavior across these groups.

In addition to the policies you mention, debt repayment is also linked by other factors. These include the presence of nonrecourse laws and judicial foreclosure, both of which vary by state. Our colleagues here at the Federal Reserve Bank of New York do an excellent job of analyzing some of these linkages (http://onlinelibrary.wiley.com/doi/10.1111/jmcb.12304/full), and we look to build on this analysis using our framework of debt prioritization. We’ll add universal default practices to our list of policies to examine in more detail.

Great post. Reminds me of a working paper from the Philadelphia Fed.

In the 90s a concept called universal default became popular with credit card companies, whereby accounts could be priced up to the penalty APR if the customer's credit report showed they were in default on another debt. Anecdotally, some issuers were more likely to use the practice than others, even if it was provisioned for in the CMA. The CARD Act prevents issuers from assessing the penalty APR in these situations, but apparently does not restrict them from calling in the balance (placing the account in default and closing it). Bottom line is, there may still be a link between paying your other debts and keeping your credit card account open, provided that consumers are aware of the potential of this occurring, and issuers are enforcing that part of their agreements. Would you be able to use your framework to measure the effects of these policies on debt repayment patterns?