Just Released: The Regional Economy Is off to a Good Start in 2017 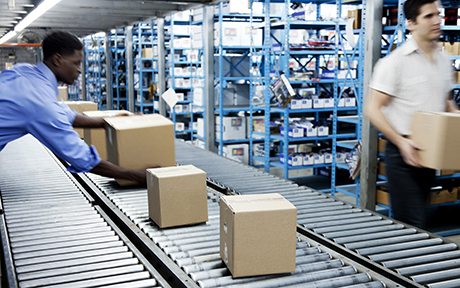 The New York Fed’s latest Beige Book report, released this afternoon, shows the regional economy gathering steam in early 2017. The report, based on information collected through February 17, suggests the regional economy, which had been essentially flat for the second half of 2016, saw growth pick up to a modest pace at the start of the year. Manufacturers, in particular, note a sharp rise in activity, as do businesses in wholesale distribution and transportation. Consequently, the market for industrial and warehouse space was pretty robust in the opening weeks of 2017. Meanwhile, businesses in most service industries continue to report steady to moderately expanding activity. And even though consumer spending has remained fairly subdued, consumer confidence climbed to highs not seen in more than a decade. All in all, it appears the regional economy has gotten off to a good start in 2017.

With a growing economy, job prospects in the region also continue to improve. While manufacturers indicate that employment has been fairly steady, businesses engaged in education and health, information, professional and business services, and wholesale trade say they’ve been hiring. Moreover, contacts in most industries say wages have continued to grow modestly, though larger increases have gone to certain kinds of high-skilled workers in short supply.

There have been some interesting crosscurrents in residential real estate. New York City’s housing market—one of the hottest in the nation in recent years—has cooled considerably, with both rents and selling prices of apartments slipping, especially at the high end. Meanwhile, housing markets in some of the city’s suburbs and parts of upstate New York have recently been the strongest in the region.

As for prices, a growing number of businesses say their input costs have been rising. So far, however, these firms are mostly holding the line on the prices we all pay for goods and services.

Overall, the latest Beige Book report indicates the regional economy has gotten off to a good start in 2017. And, for that matter, so has the national economy. Whether this momentum can be sustained in the months ahead remains to be seen. The next Beige Book report, to be released on April 19, will provide additional information on the region’s economic performance.