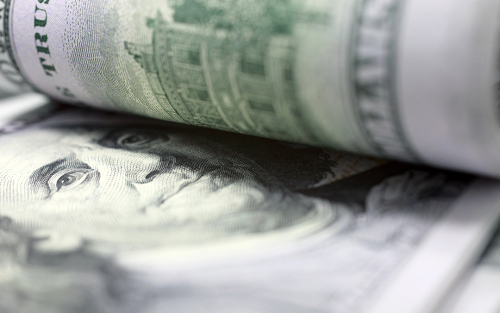 The Federal Reserve Bank of New York’s Markets Group today published a report presenting updated staff projections for the future path of domestic securities held in the System Open Market Account (SOMA) and portfolio-related income. The updated projections incorporate very recent information and are provided as a tool for the public to further understand factors affecting the evolution of the Federal Reserve’s balance sheet.

Scenarios in the updated projections take account of details communicated by the Federal Open Market Committee (FOMC) after its June 2017 meeting about the approach it plans to use to reduce the Federal Reserve’s securities holdings. Specifically, the FOMC intends to decrease the reinvestment of principal payments from securities held in the SOMA in a gradual and predictable manner, using a set of gradually increasing caps on the dollar amounts of Treasury and agency securities that are allowed to run off each month. (As the caps are phased in, reinvestments will decline, and the monthly reductions in the Federal Reserve’s securities holdings will become larger.)

The projection scenarios also incorporate financial forecasts, expectations for when portfolio reductions will commence, and expectations for the long-run size and composition of the Federal Reserve’s balance sheet, all based on the surveys of primary dealers and market participants conducted by the New York Fed ahead of the June 2017 FOMC meeting. The new projections update the year-end 2016 projections that were published earlier this year in the New York Fed’s annual report on domestic open market operations.

Since 2011, the New York Fed has published projections in its annual report on domestic open market operations to enhance transparency around the FOMC’s portfolio-related policy decisions by showing how the portfolio and associated income could evolve under a baseline scenario (drawn from publicly available information) and alternative scenarios. The updated projections in today’s report illustrate how the FOMC’s program of gradually increasing caps would apply to the treatment of principal payments on Treasury securities and agency mortgage-backed securities (MBS), assuming that the FOMC announces a change to its reinvestment policy in December 2017, in line with survey respondents’ modal expectation. The report also demonstrates how the caps would affect agency MBS in the event of a substantial downward shock to primary mortgage rates. The report then illustrates how the portfolio’s projected size, composition, and income might be affected by different long-run balance sheet sizes.

These portfolio and income projections are merely illustrative. The actual portfolio path and future income will be influenced by a range of factors, including decisions the FOMC makes about its securities portfolio and long-run framework, as well as interest rate, economic, and autonomous balance sheet developments. Nevertheless, the projection exercise aims to add to the public’s understanding of the relationships among these factors. Markets Group staff plan to update these projections in the next annual report on domestic open market operations.

Michael Fleming is a vice president in the Federal Reserve Bank of New York’s Research Group.

Gabriel Herman is an associate in the Bank’s Markets Group.

Deborah Leonard is a vice president in the Bank’s Markets Group.

Dave Na is a senior associate in the Bank’s Markets Group.

Lisa Stowe is an officer in the Bank’s Markets Group.