This post presents a quarterly update of the economic forecast generated by the Federal Reserve Bank of New York’s dynamic stochastic general equilibrium (DSGE) model. We describe our forecast very briefly and highlight its change since November 2017.

The March model forecast for 2018–21 is summarized in the table below, alongside the November 2017 forecast for the same period, and in the charts that follow. The model uses quarterly macroeconomic data released through the fourth quarter of 2017 and available financial data and staff forecasts through February 21, 2018. 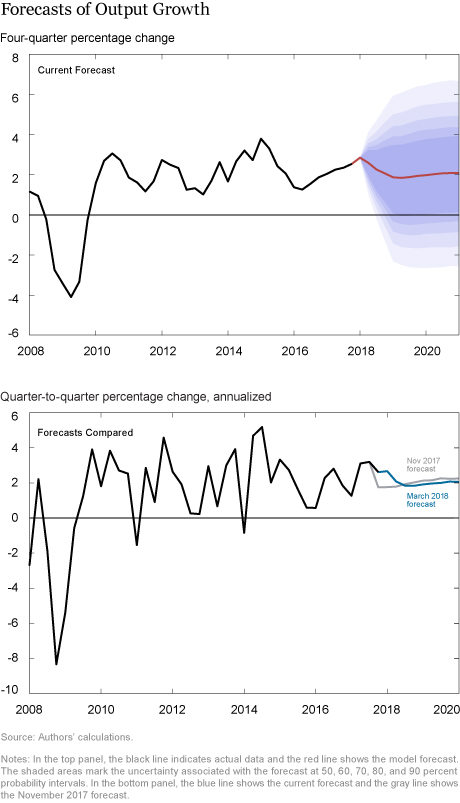 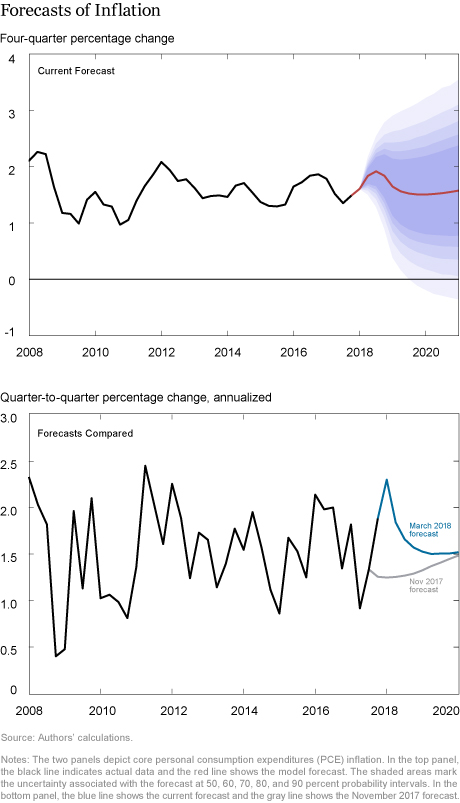 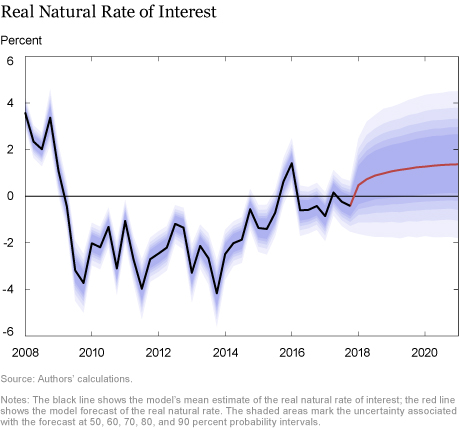