« Good News, Leverage, and Sudden Stops | Main | At the New York Fed: Conference on the Effects of Post-Crisis Banking Reforms » 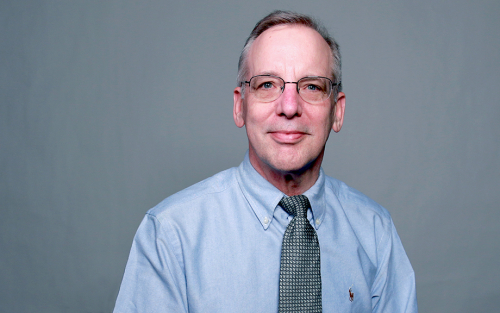 Bill Dudley will soon turn over the keys to the vault—so to speak. But before his tenure ends after nine years as president of the New York Fed, Liberty Street Economics sought to capture his parting reflections on economic research, FOMC preparation, and leadership. Publications editor Trevor Delaney recently caught up with Dudley. This transcript has been lightly edited.

Q: Lawyers sometimes refer to ‘thinking like a lawyer.’ How would you describe what it means to ‘think like an economist?’
The classic joke is that economists are ‘on the one hand…on the other hand.’ Lawyers are advocates for a given point of view and prosecute under a well-defined set of rules of law. I think of lawyers as advocates and economists as almost like a justice balance—where they’re trying to weigh the evidence very carefully to see where the preponderance of the evidence lies.

So economists may be a little bit more open-minded to the facts—not to say that lawyers aren’t, but a lawyer’s job is to do something, to advocate a position, to protect a positon. So they’re starting with a very strong
a priori view. I think economists start with a priori views, in the form of a hypothesis, but if the evidence is inconsistent then they start to change the theory and hypothesis, as opposed to arguing that the evidence is obviously not applicable.

Q: You were an economist on Wall Street before joining the Fed. What differences have you noticed between Wall Street economists and the research-oriented economists here on Liberty Street?
A big difference is that Wall Street economists cover a broad range of topics. When I was at Goldman Sachs we had four people covering the U.S. economy—they covered pretty much the gamut of all the policy issues that might have some economic content. Wall Street economists try to synthesize an abundance of information into material that’s useful for the person who’s trying to figure out the world that we live in. A research economist is trying to push the frontier of knowledge outward, so that’s a very different goal.

At the New York Fed, research economists play a hybrid role. They’re doing research that’s trying to push out that knowledge frontier. But they’re also taking all of their knowledge and analytical ability and applying it to real-world policy problems. In my mind, a good research department in a Federal Reserve Bank consists of people who are top-notch in terms of their academic qualifications and ability, and who are interested in real-world policy problems—which creates a tremendous value for the Bank.

Q: During your tenure, has the role of research changed a lot at the New York Fed? …the processes?
I don’t think that it’s changed dramatically. The research department was very good when I came here, it’s very good now. I think probably what’s happened—I don’t know if this is accurate, but it’s a perception on my part—it feels like the research that we do is a little bit more closely aligned with the mission of the Bank than it was ten or fifteen years ago. I don’t think it’s something that was deliberately forced. The work of the Bank has become so interesting in the aftermath of the financial crisis and we have such a wealth of information here compared to other places. I think those factors have caused the research department to want to work on issues that are very consistent with the broader goals of the Bank. The research department is probably providing a little more value to the Bank just because that alignment is a bit closer.

Q: ‘Big data’ is much discussed these days. Has it already had a significant impact on economic research or is that story still evolving?
I think big data is already making a big impact in the world—think about artificial intelligence, machine learning. In the Bank, we’re probably in the early days. I think the biggest data set that we use is the anonymized credit files that we get from Equifax [New York Fed Consumer Credit Panel]. That’s a big data set, but that’s ‘big data’ in a more traditional way, it just happens to be a lot of data. As opposed to big data in the sense that you’re synthesizing a whole bunch of different streams of data and trying to extract information out of it.

The credit analysis has been great though. To be able to take all that information from those credit files and figure out what it means for types and classes of individuals—based on their backgrounds, their locations, their incomes, their educations—has been really valuable.

Q: The New York Fed has researchers focused more on financial markets and others focused on the ‘real’ economy, like the labor market. How do you look at factors on the financial side of the economy versus factors on the real side?
It’s the rare person who can look across both spheres because you come out of school with a specialty. My specialization was industrial organization. I only took one macro class. It was the only class I got a B in in graduate school. I got the B from George Akerlof, Janet Yellen’s husband. It didn’t seem to hold me back in the long run, but it is a little ironic.

One of the challenges going into the financial crisis, for example, if you look at the big DSGE model—dynamic stochastic general equilibrium model—it didn’t include a finance sector. So the whole experience of what actually happened during the global financial crisis—the collapse of the financial system and that taking down the real economy—wasn’t an actual possibility within the major macro models that some economists were using to forecast the economy. So that sort of shows you that you’ve got to bring both disciplines to the table. And there has been progress incorporating financial factors into these models. We were nowhere, now we’re probably at the first or second grade.

Historically macroeconomists imagined that changes in federal funds were transmitted directly from the Fed to the macroeconomy. But in my mind, the linkage between the federal funds rate and financial conditions is quite variable. So if you just focus on the federal funds rate, you’re going to, at times, make pretty bad forecasts about what’s actually going to happen in the real economy. When I was at Goldman, I found that focusing on financial conditions really helped me, in terms of thinking about the economic outlook and how the economy is going to evolve.

Not to say that everybody has accepted that financial conditions framework, but boy we certainly talk about financial market conditions a lot more broadly today than we did ten years ago. It’s part of the vernacular now, even at the Federal Reserve.

Q: The Federal Open Market Committee, which sets monetary policy for the Fed, is the subject of intense scrutiny. What color can you share about your preparation for FOMC meetings?
How the process works depends on who the Bank president is and what their background and interests are. I run things both closely with the research group, in terms of monetary policy, but also pretty independently. We’re talking and having a lot of dialogue and the research department produces a lot of material for me to consider. And I push back and ask the research department to work on x, y, z—so it’s very much a two-way street.

When it actually comes down to writing the monetary policy briefing that I give to the FOMC, I really don’t ask research to tell me what to say. I’m taking all of the stuff that we’ve been talking about over the six weeks between FOMC meetings on board, then I’m producing my version of what I think.

Q: You’ve argued that supervision and regulation aren’t enough to ensure the effectiveness of the financial system and that banking culture plays an essential role in risk management. How do you think financial firms can advance on that front?
There’s a bunch of steps that I’d like to see the industry take that they’re not quite doing yet. Economists always ask if something is incentive compatible. Why do they talk about that? Because incentives really matter in terms of driving behavior. And behavior ultimately determines what conduct is, and conduct establishes the social norms that define culture. So I think that there’s really a link back to our discussion about culture, back to economics, because it’s really through this incentive channel that things can change. So economists think about incentives all the time, they always ask: ‘What are the incentives in place?’ ‘How does that drive behavior?’

If you think about this in the context of economic models, it’s the rational man or woman taking all the information in the world and trying to solve it in a totally rational way—a view that’s come under scrutiny over the last couple decades. Behavioral economics has said, wait a second, it’s not this super-rational person that’s solving all these things. There are a lot of decisions made by shorthand metrics and as Daniel Kahneman noted, a lot of decisions are made with very little thought or conscious attention. It’s a little bit of an exaggeration. At the same time he's absolutely right in that incentives really do matter, and they do drive behavior and I think that’s how economists think about the world.

Q: You’ve led an institution that plays an important role in the U.S. and global economies. What leadership principles have helped guide you as president of the New York Fed?
Well, the important thing is that you have to practice what you preach. People look at actions a lot more than they listen to words or exhortations, so try to see that your actions are consistent. In other words, if I want people to be open to ideas, I need to be open to ideas too. When I started as president of the Bank, the first time I spoke at a Bank town hall, I shared the outlook that, ‘the best idea wins.’ I emphasized best so we at the Bank would focus on the quality of the idea, and not who was advancing it.

I thought that would be a good way of saying what we’re for. We’re for the best ideas. We don’t have a lot of ideological baggage that we’re carrying around that’s causing us to reach inferior conclusions because we have blinders on. But also because basically it says that this is not going to be a top-down kind of process. The best idea could originate anywhere in the organization and if we’re listening and communicating well, that idea will be communicated upward in the organization.

Rather than have the person at the top try to think of a big idea, I wanted a thousand flowers to bloom and for all of these ideas to percolate throughout the organization, and people parsing through those ideas. If you have lots of ideas competing, the winning idea will probably be a lot better.

Speech: Important Choices for the Federal Reserve in the Years Ahead (April 18, 2018)