At the New York Fed: Research Conference on FinTech 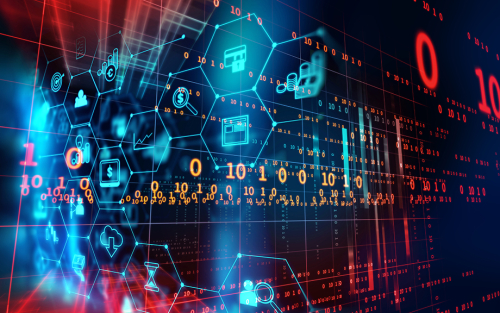 Financial technology (“FinTech”) refers to the evolving intersection of financial services and technology. In March, the New York Fed hosted "The First New York Fed Research Conference on FinTech” to understand the implications of FinTech developments on issues that are relevant to the Fed’s mandates such as lending, payments, and regulation. In this post, we summarize the principal themes and findings of the conference.

FinTech Advisory Group
In his opening remarks, Kevin Stiroh, head of the New York Fed’s Supervision Group, noted both the benefits and risks that FinTech poses to the economy of New York City and the surrounding region. Underscoring the need to think more systematically about FinTech, Kevin announced the creation of the New York Fed’s FinTech Advisory Group, a body that will provide the Bank with a more complete picture of the rapidly evolving FinTech landscape.

FinTech Themes
In the opening panel, panelists traced the emergence of many FinTech companies to the aftermath of the financial crisis of 2007-08, a period when incumbent financial firms became distressed and cloud, blockchain, and mobile technologies gained prominence.

The panelists generally agreed that FinTech firms and incumbents both compete and cooperate with one another. As FinTech firms continue to grow by introducing new services, incumbents are upgrading their technology and collaborating with these new companies. However, as the panelists stressed, such initiatives are only “innovative” to the extent that they provide value to clients. Blockchain technology, for example, has sparked a lot of hype, but clients remain skeptical about its value. As a remedy, the panel recommended test-driving specific use cases currently being implemented to understand what clients value.

Banks and FinTech Lenders
The next session featured presentations on four academic papers related to FinTech credit markets. The first paper notes that the costs of financial intermediation have not decreased for more than a century, emphasizing the importance of FinTech in potentially lowering these costs. The second paper finds that FinTech firms provide loans to rich and creditworthy borrowers, rather than to borrowers excluded by traditional banks, as is widely believed. Supporting evidence shows that these borrowers were using FinTech loans to consume rather than to consolidate debt, potentially making them vulnerable to default. The third paper argues that peer-to-peer (P2P) lenders displace bank loans, especially those provided by small banks. The last paper shows that P2P lending in China has been used for regulatory arbitrage. In 2013, authorities in many Chinese cities required a higher minimum down payment for mortgages on second homes. The author found that investors circumvented the regulation by borrowing the additional amount from P2P lending platforms.

In discussions following the presentations, it was pointed out that FinTech lending is part of a broader increase in lending by shadow banks, some of which were early adopters of FinTech lending platforms. Concerns were raised that shadow banks might cause financial instability since they lack a deposit-funding base and have limited balance sheet capacity. It was further noted that whereas Chinese P2P lenders are powerful, Wall Street has soured on U.S. P2P lenders, which are viewed as consolidators of subprime debt. It was conjectured that P2P lenders in the United States might shift to small and middle market lending, where banks are not efficient lenders due to weaker technology.

Economics of Blockchain, Payments, and Tokens
In the third session, three papers on the role of blockchain and tokens in payment systems were presented. The first paper distinguishes between tokens that verify the legitimacy of an asset and accounts that verify a payer’s identity as an account holder. This distinction has implications for counterfeiting. In electronic token systems, a nonbank verifier only checks whether the token has been spent and is not responsible for theft, but a bank bears additional liability for misidentifying parties and allowing unauthorized transfers from an account to proceed. Regarding theft, a fraudster that successfully compromises an account likely has access to the entire account balance. In contrast, a fraudster that accesses a token will only have the token.

The second paper highlights that “proof-of-work” payment blockchains, such as Bitcoin, face limited adoption as an inescapable economic outcome of their technical design. Higher transaction demand on these blockchain networks results in higher fees since their ledger space is artificially constrained. Higher fees, in turn, prolong payment confirmation times. A permissioned blockchain may serve as a viable alternative to Bitcoin blockchains.

In the ensuing discussions, it was argued that the self-limiting nature of cryptocurrencies such as Bitcoin inhibits their success, given the importance of network effects in payments. By contrast, mobile payment systems appear to benefit from network effects. It was suggested that the public sector might facilitate the switch to new payment arrangements. The settlement of digital assets trading on a P2P platform using tokens was also discussed. One proposal that came up was for the payments leg of the settlement process to be tokenized. It was suggested that to drive adoption, a mutual model—where owners (or members) are also the users—might be useful.

New Regulatory Tools
The fourth session featured two papers that propose new regulatory metrics using machine-learning approaches. The first paper argues that the length of a regulation is an insufficient measure of its complexity. For example, the length of Basel III was more than twenty times that of Basel I, suggesting it is that much more complex. However, a short phrase could be more complex than a longer phrase if it is harder to interpret. As an alternative, the author proposes treating regulation as an algorithm, and measuring the complexity of the algorithm. The second paper examines a general framework for analyzing large-scale textual data using semantic word vectors that infer the meaning of a word by the context of the words around it. The outputs are a set of textual factors—words and their relative frequency distributions—that can be used in regressions. The authors demonstrate the utility of their methodology by applying it to forecasting asset returns and macroeconomic outcomes.

The subsequent discussion noted that the algorithmic complexity measure would not apply to regulations that are not intrinsically algorithmic. Also, the robustness of long-term textual analysis was questioned since the meaning of words changes over time. In further discussion, the potential benefits of using technology to facilitate compliance with regulations (known as RegTech) was emphasized, especially for smaller firms, due to the fixed costs of compliance.

FinTech Research Agenda
The conference concluded with a discussion of the research agenda in FinTech. One panelist discussed his experience using a new protocol when editing a special FinTech issue of the Review of Financial Studies. He noted that FinTech submissions came from more junior researchers than is typical and mostly focused on P2P lending, big data, and blockchain. He recommended that FinTech researchers link to existing research, recognize international dimensions, and establish interdisciplinary collaboration. Another panelist proposed an integration of data science, econometrics, machine learning tools, and signal processing. Such an integration could potentially yield new results—for example, on non-linear risk premia. A third panelist considered three characteristics of big data: large size, high number of dimensions, and complex structure. Large amounts of data can mitigate selection bias in small samples and provide new economic signals. For high-dimensional data that must be processed through machine-learning techniques, an economist may utilize an alternative data vendor or collaborate with data scientists. While these novel techniques may reveal new patterns in the data, deriving economic conclusions from the results remains a challenge.

Brad Groarke is an associate in the Bank’s Supervision Group.

Vanessa Kargenian is a cybersecurity/IT bank examiner in the Bank’s Supervision Group.

Kimberley Liao is a senior associate in the Bank’s Supervision Group.

Erika Ota-Liedtke is a supervisory development analyst in the Bank’s Supervision Group (seconded to the Policy Planning Office of the Executive Office).

Posted by Blog Author at 07:00:00 AM in Financial Institutions, Financial Intermediation, Regulation