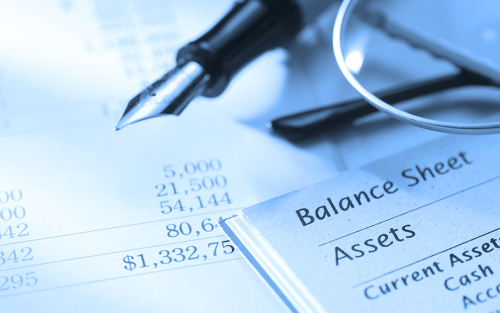 Estimating the Benefits of Supervisory Attention

The primary challenge in assessing the impact of supervision on banks is to find differences in supervisory attention that are not themselves determined by bank performance. As outlined in our earlier post, we solve this problem by exploiting the structure of supervision within the Federal Reserve System. Using Federal Reserve management data, we demonstrate that the top-ranked banks (defined as the largest banks in terms of size) in a Federal Reserve district receive significantly more supervisory hours than similarly sized banks that are not among the top five. We then compare outcomes for the top five banks in a district to otherwise similar banks that are not among the top five in their district. We attribute differences across these groups to the greater supervisory attention paid to the largest banks in a district. Further details on how we match BHCs can be found in the Staff Report.

We find that top-ranked banks in a district are less risky with little trade‑off in terms of profitability. While the level of earnings (as measured by the return on assets or ROA) are similar between top-ranked banks and their matches, the standard deviation of ROA (SD ROA) for top-ranked banks is 60 percent that of their peers. This difference is statistically significant at the 5 percent level. Hence, the more closely supervised banks appear less risky, but without a corresponding trade-off in profitability.

Nonperforming loans (NPL) data also suggest that the more closely supervised, top-ranked banks are less risky. The top-ranked banks have on average lower NPL, as a ratio of total loans, consistent with a less risky loan portfolio. Nevertheless, they have similar levels of loan loss reserves, which suggests they manage risks more conservatively.

When Do the Benefits from Supervision Emerge?

To better understand how these differences evolve over the business cycle, we compare the time series of performance of the banks that received the most supervisory attention and the banks that received less supervisory attention from 1991 to 2014. The charts below illustrate sample averages for top-ranked banks and similar banks (that is, those banks whose ROA, SD ROA, and NPL percentages closely match the top‑ranked banks). 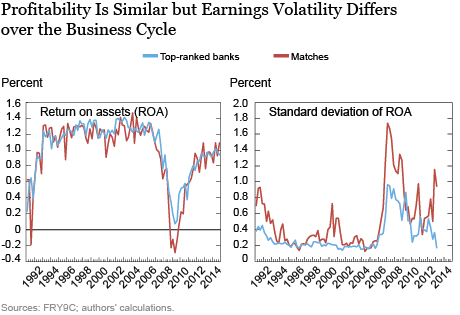 Patterns in ROA between top-ranked banks and their matches look similar in left panel of the chart above. Differences between the two samples emerge in the remaining charts. The standard deviation of ROA, shown the right panel above, suggests that top-ranked banks are less risky around three recessionary periods: the early 1990s, 2001, and the Great Recession.

Top-ranked banks also have lower NPL ratios than matched banks, as seen in the top panel of the chart below. This finding is particularly true for residential real estate (RRE) loans during the Great Recession (see the middle panel) and for commercial and industrial (C&I) loans during all three recessions (see the bottom panel). While specific loan types vary in the degree to which they experienced a downturn in each of the recessions, top-ranked banks are generally less sensitive to systemic declines in loan performance. 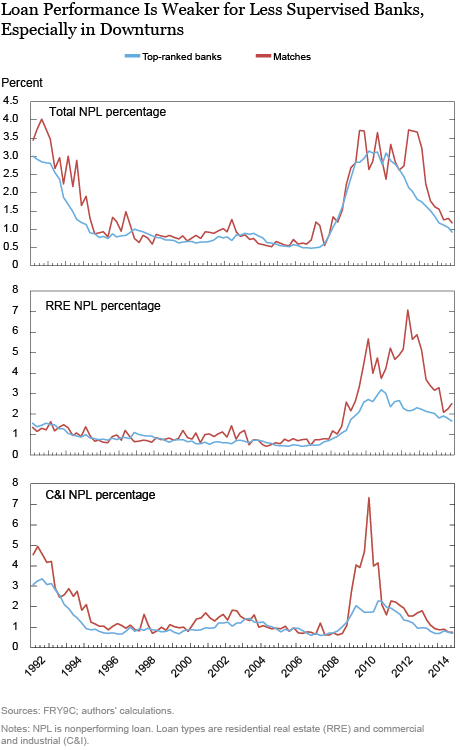 The graphical evidence suggests that there is a cyclical nature to the benefits of supervisory attention: in normal times, the benefits are smaller, but during downturns the more closely supervised firms exhibit better loan performance and lower earnings volatility. Using a regression to test for the differential sensitivity of profitability and risk during periods of industry stress, we confirm that the patterns illustrated above are statistically significant. We regress our profitability and risk variables on an indicator for top-ranked-bank status, an indicator for an industry downturn, and an interaction term between the two. The interaction term coefficient estimates the differential sensitivity of top-ranked banks to the downturn relative to normal times.

With respect to profitability (ROA), we find that top-ranked banks earn more than their matches during downturns, but the coefficient is not statistically significant. Unconditionally, top-ranked banks have significantly less variation in ROA during good times and this difference is even greater during downturns. For NPLs, we find that top-ranked banks have lower NPL percentages in downturns. This is true in total loans, reflecting lower nonperforming residential real estate loans, commercial real estate loans, and C&I loans. The effect is statistically significant in each of these loan categories.

The only category of loans for which top-ranked banks do not have lower NPLs is in the consumer loan category (not pictured). This may reflect the fact that consumer loans are a credit-score-driven business, with less of a role for supervisory insights or soft information.

Overall, the regression analysis supports the statistical significance of the patterns observed in the charts above: that supervisory attention appears to reduce bank risk and that this effect emerges during downturns when economic risks are elevated.

Overall top-ranked banks have lower earnings volatility and lower ratios of nonperforming loans than similar peers. The time series analysis reveals that these differences arise primarily during recessionary periods when overall economic risks are elevated. Since top-ranked banks are more heavily supervised than their peers, our analysis illustrates the importance of supervision to mitigate risk at banks. Moreover, it indicates the utility of assessing the impact of supervisory programs over a complete cycle, as the benefits of supervision emerge during industry downturns.

Uyanga Byambaa is a senior research associate in the Federal Reserve Bank of New York’s Research and Statistics Group.