The Value of Opacity in a Banking Crisis -Liberty Street Economics

« Monitoring Real Activity in Real Time: The Weekly Economic Index | Main | How the Fed Managed the Treasury Yield Curve in the 1940s »

The Value of Opacity in a Banking Crisis 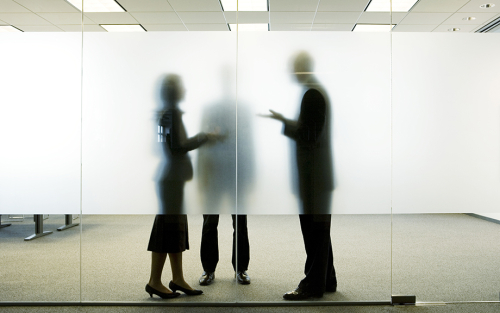 During moments of heightened economic uncertainty, authorities often need to decide on how much information to disclose. For example, during crisis periods, we often observe regulators limiting access to bank‑level information with the goal of restoring the public's confidence in banks. Thus, information management often plays a central role in ending financial crises. Despite the perceived importance of managing information about individual banks during a financial crisis, we are not aware of any empirical work that quantifies the effect of such policies. In this blog post, we highlight results from our recent working paper, demonstrating that in a crisis, a policy of suppressing information about banks' balance sheets has a significant and positive effect on deposits.

Why Might Withholding Information about Banks Be Helpful?
During normal times, regulators have long recognized that disclosure is an important tool that helps the market to discipline banks. Indeed, since the free banking era, the United States has required banks to report summary statistics of their balance sheets on a periodic basis (through “call reports”).

In a crisis, however, theory predicts that undesirable outcomes can occur if the publication of balance sheet information induces runs on solvent banks. As a result, it may be desirable for regulators to suspend the publication of bank-specific information during a crisis so as to make banks more opaque to depositors. Such a policy action prevents depositors from being able to distinguish between banks with stronger and weaker balance sheets, reducing the chance that depositors will run on a weak, but still solvent bank (an inefficient type of bank run).

How Can We Measure the Value of Increasing Opacity?
During the bank panics of the Great Depression, policymakers tried a variety of measures to mitigate bank runs. In New York during this time, state‑level and national‑level regulators implemented different policies with regard to publishing bank balance-sheet data.

To convince "panic-stricken" households in New York that their deposits would remain liquid and safe, the New York state bank regulator suppressed bank-specific information by not collecting and mandating the publication of call report data in 1933 and 1934 for those institutions under its oversight (banks with a state charter). This policy decision effectively ended the public's ability to observe the balance sheets of state&#8209charter banks for two years. In contrast, the Office of the Comptroller of the Currency (OCC) collected and mandated the publication of balance-sheet statistics for banks under its oversight (banks with a national charter).