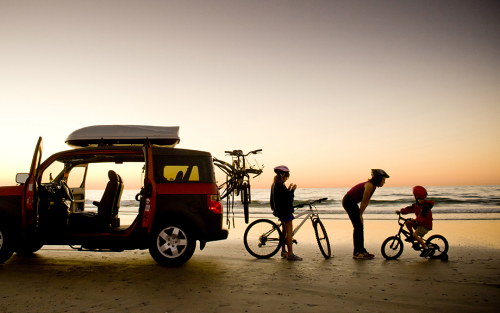 The New York Fed’s Center for Microeconomic Data released results today from its April 2020 SCE Household Spending Survey, which provides information on consumers' experiences and expectations regarding household spending. These data have been collected every four months since December 2014 as part of our Survey of Consumer Expectations (SCE). Given the ongoing COVID-19 outbreak, the April survey, which was fielded between April 2 and 30, unsurprisingly shows a number of sharp changes in consumers’ spending behavior and outlook, which we review in this post.

Consumers report a series low median 1.0 percent increase in household monthly spending relative to twelve months ago, down from to 2.5 percent in December 2019. While the decline in spending growth was broad-based across age, education, and income groups, it was largest for higher-income (above $100K) and younger (below age 40) respondents. The dispersion in the change in monthly spending also increased, with a quarter of respondents reporting a decline in monthly spending (compared to twelve months ago) of at least 5 percent, while another quarter of respondents reported an increase in spending of at least 4.9 percent.

Similarly, we see a sharp decline in the proportion of respondents who made at least one large purchase over the past four months. This proportion has been relatively stable with an average level of 61.7 percent since the start of the series (in April 2015) and dropped to 50.7 percent in April—a 9.1 percentage point drop from its April 2019 level. As shown in the table below, the decline in the share of respondents who made a large purchase over the past four months was again largest for higher-income respondents: the share dropped 13.2 percentage points, while the share for those with household incomes under $50K declined by 5.0 percentage points. 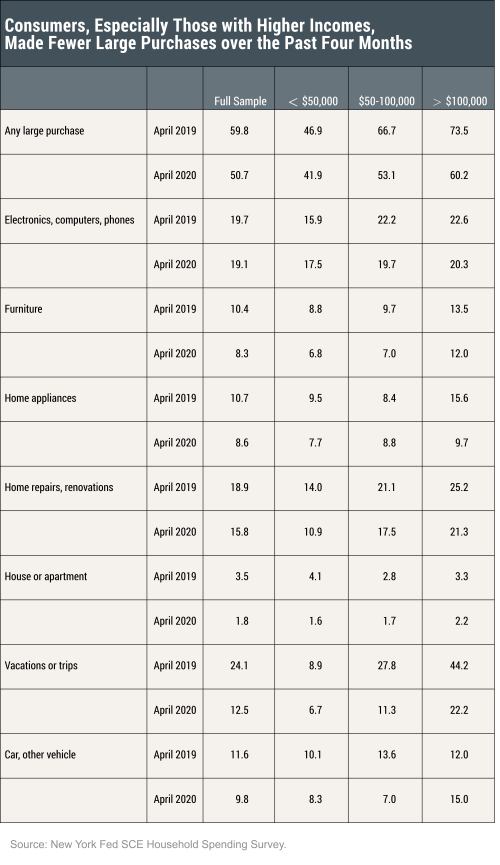 By far the largest decline in spending was on vacations/trips, with only 12.5 percent of respondents reporting such spending over the past four months, well below its previous low of 20.2 percent reached in December 2015. We also see declines in the proportion of respondents who reported making home repairs/renovations and purchasing home appliances and furniture. With the exception of furniture, these declines were again considerably larger for higher-income respondents compared to middle and lower income respondents. We see meaningful declines in vehicle purchases as well, especially among the respondents with household incomes in the $50K-$100K income range.

Turning next to respondents’ expectations, we see a decline in median expected spending growth over the next twelve months to 1.5 percent, compared to 2.4 (2.6) percent reported in December (April) 2019—easily its lowest reading since the first reading of this series in the SCE Household Spending survey in August 2015. As shown in the chart below, the decline in overall spending growth expectations is entirely driven by a sharp decline in expected non-essential spending growth (defined as spending on hobbies, leisure, vacation, and other items that one does not absolutely need). While the median expected growth in everyday essential spending (that is daily living expenses related to what one absolutely needs) increased slightly to 3.2 percent, the median expected growth in non-essential spending dropped to 0.2 percent in April, from 1.4 percent in December 2019, respectively. 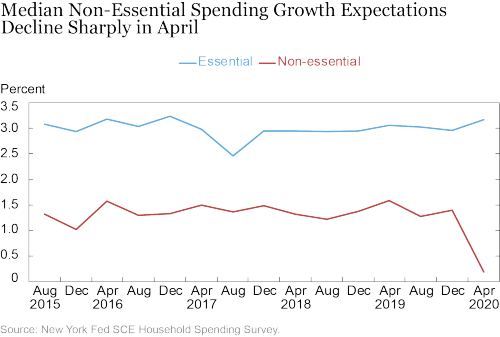 Finally, we consider expectations regarding making various large purchases over the next four months. The average probability of making a large purchase in electronics, home appliances, furniture, a car or other vehicle, or vacations and trips over the next four months all declined in April to new series lows (since this series’ start in April 2015). For most categories the magnitude of the decline was again increasing in income. 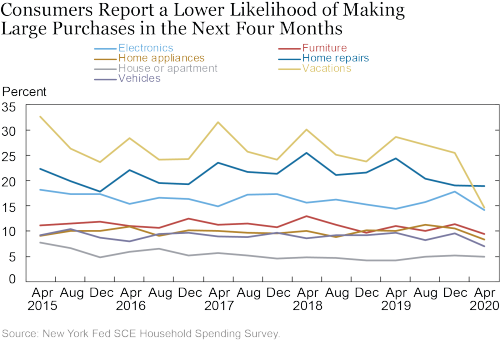 A key determinant of the economic outlook is the extent of pent-up consumer demand. While not ruling out a future recovery, our initial readings from our April SCE Spending Survey suggest that consumers are not expecting a substantial rebound in spending in the near future.

Posted by Blog Author at 11:00:00 AM in Expectations, Household Finance, Pandemic