Where Have the Paycheck Protection Loans Gone So Far? -Liberty Street Economics 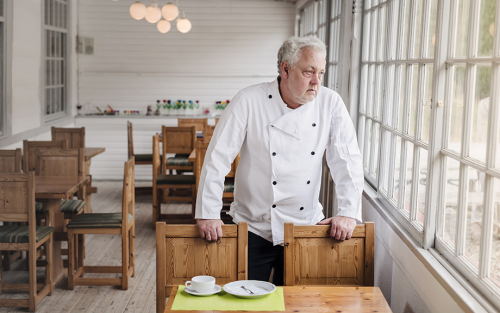 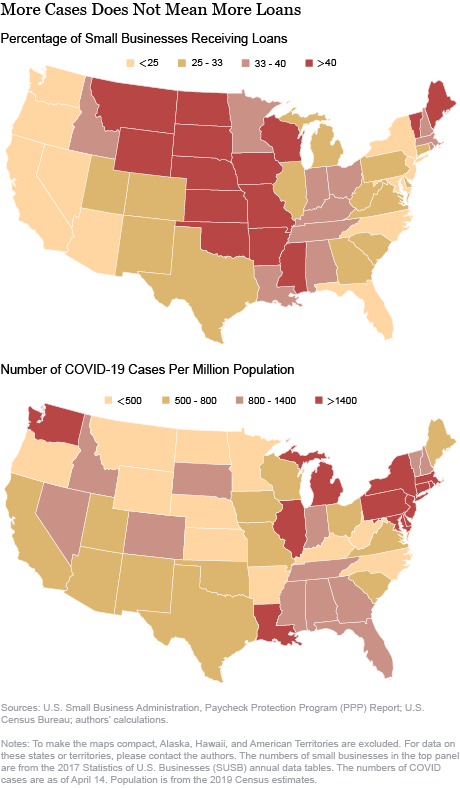 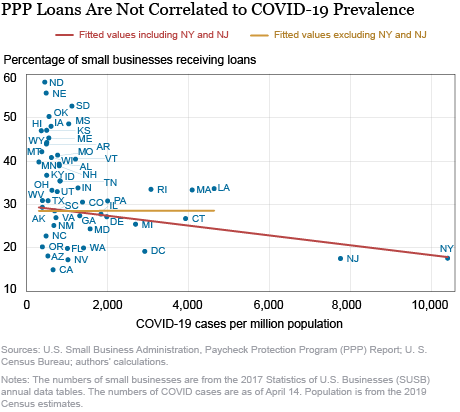 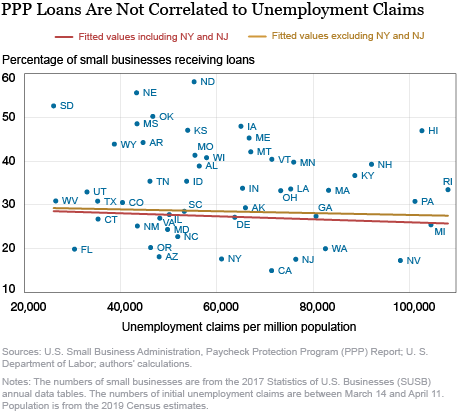 What Are the Other Drivers of Geographical Variation in PPP Loans?
Next, we explore other potential drivers for state-level variation in PPP loans. One commonly proposed theory is that the hardest hit states also have the strictest social distancing rules, which make it challenging for small business owners to visit local bank branches to apply for PPP loans. However, most lenders have set up online application systems and accept e-signatures and e-consents, so this is unlikely to be the full explanation. 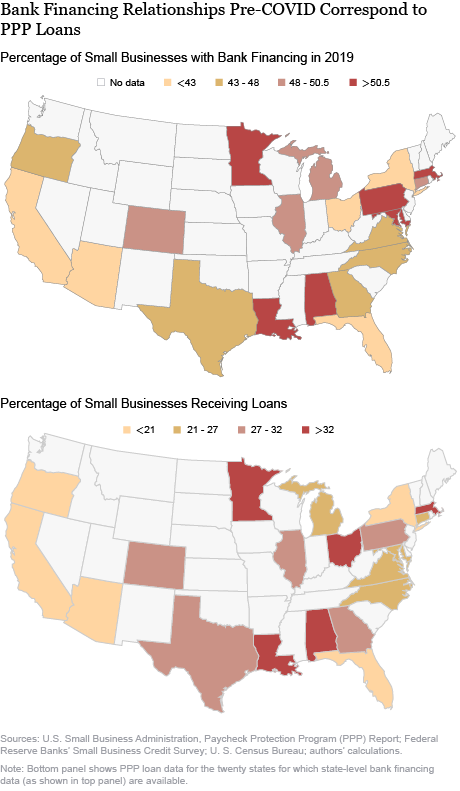 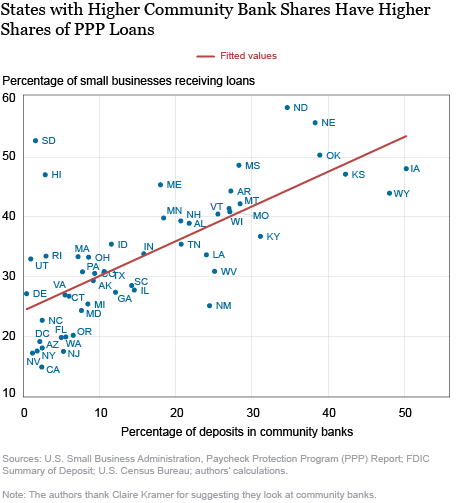 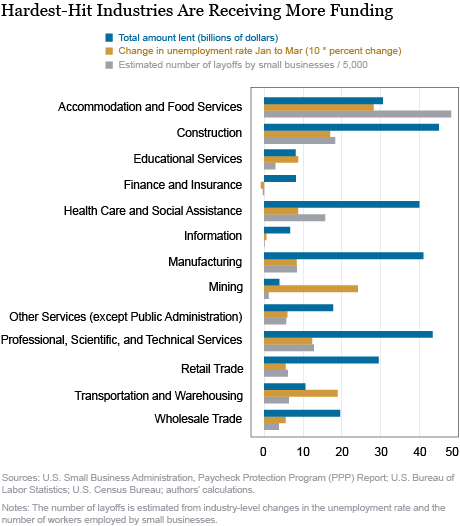 Credit Misallocation?
The economic impact of COVID-19, both measured by the number of COVID-19 cases per capita and by the number of initial unemployment claims per capita, does not explain the geographical distribution of PPP loans. In contrast, we find that lenders’ preference for borrowers with an existing relationship and the market share of community banks are the main factors explaining the geographical variation in PPP funding. These results are preliminary and subject to caveats. We leave a causal analysis to ongoing and future work.


How to cite this post:
Haoyang Liu and Desi Volker, “Where Have the Paycheck Protection Loans Gone So Far?,” Federal Reserve Bank of New York Liberty Street Economics, May 6, 2020, https://libertystreeteconomics.newyorkfed.org/2020/05/where-have-the-paycheck-protection-loans-gone-so-far.html.

Thank you. Your study gave me the statistical support for what I saw from looking at a map for about 5 seconds.

States dominated by large banks did less well. They relied on online applications that had to be tweaked as the rules kept changing. They were slow to allow applications and to make decisions. In the meantime more nimble community banks killed the large banks.

This was not a needs based program, so any attempt to judge if credit was misallocated is wrongheaded. This was, at least as advertised and designed, a helicopter drop of money on SBA defined small businesses. I believe the large states still got the most dollars didn't they?

Thanks for the interesting analysis. Curious to know what other theories you might have considered but ultimately discarded since the data didn't prove them out?