Bitcoin Is Not a New Type of Money -Liberty Street Economics 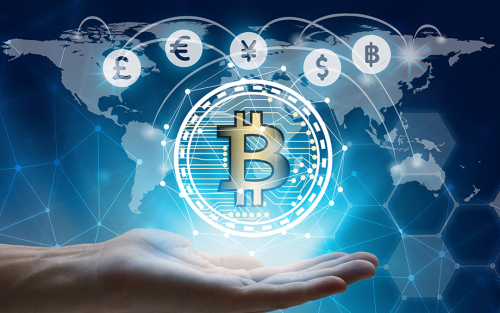 Money vs Exchange Mechanism
The distinction between money and an exchange mechanism is not new to the field of payments. For example, according to a report from the Committee on Payments and Market Infrastructures (CPMI), a body within the Bank for International Settlements (BIS), money refers to the asset that is being transferred, for example currency in your wallet. In contrast, the exchange mechanism is the way in which the asset is transferred, such as physically handing the currency to a merchant in exchange for a coffee.

Classifying Bitcoin
To illustrate how monies differ along these two dimensions, we have built a 3-by-3 matrix combining the types of money with the types of exchange mechanisms and, for each combination, we offer an example. The following table summarizes this exercise.

Monies transferred physically include:
In the United States, many bank deposits are insured by the Federal Deposit Insurance Corporation (FDIC), so they benefit from greater protection than only the promise of the individual bank.

Finally, monies transferred electronically without a third party include Bitcoin, which is not backed by anything; "stablecoins,” which are cryptocurrencies whose value is (in principle) tied to assets; and tokens from initial coin offerings (ICOs), for which issuers offer rights (though not necessarily legally binding) to a product or service in the future. In all these cases, the transfer of monies can be facilitated without a trusted third party. Notably, all of these examples are recent phenomena that have emerged in the post-Bitcoin era.

Conclusion
In this post, we have argued that Bitcoin is not a new type of money. Instead, it is more accurate to think of Bitcoin as a new type of exchange mechanism that can support the transfer of monies as well as other things. Why should we care? History provides lessons about what makes a good money as well as what makes a good transfer mechanism. These lessons could help cryptocurrencies evolve in a way that makes them more useful. But to know which lessons are relevant, it is important to be clear about what is new about Bitcoin.


How to cite this post:
Michael Lee and Antoine Martin, “Bitcoin Is Not a New Type of Money,” Federal Reserve Bank of New York Liberty Street Economics, June 18, 2020, https://libertystreeteconomics.newyorkfed.org/2020/06/bitcoin-is-not-a-new-type-of-money.html.


Posted by Blog Author at 07:00:00 AM in Banks, Central Bank, Cryptocurrencies

Trusted intermediaries are inefficient. They're lowering the automation potential. Furthermore it's open for debate whether or not intermediaries should be trusted at all, especially in an increasingly digital world where the control of your data matters, and with the fact that perfect data protection doesn't exist.

Most (current) users might not care about intermediaries, companies providing services however surely care about automation and reducing operating cost. Removing intermediaries is not dictated by demand, but by economic incentives.

This doesn't mean that banks aren't needed; banks simply need to adapt to the new technologies, like many other services in the past. bitcoin will not conveniently store itself for its users, or allow to be borrowed out of the box to invest and create growth.

All in all it all depends on the amount of users of the network.

Hi Jon. Thank you for your comments. We broadly agree with you and have expressed similar views in a previous LSE blog.
https://libertystreeteconomics.newyorkfed.org/2018/02/hey-economist-what-do-cryptocurrencies-have-to-do-with-trust.html

So the real question: Is there enough demand for a "trustless" exchange mechanism like Bitcoin to justify the resources required to maintain the network?

Very few people are bothered by having intermediaries. Even most activity involving Bitcoin passes through trusted intermediaries---the exchanges.

The problem with Crypto's/ICO's, is a safe place to store, we have seen Crypto exchanges close over night, theft by the exchange, frozen exchanges, embezzlement by the exchange Mgmt, with no insurance to protect the owner's of the Crypto's, and etc. Yes, this could happen to any currency/asset but, there is protection by Insurance/FDIC and etc. Still the Wild West.

But there is a future.

XRP - Ripple - which people tend not to appreciate, has its own means of exchange and use by several Financial Institutions, Money Transfer firms and etc. A system to convert money into XRP- safely, with speed, transfer XRP, between parties(banks/transfer firms) which can be immediately converted into the desired currency. Refer to Ripple for information.

For me the best two currencies are Physical Gold, not paper Gold, and the $USD.