Finally, Some Signs of Improvement in the Regional Economy -Liberty Street Economics 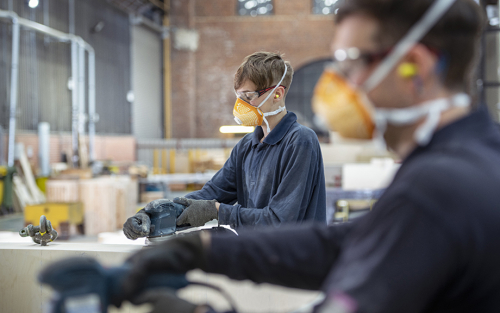 The Free Fall Has Stopped
After a period of sharp deterioration that began in early March, business conditions finally appear to be firming in June, according to respondents of our Business Leaders Survey, which covers service firms in the New York-Northern New Jersey region, and our Empire State Manufacturing Survey, which covers manufacturing firms in New York State. The headline index for the Business Leaders Survey climbed 36 points but remained well below zero, indicating ongoing decline in the service sector, though at a much slower pace than over the past few months. Declines continue to be particularly widespread in the transportation and warehousing, leisure and hospitality, and finance sectors. Despite these declines, roughly one in five service firms noted a increase in business in June, most prominently among respondents in the information and retail sectors. The headline index for the Empire Survey increased nearly 50 points to near zero, indicating activity stabilized in the region’s manufacturing sector.

Employment Has Turned the Corner
Perhaps more encouraging, employment in the region appears to have begun to improve. In supplemental questions, we asked businesses about their employment levels in February (before the pandemic), at their low point during the current downturn, and presently. Nearly half of all businesses reduced their workforce during the pandemic, though these cuts were substantially more prevalent in the hard-hit leisure and hospitality and retail sectors. Across all firms, our survey suggests that employment declined by 18 percent in the service sector and 15 percent in the manufacturing sector at the lowest point of the downturn.

With the gradual reopening of more nonessential businesses throughout the region over the past month, a number of firms have started to recall workers who were let go and some have hired new workers. Indeed, about two-thirds of businesses that reduced their workforce indicate that employment has picked up since hitting its low point. Thus far, however, service firms have only recalled about 15 percent of their laid-off workers, while manufacturers have recalled almost half.

A small number of new workers have been added to payroll in both sectors. New hires were strongest among administrative support firms, while businesses in that industry, as well as in wholesale trade and construction, reported the strongest degree of recalls. Although progress has been made, employment in the region remains well below pre-pandemic levels even with the job growth that has occurred thus far. Fortunately, businesses in both sectors plan to recall additional workers, with firms expecting to have rehired more than half of the workers who were let go since the start of the pandemic over the next month.

The Outlook Has Improved
Looking ahead, businesses in the region expressed optimism that conditions would improve over the next six months, though from extremely low levels. The Business Leaders Survey’s index for future business conditions climbed well into positive territory, led by retail, leisure and hospitality, and transportation and warehousing—which were some of the hardest-hit sectors—as well as real estate. Similarly, the comparable index for the Empire Survey jumped to its highest level in more than a decade. With businesses starting to bring back workers, and more hires expected in the months ahead, there are signs that the regional economy is headed in a positive direction after plunging during the depths of the pandemic. We will continue to monitor economic conditions in the region, and provide timely updates as additional data and information become available. You can visit our Regional Economy website for more information useful in tracking the region’s recovery from the coronavirus pandemic.