The report shows increases in all types of credit, except for home equity line of credit (HELOC) balances. Overall, it looks as if the trend of increasing household debt balances is continuing, and in this post, we further investigate the winding down of deleveraging.

We’ve developed a framework decomposing the change in aggregate balances (first described in March 2011), where we found that the reduction in overall debt was due, in large part, to consumers borrowing less and actively paying down their existing liabilities, although we did find that charge-offs were also a major contributor to the decrease in aggregate balances. In a blog post updating the framework in November 2013, we wrote that “deleveraging is decelerating,” as the cash flow from borrowing approached positive territory. Today, we update the framework again.

We’ll first break down the change in housing-related balances, including mortgages and HELOCs. The chart below is one that we’ve presented in each of our earlier posts, with data through the second quarter of 2014. 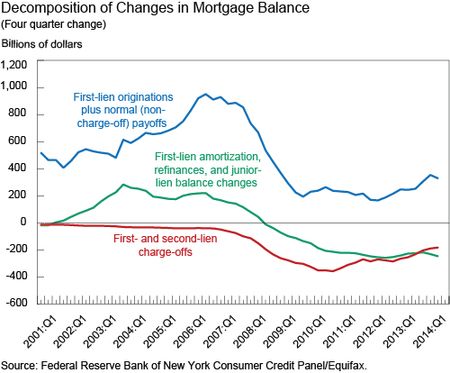 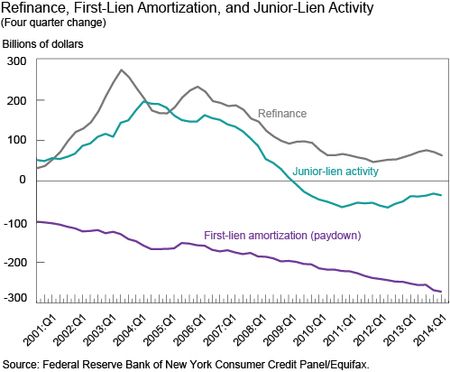 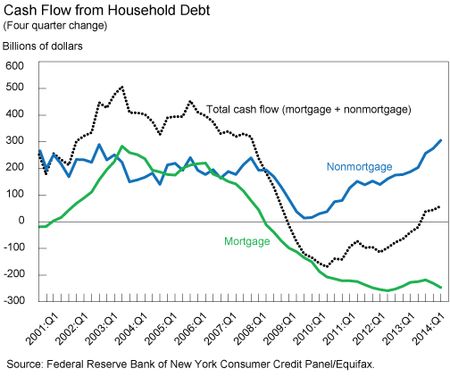