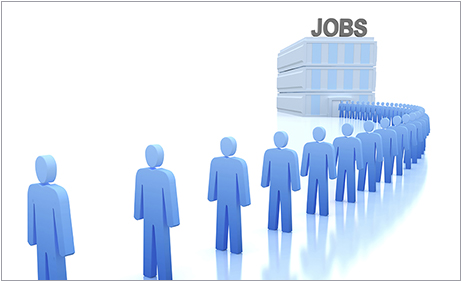 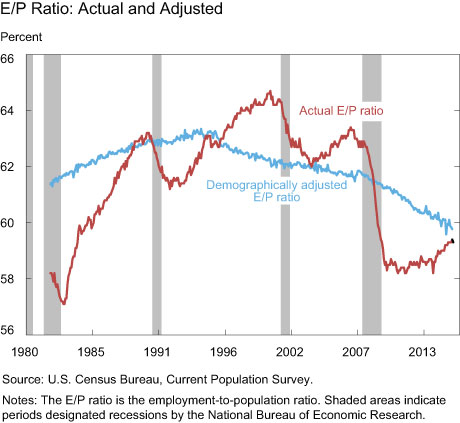 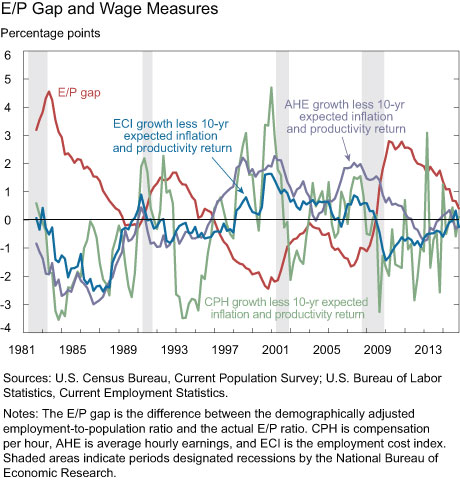 Robert Rich is an assistant vice president in the Bank’s Research and Statistics Group.

Ellen Fu is a senior research analyst in the Research and Statistics Group.
Posted by Blog Author at 07:00:00 AM in Labor Economics, Labor Market, Macroecon, Phillips Curve, Wages

The demographically adjusted E/P ratio declines only slightly during the Great Recession. This seems like a problem. Did lots of people suddenly get older right as the recession arrived?

It seems instead that this is an econometric artifact.

Quite interesting. Could you provide a link to the calculation of the demographically adjusted E/P series?