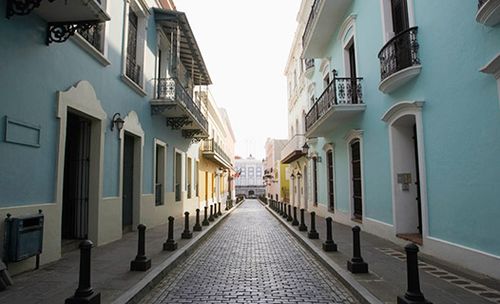 Recent news examining the toll that a decade of stagnation, out-migration, and heavy debt has taken on Puerto Rico draws on work summarized in two Liberty Street Economics posts. For example, the New York Times cited our analysis of the U.S. Commonwealth’s ongoing population decline. In an April post, economists Jaison Abel and Richard Deitz put numbers on the exodus, reporting that over the last ten years, Puerto Rico’s population has dwindled to 3.6 million, a decline of more than 5 percent, which they attribute in part to falling birthrates but mostly to migration to the U.S. mainland.

Exploring who’s leaving the Island, the authors find the migrating class is disproportionately made up of young people without college degrees. The departure of this group may increase the proportion of Puerto Rico’s residents who are college-educated, but it also underscores the need to improve job prospects for young and lesser-skilled workers.

Abel and Deitz go on to describe how population decline perpetuates Puerto Rico’s economic malaise by leaving fewer taxpayers to support a rising debt burden. “[T]hese pressures can create a cycle of economic decay and further population losses that can be difficult to break,” the authors write.

Elsewhere, the New York Fed’s Update on the Competitiveness of Puerto Rico’s Economy, distilled on our blog, informed Times blogger Paul Krugman’s take on the Island’s wider economic weaknesses. The economist-led “Krueger Report,” recommending “a way forward” for Puerto Rico, also referred readers to our study, describing its analysis and references as “excellent.”

Puerto Rico is part of the Second Federal Reserve District.

Anna Snider is a cross-media editor in the Federal Reserve Bank of New York’s Research and Statistics Group.