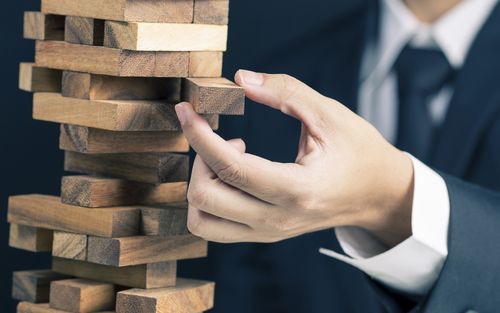 Did the Guidance Bind?

We assess the impact of guidance on leveraged lending activity by examining originations of syndicated term loans. We use a conservative criterion and classify a loan as leveraged if it has a spread over LIBOR of 250 bps or higher. We exclude credit lines because leveraged loans tend to be term loans. Our data are from Thomson Reuters Loan Pricing Corporation’s DealScan database. 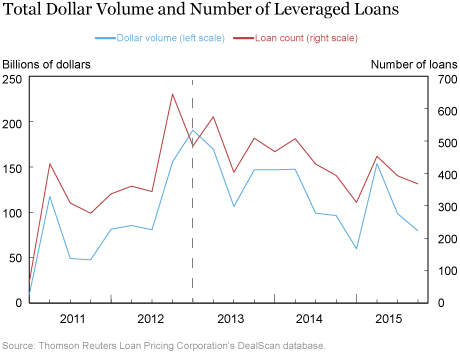 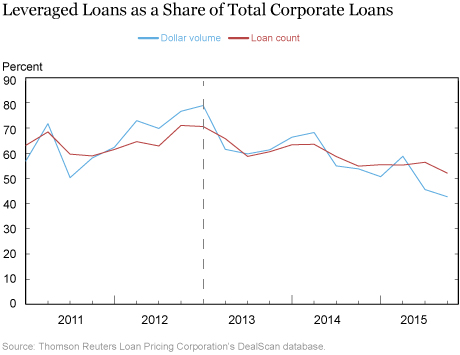 Even though not all lenders have cut their leveraged lending in response to the regulators’ guidance it appears that key players, such as LISCC banks, have. This reduction in lending, however, did not necessarily result in an equivalent risk reduction because nonbanks increased their borrowing from banks, possibly to finance their growing leveraged lending activity. This evidence highlights an important challenge of macroprudential policies. Since those policies reach beyond individual banks and target risk in the entire banking system, they are more likely to trigger significant responses that may have unintended consequences.

João A.C. Santos is a vice president in the Bank’s Research and Statistics Group.

For the charts titled “Response to Leveraged Lending Guidance,” do you think the best measure of leveraged lending is ratio of total leveraged loans outstanding relative to Q1FY11? This is the y-axis, correct? I’m curious what the graph would look like if it was $ of originated loans on the y-axis, like you have in the first graph. That would help understand to what extent the slight decrease in leveraged loans shown on the last two graphs is a function of loan expiration versus a result of less leveraged loan activity.