« Historical Echoes: Echoes, Schmechoes, This Post Only Has a Drop of History in It | Main | Household Consumption Mobility over the Life-Cycle » 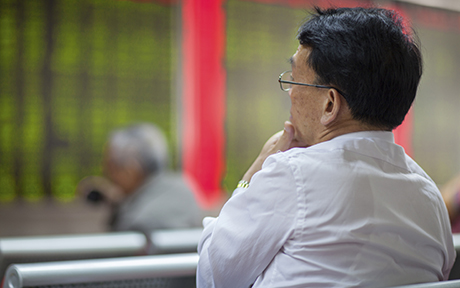 These identities are useful in backing out data that are hard to calculate directly. For instance, most countries, including China, do not calculate their gross saving (personal, business, and government). The International Monetary Fund (IMF) circumvents this data limitation by calculating saving indirectly as the sum of investment spending and the current account balance. Essentially, it rearranges the identity presented in the previous paragraph: the trade balance (measured by the current account) equals the gap between saving and investment spending—that is, CA = S – I. 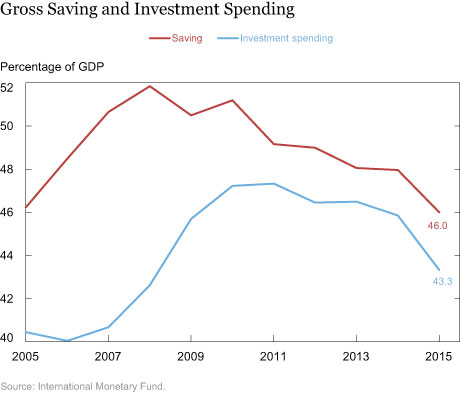 
Moving China’s Saving Surplus Abroad
The chart below shows that China’s saving in excess of investment spending, in dollar terms, rose to $331 billion in 2015 after averaging around $250 billion per year over the past decade. In the past, these financial outflows were in the form of purchases of foreign assets by China’s central bank, because private investors were more interested in investing in China. Explanations for private investors’ interest in domestic assets include high rates of return in China, capital controls that make it difficult to move funds out of the country, and expectations that the currency would tend to appreciate over time given the country’s rapid growth. Indeed, it was often the case that more private money was flowing into than out of China as foreign investors bought Chinese assets. As a result, the central bank had to channel out the domestic saving surplus and recycle back private inflows. 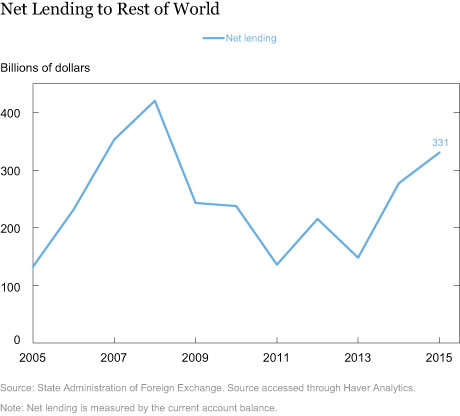 The chart below shows the dramatic change in the composition of financial outflows last year. It uses data on China’s current account balance and its central bank foreign exchange reserves to back out the net flows of private money, since public plus private net financial flows equal the current account balance. This calculation shows that private investor outflows to purchase foreign assets (or reduce foreign liabilities) were $673 billion more than private investor inflows to purchase Chinese assets at prevailing exchange rates. China’s central bank ended up selling $342 billion in foreign assets so that the sum of net private and public financial flows would match the country’s $331 billion surplus saving. Possible explanations for this shift in investment preferences include signs of a lower rate of return on domestic investment spending and a decrease in confidence that China’s currency would only strengthen over time.

For the rest of the world, China is still a major buyer of global assets. What changed last year is the risk appetite of those investing abroad, with private investors replacing the central bank as the buyer of these assets.


How to cite this blog post:
Thomas Klitgaard and Harry Wheeler, “The Turnaround in Private and Public Financial Outflows from China,” Federal Reserve Bank of New York Liberty Street Economics (blog), May 9, 2016, http://libertystreeteconomics.newyorkfed.org/2016/05/the-turnaround-in-private-and-public-financial-outflows-from-china.html.