Readers should keep in mind that the DSGE model forecast is not an official New York Fed forecast, but only an input to the Research staff’s overall forecasting process. For more information about the model and the variables discussed here, see our DSGE Model Q & A. 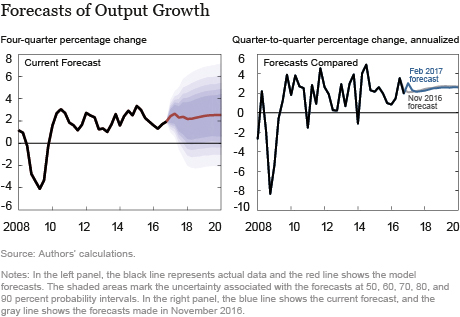 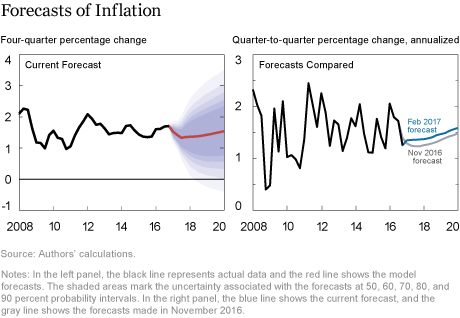 One reason for the moderate inflation forecast is that the level of real output is still forecast to remain below its potential over the next few years, as seen in the chart below. The uncertainty around the output gap forecasts is, however, very large. 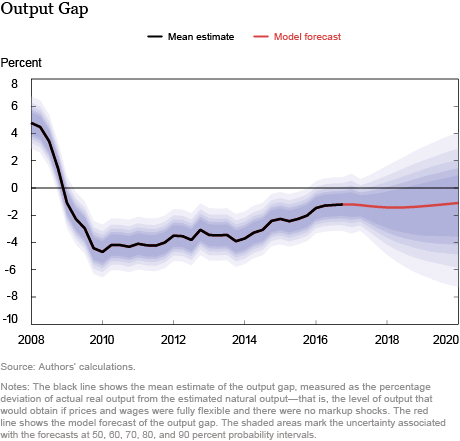 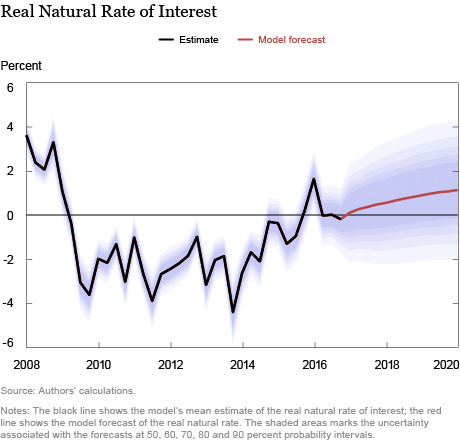