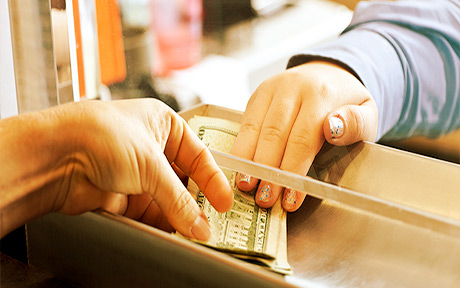 In the earlier part of the twentieth century, before the passage of the Glass-Steagall Act in 1933, U.S. banks routinely carried out commercial banking, securities underwriting, and other activities within the same corporate entity. That model changed after the financial collapse in 1929 and the subsequent Great Depression, with Glass-Steagall mandating a separation between banking and commerce.

The Bank Holding Company Act of 1956, which marks the birth of the modern U.S. banking organizational form, was in large part introduced to end the practice of chain banking. By defining a bank holding company as an organization that owned at least two separate banks, the Act effectively brought any bank group or chain under its authority, thus applying the Glass-Steagall restrictions to those entities as well.

Both loopholes were closed in amendments to the Bank Holding Company Act in 1966 and 1970, respectively, although the 1970 amendment opened another loophole by explicitly defining a bank as an entity engaged in deposit taking and commercial loan making. That definition excluded all deposit-taking institutions that did not engage in commercial lending (to businesses, that is) but may lend to other parties (households, for example). This exclusion thus led to the vast expansion of so-called nonbank banks—that is, conglomerates that controlled such depository institutions while also engaging in a broader range of activities than Glass-Steagall permitted. Nonbank banks were eventually brought under the regulatory umbrella with the passage of the Competitive Equality Banking Act of 1987.

Banking Not that Boring After All

What is the moral of the story here? The point is not to remark that laws and regulations can be too easily circumvented—not at all. Rather, the fact that so many firms have repeatedly chosen to expand their range of financial activities well beyond “boring” deposit taking and loan
making—under a wide range of market conditions and economic
circumstances—seems to suggest the existence of economic forces pushing toward broader firm boundaries.

The Great Depression created the ABCT purge. That’s what lead to the Golden Era in U.S. economics (where voluntary savings were put back to work). So take the “Marshmallow Test”: (1) banks create new money, and incongruously (2) banks loan out the savings that are placed with them. All savings originate within the framework of the commercial banking system. Saver-holders never transfer their funds outside the payment’s system (unless they hoard currency or convert to other national currencies). But the only way to activate savings is for their owners to invest/spend directly, or indirectly via a non-bank conduit. This is the sole source of both stagnation and secular strangulation. The solution is to drive the commercial banks out of the savings business (where the DFIs and NBFIs, the DFI’s customers have a symbiotic relationship). I.e., money flowing through the non-banks never leaves the payment’s system. What would this do? It would make the DFIs and NBFIs more profitable. It would reverse the decline money velocity…