« Size Is Not All: Distribution of Bank Reserves and Fed Funds Dynamics | Main | Tax Reform’s Impact on Bank and Corporate Cyclicality »

This post presents an update of the economic forecasts generated by the Federal Reserve Bank of New York’s dynamic stochastic general equilibrium (DSGE) model. We describe very briefly our forecast and its change since March 2018. As usual, we wish to remind our readers that the DSGE model forecast is not an official New York Fed forecast, but only an input to the Research staff’s overall forecasting process. For more information about the model and variables discussed here, see our DSGE model Q & A.

The July model forecast for 2018-21 is summarized in the table below, alongside the March forecast, and in the following charts. The model uses quarterly macroeconomic data released through the first quarter of 2018 and available financial data and staff forecasts through June 29, 2018. 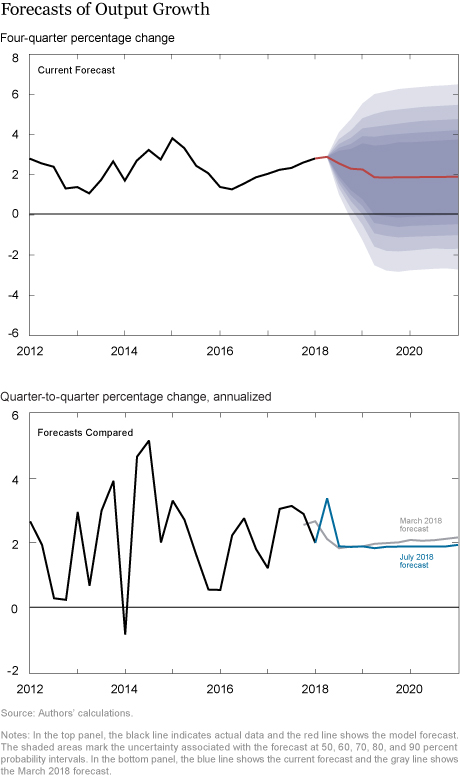 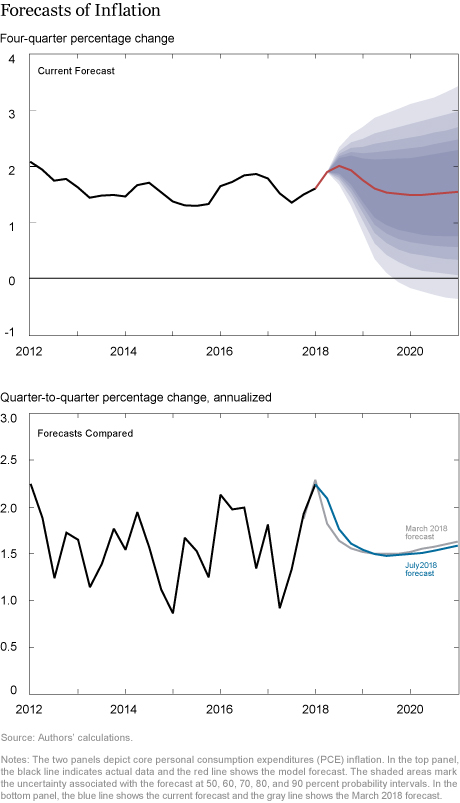 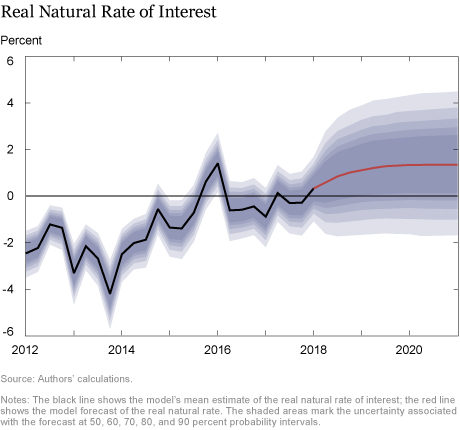 How do the latest forecasts compare with the March forecasts?

Michael Cai is a senior research analyst in the Bank’s Research and Statistics Group.

Abhi Gupta is a former senior research analyst in the Bank’s Research and Statistics Group.

Pearl Li is a former senior research analyst in the Bank’s Research and Statistics Group.