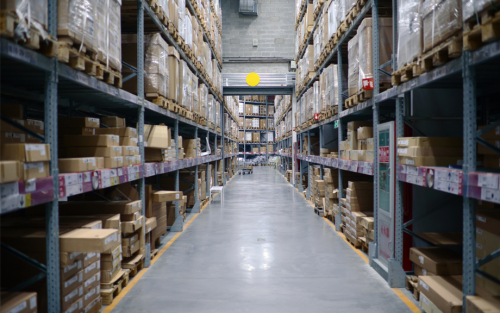 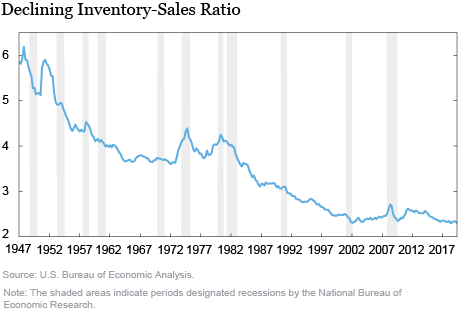 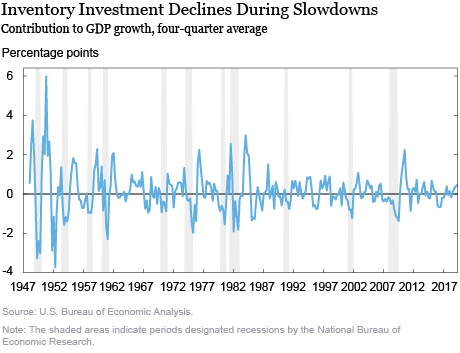 To study whether private inventories act as amplifiers or buffers to shocks, we focus on how they respond to a tightening in financial conditions, specifically the response of inventory investment to shocks to the spread between Moody's Baa corporate bond yield to 10-Year Treasuries (or BAA spread). Academic research has shown that financial shocks are an important driver of the business cycle, and changes in the BAA spread are a good proxy for these shocks. This may be because investors correctly predict a slowdown in economic activity and consequently require compensation for holding riskier securities and credit spreads widen. Alternatively, financial market shocks boost spreads, which lower economic activity by increasing firms’ cost of funds. Either way, we estimate a simple model for the evolution of (quarterly) real GDP, the growth contribution from inventory investment and final sales. As regressors we include the lag of the two contributions in addition to the change in the BAA spread during the previous year and the year prior to that. The corresponding parameter estimates are shown in the table below.