How Does Information Affect Liquidity in Over-the-Counter Markets? 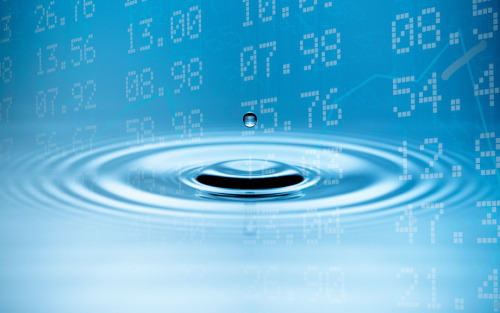 A large volume of financial transactions occur in decentralized markets that commonly depend on a network of dealers. Dealers face two impediments to providing liquidity in these markets. First, dealers may face informed traders. Second, they may face costs associated with maintaining large balance sheets, either due to inventory or liquidity costs. In a recent paper, we study a model of over-the-counter (OTC) markets in which liquidity is endogenously determined by dealers who must contend with both asymmetric information and liquidity costs. This post provides an intuitive explanation of our model and the dynamics of interdealer liquidity.

A Stylized Model of Interdealer Markets

We consider a stylized representation of interdealer markets. First, each dealer makes markets for its clients, who may be interested in buying or selling an asset. Dealers offer a bid-ask spread at which they are willing to execute trades. Next, dealers can trade among themselves. This interdealer market helps dealers manage liquidity. A dealer who purchased an asset from a client would like to sell that asset to rebalance its inventory. Conversely, a dealer who sold an asset to a client will want to purchase the asset in the interdealer market. Dealers have an incentive to trade with each other because they suffer a cost if their inventory is “unbalanced.”

How Is Interdealer Market Liquidity Determined?

Any information acquired by dealers at the market-making stage is useful when dealers expect to trade in the interdealer market. A dealer who is better informed about the true value of an asset could, for example, reject an offer from another dealer if it’s not attractive enough, even though the dealer would have accepted the offer absent the additional information.

In the extreme case that dealers expect no interdealer trades to occur, their optimal response is to exploit their market power over their customers and offer them wide bid-ask spreads. When that happens, markets become segmented, with dealers making markets for their local markets but not engaging in interdealer trades to offset imbalances between local markets. In other words, illiquidity begets illiquidity.

This problem of expectations substantiating and rationalizing a breakdown in coordination is a form of financial fragility, reminiscent of runs in the context of banking or wholesale money markets. In particular, we show that, under certain circumstances, dealers’ beliefs are an important determinant of interdealer liquidity. For intermediate levels of fundamental uncertainty, dealers’ expectations about other dealers’ market-making practices can rationalize either active interdealer trading or no trading at all. Because spreads dramatically widen in the event of a cessation of interdealer trading, markets could quickly dry up if dealers’ beliefs change abruptly. For example, interdealer trading, which accounts for 61 percent of all trades in sterling OTC markets, fell to 2 percent during the sterling flash crash in October 2016. In a report on the episode, the Financial Conduct Authority cited the sharp withdrawal of dealers from interdealer markets as one of the key catalysts of the crash.

If dealers can learn something about the true value of an asset through trading, then they can gather a lot more information by observing many trades. Hypothetically, observing all trades by dealers would reveal the true value of the asset with perfect accuracy. In many financial markets, post-trade processing entities that perform clearing and settlement are naturally positioned to acquire information about executed trades. Trade reporting engines, such as TRACE, are another mechanism through which information about trades can be shared with market participants.

What happens when all dealers know that they will be informed of the true value of the asset before they enter the interdealer market? We find that liquidity improves because dealers no longer have an incentive to learn about the true value of the asset by widening the bid-ask spread. As a result, all dealers set tighter bid-ask spreads, so more trades take place. Since there are more trading opportunities in the interdealer market, it is also easier for dealers to rebalance their inventories and they don’t have to worry about being less informed or being taken advantage of in that market.

When all dealers can become informed, they have fewer incentives to acquire information by setting wide bid-ask spreads, improving liquidity. However, given substantial heterogeneity between dealers, and the profit-maximizing objectives of platforms and exchanges, it is unclear whether rules and practices regarding disclosure will be implemented consistently and effectively. We will explore this issue in a future blog post.