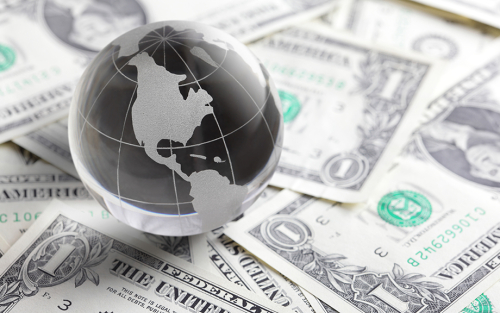 Strains in Overseas Dollar Funding Markets and the Fed’s Response

Financial and nonfinancial institutions around the world transact in dollars. In early to mid-March 2020, amid extreme volatility across financial markets triggered by the coronavirus pandemic, overseas dollar funding markets were severely disrupted. The foreign exchange swap basis spread is a valuable indicator of conditions in U.S. dollar funding markets. The basis spread is the premium paid by international institutions to obtain U.S. dollars in the foreign exchange swap market for a specified period of time. Our calculations use one-week and three-month tenors of the funds, and use the overnight indexed swap rates (OIS) as the interest rates. 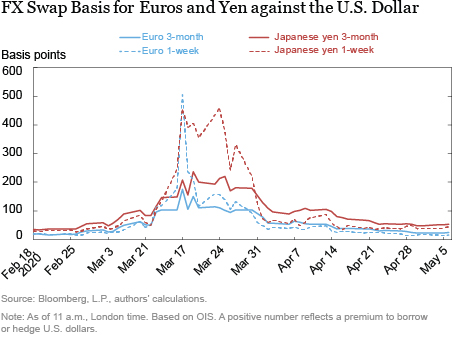 Considerations and Looking Ahead

This post corroborates market participants’ feedback that the swap lines have been an important factor helping to improve market conditions and expand access to dollar liquidity during the period of peak strains in global U.S. dollar funding markets. Nevertheless, other decisive FOMC actions taken in March to support market functioning and the flow of credit in the United States may also have helped ease conditions in global dollar funding markets.

For now the Fed actions helped the Dollar Funding but not for long project there is going to be a major issue on Liquidity and Dollar Funding coming out of Europe. European Banks have a lot of illiquid and Risk Assets on their books which are underwater. It is going to be interesting watch how the FED and Central Banks respond to Debt Deflation.