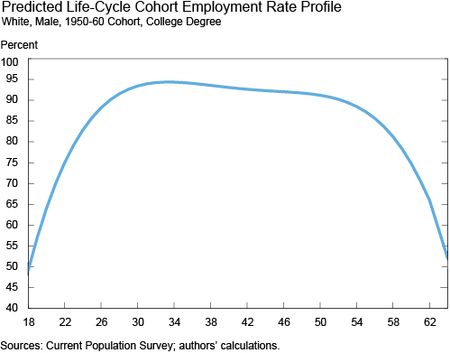 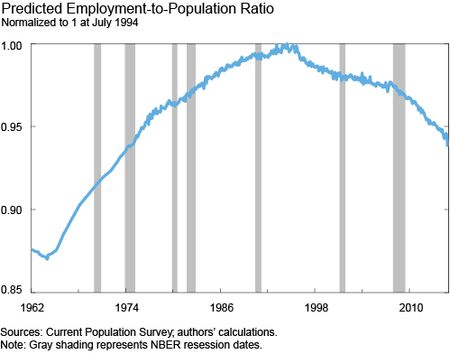 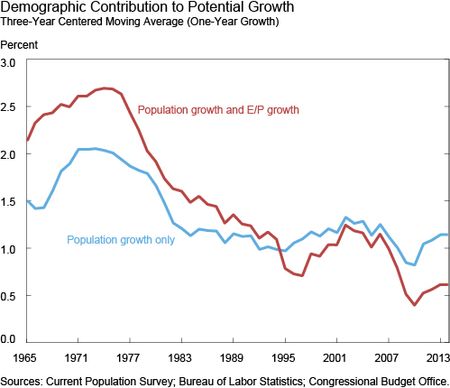 
Samuel Kapon is a senior research analyst in the Federal Reserve Bank of New York’s Research and Statistics Group.

Joseph Tracy is an executive vice president and senior advisor to the Bank president at the Federal Reserve Bank of New York.
Posted by Blog Author at 07:00:00 AM in Demographics, Employment, Labor Economics, Macroecon

A 2nd thought if you want to do more work in this area. I've long thought that the dimensional reduction techniques Arnott uses in this paper to create demographic cohort curves could be useful in looking at issues like growth and savings across countries.

We know from research that peak savings and peak productivity occur at different points on the demographic cycle. By looking across countries, you might be able to infer plausible changes to balance of payments, or growth, or other comparative statics.

Key quote: "A decade ago it was obvious that demographics would be a drag on the economy. Even without the financial crisis, we would have expected a slowdown in growth.

But now the prime working age population is growing again, and we can expect growth to pick up over the next decade."

Nice. A kink in E/P at 07 coinciding with the onset of a badly managed recession. It surely must be a durable trend not subject to policy.